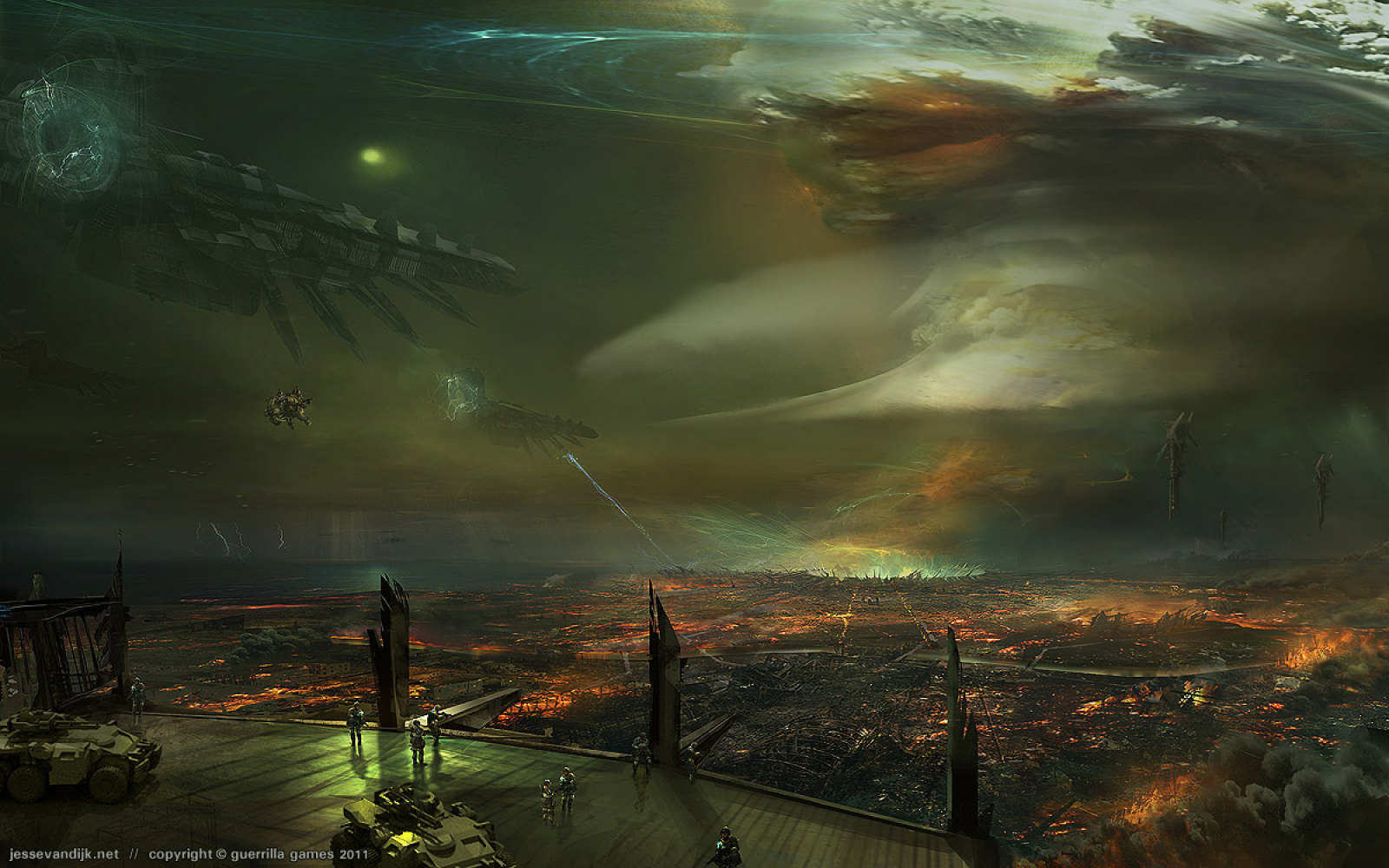 Document written by: Y’hav Kam   Order to obtain the document: [Decay]     Content: This document will cover the history, feats, and their recent activities. The document is under protection, unauthorised release of the document shall face execution.

Dyphire Ironhammer is the first champion of the goddess Huhella and one of the first religious priest of the Davamonda religion. He is claimed to be one of the best space fleet commanders the galaxy has ever seen. He has written and rewritten over 500 books on space warfare, ship weaponry and defences. His knowledge and talents will be the inspiration for hundreds of leaders.

Dyphire is a tall, fit Bellator with cybernetics on his chest covering his heart and the spine. His skin is light grey which gets lighter further down his arms and legs. On the side of his head is a metal plate which acts as a built-in computer system which aids him in complex calculations.

Dyphire is seen wearing old Davaga Empire military uniform to show his age and his experience. On the left side of the uniform is his medals which he has gotten from thousands of years of combat. On the right are his name tag and rank.

Information about his life is difficult to find or unable to be proven ever happened. His life is shrouded in mystery, mainly due to his age and importance within the Davaga Empire.

Dyphire was born in the year 8479BC on the planet Freim. He was suspected to be a slave under the family name Ironhammer. In the year 8460BC he joined the military to become an officer of the Irad space fleet. By joining the military, he unknowingly became free from slavery which he would give himself the last name Ironhammer. He was credited to be one of the best leaders and knowledgable in space combat.

When the Davamonda religion was formed in the year 8445BC. The religion will create the newly formed empire dubbed The Davaga Empire.   There are two stories on how Dyphire became the champion of Huhella. Story one was when Dyphire was patrolling with his fleet then was visited by Huhella, the goddess of space warfare. Huhella declared Dyphire and five other fleet commanders to be her champions and that they would create her offspring fleets to conquer the galaxy. The second story is when Dyphire was outnumbered by Imperial ships and was almost killed in the conflict; however, Huhella saw potential in him and saved his life, but in return, he must become her champion and create the offspring fleet. Neither one of these stories is true or false, but the evidence to prove which one is correct is lacking. However, he would reform the Davaga Empire's space fleet, which was primarily used for defensive operations. Dyphire would make the fleets have a multiparous role that they can easily change in an instant. He would also restructure the chain of command to resemble the modern-day Huhellas Offspring (Davaga Empires Space fleets). After making the first fleets, he would become the high priest of Huhella and would name a planet factory after her.

The battle that broke the Imperium

In the year 8421BC the Imperium invaded the Davaga Empire with over 50,000 ships under their command. Their intentions were to wipe out the Davaga Empire and become the second galactic empire. The first commander to respond to their advances is Dyphire who commanded his firstborn fleet. Which his fleet only made up of just 2,500 ships. Dyphire knowing where the Imperial fleets are heading organised an ambush to halt their advances and organise a counter-attack. When the Imperium arrived they lost over 20,000 ships to the trap and started retreating, Dyphire followed the fleet and destroyed another 5,000 ships. When the Imperium left Davaga boarders, he returned to the empire's capital which was Sabine at the time. He would later be called Dyphire which in Kelackin means 'Hero'. In the battle, he only lost 200 - 500 ships.   Because of his deeds, he quickly became a legend and was offered to become an immortal. Which in time was to be cybernetically enhanced to live longer and to be under cryosleep, only to be awakened when the empire needs him. He gladly took the offer to become the first immortal.

In the year 2235AD, he reawakens to defend the Huhella against the Hive. Sparking the beginning of 'The Wrath of Huhella'. A campaign that would force The Hive out of Davaga system in under 3 weeks. Dyphire would later be reunited with his First Born Fleet and was called to defend the core worlds against the Imperium commander called Messiah Bane. Their confrontation would begin 'The defence of the First Born'. A battle will determine if the Davaga Empire would fall under the threat of the Imperium.

One of the significant achievements Dyphire is known for is his reformation of Space fleets, their tactics, and weaponry. Writing over 500 books on the subject that is still used today as a stepping stone for space combat. Dyphire is the reason dogfights become obsolete because of his inventions of computer systems and weaponry that makes these types of spacecraft useless. He also is the creator of matter shields and gravity deflectors.   Some of his minor achievements are his comedy plays. The most popular one he made is called 'Veo' a story of a slave named Veo, who tricked his master into becoming a slave.

His failures and embarrassments are not public knowledge and well known. We suspect that his major failure is he abandoned his wife and child to become an immortal yet that is just speculation from one of his plays called 'Divine emptiness'. A story that somewhat mirrors his own and events in history. The story follows a character named Lo (Dyphire) a knight of the kingdom Uin (Davaga Empire). Lo is a gifted leader and warrior who later fell in love with a woman named Zet. Over time, the kingdom started worshipping new gods that promise them that they will give them the world in return with worship (The rise of the Davamonda religion). Lo was told he was the champion of Nurn (Huhella) the god of death, but Lo didn't believe in Nurn, so he refused the offer to become the champion. He watches his kingdom become more religious and starting to kill those who don't follow the faith. Lo refuses to believe and walks away from the kingdom only to be met with Thrim the god of kings (possibly Filiare or the ruler of the time), who offered Lo to become Nurn's champion who he accepted out of obligation. When he returned, his kingdom was attacked by the other kingdom (the invasion of the Imperium in 8421BC), Lo defeated the other kingdom with his mighty sword (His fleet who he does sometimes call his sword). After the battle, the people told him to become their guardian (immortal), but in doing so, he must leave his lover Zet, who is pregnant with his first child. Before making a choice on the matter, Thrim showed up and told him that if he refused, he would slay the kingdom and his wife. Being hesitant, he accepted in becoming their guardian. But in doing so, he feels empty and more sceptical to the faith.   If this story tells us is the religion could be fake. However, there is no evidence to support that since the current ruler Filiare is a literal god. Yet it does raise the question if he is the only god and the rest are fake. Yet more evidence is needed to come to that conclusion. It also gives us some insight on what it was like when the faith was introduced, which wasn't a peaceful one, unlike what the Davaga Empire would say.

Dyphire seems to be very motivated in protecting his empire by any means. Be it sacrificing hundreds of ships to prevent the enemy from advancing or wiping out millions of prisoners of war. However, the reasons that motivate him are unknown to us.

He is a firm believer in the Davamonda religion. However, he is a worshiper of Huhella, the goddess of space warfare. Being her champion and one of the first high priest of Huhella.

Being a national treasure, a champion of Huhella and a high priest makes him one of the wealthiest and most privileged people in the Davaga Empire. However, he never seems to spend his wealth or use it for anything worthwhile. We also suspect that he prefers to live in conditions similar to his men which are sleeping in a tightly cramped room with minimal equipment.
Year of Birth
8479
Birthplace
Freim
Current Residence
Huhellas 1st born fleet
Biological Sex
Male
Eyes
Black
Skin Tone
Light Grey
Height
6'12
Weight
70kg
Quotes & Catchphrases

The real victim of war is not the civilian, the king, or the slave. It's the common soldier that will have to relive those horrors for the service of his life, and for the rest of his life.
— Dyphire Ironhammer

Known Languages
Kelackin
Personal Notes:    With what I gathered Dyphire is an extraordinary man, his achievements and his tactics are being used today. I would love to meet him, but I fear that doing so I would be killed before anything. He has so much history and knowledge under his belt that he can give us insight on how the religion came into being. Yet, on the other hand, he is a major threat to the United Galaxy. I fear that we are not prepared in dealing with him or his fleet. I hope that the war ended soon so we won't have that situation.   Personal Notes ended: