Oh, we'll never get even close to seeing all of the islands, and why would you want to? Knowing there's always something more to explore, something more to map, something to see before that's never been seen...that's the fun part!
— Dirure Voana, explorer and founder of the sovereignty of Duvi


Ostari is well known for its wealth of natural resources and its mysteriousness. Many of the islands are unexplored or only a small portion has been explored. Three sovereignties vie for control of the archipelago: the hardworking and adventurous sovereignty of Duvi, the ambitious Ostarian Empire which is currently in the midst of revolution, and the wealthy and enduring sovereignty of Kohri. Despite their efforts, the islands remain independent.

Due to large height of the archipelago, its islands host a large variety of different environments. Dense jungles fill the south, extensive grasslands and forests cover the middle, and frigid tundra dominates the north. 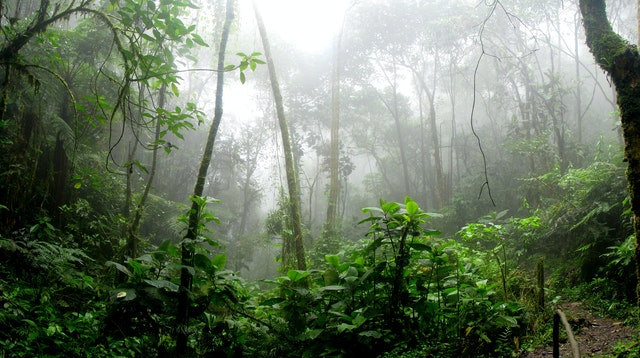 The varied terrain is home to equally varied wildlife. Mammals and birds can be found in abundance on all of the islands. Lizards, amphibians, arachnids, and various insects have less wide of a range but are still very common particularly on the southern islands. The southern islands are particularly well known for being home to rare creatures that can not be found elsewhere like the many colourful birds, poisonous animals, and elephants.

Tourism is fairly common in southern and northern Ostari. Many nobles come to the southern islands to enjoy the vibrant jungles and to the north for its unique hunting opportunities. Tourism is far less popular in other areas.
Alternative Name(s)
The Ostarian Islands
Included Locations
Included Organizations
Contested By
Related Myths

It's fairly easy to see why I chose this as my focus for summer camp: it's pretty barren and empty feeling. I hope that summer camp will spark some much needed creativity and bring some life to this continent.
The lovely cover was made using Azgaar's Fantasy Map Generator and Georgio Widman's map icons.