The Kingdom of Stormhold

The Kingdom prides itself on the prosperity of its riches and grand numbers of available resources. Stormhold is currently sitting on a fortune of approx. 19,750 gold.

An amount of approx. 1,200 battle-ready horses are under control by the Houses allied with Stormhold. Several fleets are under the rule of the Kingdom, with an additional 18 ships that are positioned in Stormhold's harbor.

Prominent events from Stormhold's history.   The Foundation
The origin of the Kingdom goes back to the first war of Aewyth. The founder and first King of Stormhold, Kadric Fall, was the one who spearheaded the rebellion against Lord Dreven Krovarus. The idea of a just and fair society was what Kadric fought for, and it was ultimately what divided the union. The establishment that would later grow into the city of Stormhold began construction in 306. As it continued to prosper, the monarchy was formed. The personal saying of the King, “Through struggle comes perseverance”, was engraved on the coat of arms and would become the slogan of Stormhold throughout the generations.
The Great War
In the late 15th century, the Kingdom of Stormhold went through the greatest tragedy in its history. It was besieged by the Kingdom of Aergoras during a civil war that demanded that the monarchy would be dissolved. During this, the royal family was almost destroyed, leaving only the young Prince to carry on the legacy. This war waged on for months and resulted in massive destruction throughout the city. Districts were burned to the ground and parts of the castle exterior had crumbled.
The Reign of the Bastard
During the early 16th century, a scandal almost dissolved the monarchy from within. The newly crowned King ended up being a bastard of the former King, and held no true right to the crown. This forced a majority of the population to riot, demanding that he would step down. However, there was also a large group of people who stood by him and agreed with his ideals for change. With only a month on the throne, the bastard King was forced to step down and let his younger brother take over. This, however, cost dearly as several noble houses departed from the kingdom’s alliance, taking with them vast amounts of resources vital to the Kingdom’s survival.
The Conquest
Years after the events of the bastard’s reign, Stormhold was in a dire situation as a result of the noble houses departure. It was now paramount that the kingdom would find new ways to acquire resources and get a stable income. The reigning King decided to take Stormhold into a new direction that would shape the very future of the Kingdom. Throughout the century, Stormhold became a force of power. By taking rather than building relationships, the King strong armed his subjects and used all the means necessary to achieve his goals. More and more noble houses united under the King, which only strengthened the might of the kingdom itself. Those who decided to not support the reigning monarch were either banished, destroyed, or killed.
The Alliance of Kings
The monarch, King Daron Fall, spent most of his life trying to rebuild upon the ideals Stormhold was founded upon. From the mid to late 17th century, there were many discussions about allying with the northern kingdoms of Serony. Arkanvail and Stormhold had managed to create a peace treaty despite their troubled past, but with forces growing in all corners of the world, it was crucial to expand upon the alliance. In the 1680s, the new King of Anour Hill, Varthero Delaron, sat down with Arkanvail, Stormhold, and others to form a pact. This was an alliance treaty that would strengthen all of them and unite them under a common cause. At this point in time, Varthero Delaron was crowned the High King. This was the title held by the one who unified the kingdoms. From these events, Stormhold prospered and would become a powerful and wealthy kingdom for the years ahead.

The Kingdom of Stormhold is built on relationships with Noble Houses and Kingdom Alliances.

The Fall Dynasty has maintained its rule over Stormhold since the kingdom was founded in 286.
King Marcus Fall is current monarch of the kingdom with his son, David Fall, as the crown-prince.

The groundbreaking discovery of using Black Powder as weaponry has allowed the Naval Forces to use Cannons onboard their ships. The city itself is still using an older technology of weaponry, like the ballista, catapults & siege towers. 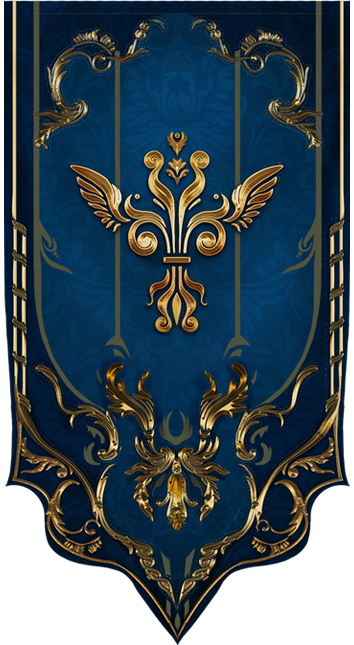