I thought it was my mother. She'd gone missing days ago, and I heard someone at the door. I looked out and it was her! I swear it! It was her face... Gods preserve me, I almost let it in until I saw the handprint on its neck. Its eyes were so... empty. I thought she'd just vanished but... one of Them got to her. That wasn't her anymore, was it?
— Eyewitness account of a Husk

Husks are the semi-living remnants of the unfortunate Esseni who have fallen victim to Revenants. Neither truly living nor truly dead, Husks are driven only by the need to locate and steal the life essence of any other living being in its path in order to feed its Revenant creator.

Through the process of becoming a Revenant, the ex-Knights lose all access to the divine source of their magic, but regain their souls and retain their powers. However, in order to maintain their semi-immortal life and continue to use their divine magic, they now must use their own life force, their own personal essentia. To replenish their essentia supplies, Revenants must steal the essentia of other living creatures. A willing partner may allow a Revenant to take a small amount of essentia to continue to survive. Unwilling participants are drained forcefully of almost all of their essentia, so forcefully in fact that their soul is destroyed in the process. This is a Husk.

Husks lack the need to perform most if not all biological functions. They do not sleep, they do not eat, they do not breathe. They exist only as empty vessels bound to obey all orders from the Revenant that created them. In the Revenants stead, Husks will hunt down other mortals, even those who were once their loved ones. Once they have discovered a trace of essentia in the air, they will not cease hunting down its owner until it has either drained the mortal of all of their life force, or the Husk itself is destroyed. 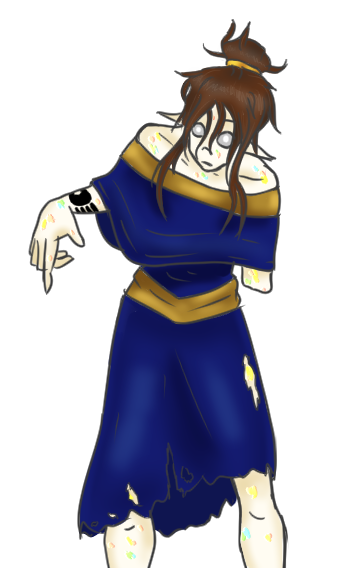 by CrimzN
Mortals that are drained of all essentia die and turn to blackened stone, golden veins of Celestial magic the only remnants of their past life.

Husks appear identical in morphology to the Esseni that they were created from. For all intents and purposes, they appear to be Esseni. The key differences between Husks and Esseni are the eyes, and the black handprint known as the Revenant's Kiss.

Initially, the eyes of a Husk appear normal, if empty. Individuals paying close attention will notice an extreme shrinking of the pupil, causing it to appear nearly invisible. As a Husk becomes older, the whites of the eyes fade to the silvery grey of Essentia magic, and the iris fades to a stark white. At this stage, Husks are far more easily identifiably.

The Revenant's Kiss is a black handprint and the point of original contact between the Revenant and the Husk. From afar, it appears to simply be a black handprint on the Husk's skin. Upon closer examination of deceased specimens, the skin is hardened, turned to stone just as the future victims of the Husk will be. As time passes, a whiteish coloration will begin to spread from the Revenant's kiss, and eventually the Husk will fully turn a sickly white. These advanced Husks appear to be somewhat opalescent in the light, and it is currently unknown why this occurs.

It came out of nowhere! It was Markus but he had this black handprint on his arm. We hardly even saw it before he grabbed Gabriel and... and then Gabriel just... He turned black and went still and Markus was just.... dripping silver from his eyes and mouth and nose and.... What the hell was that thing!?
— Eyewitness account of a Husk feeding

Genetically and physically, Husks are no different than the Esseni, Rahnika or Laiosa that they were made from. The readily apparent differences appear to stem from the destruction of the soul associated with the creation of the Husk.

Husks are unable to reproduce on their own. Additional Husks must be created by a Revenant as Husks lack the capability to shred souls during the Essentia draining process.

Husks can survive in any environment that Esseni can; from the badlands of Nissayria and deserts of Kitain, to the icy tundras and taigas of Miria, Luyue and Rahnik. If a Revenant and Esseni are present, Husks are inevitable.

Advanced Husks may shape the environment to a small degree, the grass and earth turning blackened under their feet as they drain essentia magic indiscriminately.

Husks are not deterred by physical pain as they no longer have the capability of even feeling it. If not appropriately destroyed, Husks will continue to pursue potential prey even after losing limbs. Proper disposal of Husks can only truly be completed by trained Hunters. Hunters have been specially trained by Knights to hunt down Revenants and the Husks that they create. To destroy a Husk, a Hunter must dismember it via any means necessary. If even a single limb is left on the main body, the Husk will continue to pursue its prey. Once dismembered, the Husk must be burned. Once an Esseni has been transformed into a Husk, there is no going back. There is no saving them.

... Unlike most scenarios, the Husk was reported promptly, and as a result containment was completed in a timely manner. The Husk was once a prominent member of the community, so his absence was noted early. The Husk was lured to an isolated location via casting runic spells, and was disposed of appropriately. Once completed, the only remaining step of the process is locating and killing the Revenant responsible.
— Excerpt from a Hunter report regarding Husks

Husks are skilled problem solvers. Much to the chagrin of Hunters and the Esseni they prey on, Husks will do whatever they must to get to their target. Otherwise, Husks will blindly obey orders from their Revenant.

Husks have the unique ability to sense the lifeblood magic of all Esseni. From current understanding, Husks do not have the same kind of vision as Esseni. They appear to see concentrated sources of essentia magic rather than individual people, and are drawn to it. It is unknown at this time if Husks are drawn to essentia by a need to replenish their own lost magic, or if it is only due to the orders from their Revenant masters. 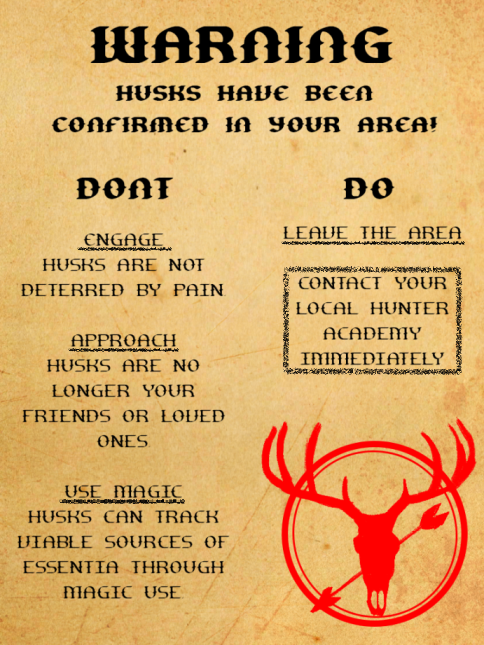 by ChaosTearKitsune & CrimzN
Genetic Ancestor(s)
Lifespan
Until killed
Distinguishing Characteristics
The eyes of an advanced Husk are distinctive; the sclera is silver and the iris is stark white. The pupil has all but vanished due to severe reduction in size.

However, the most distinctive characteristic of a Husk is the black handprint called the 'Revenant's Kiss'. Additionally, Husks that have recently 'fed' are distinguishable as they drip silvery magic known as essentia from all orifices. 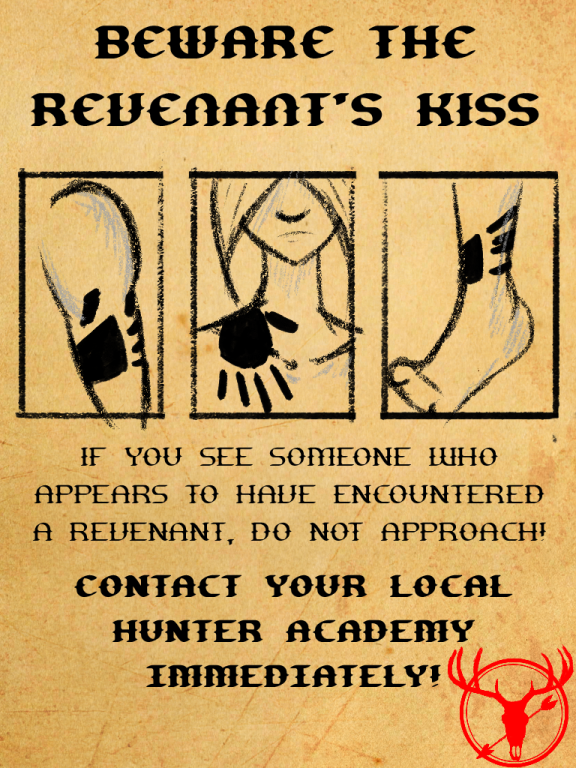 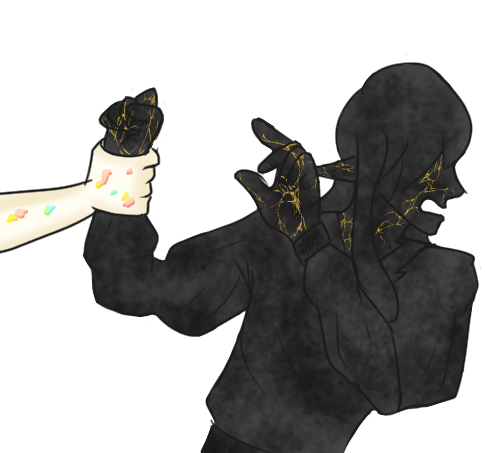 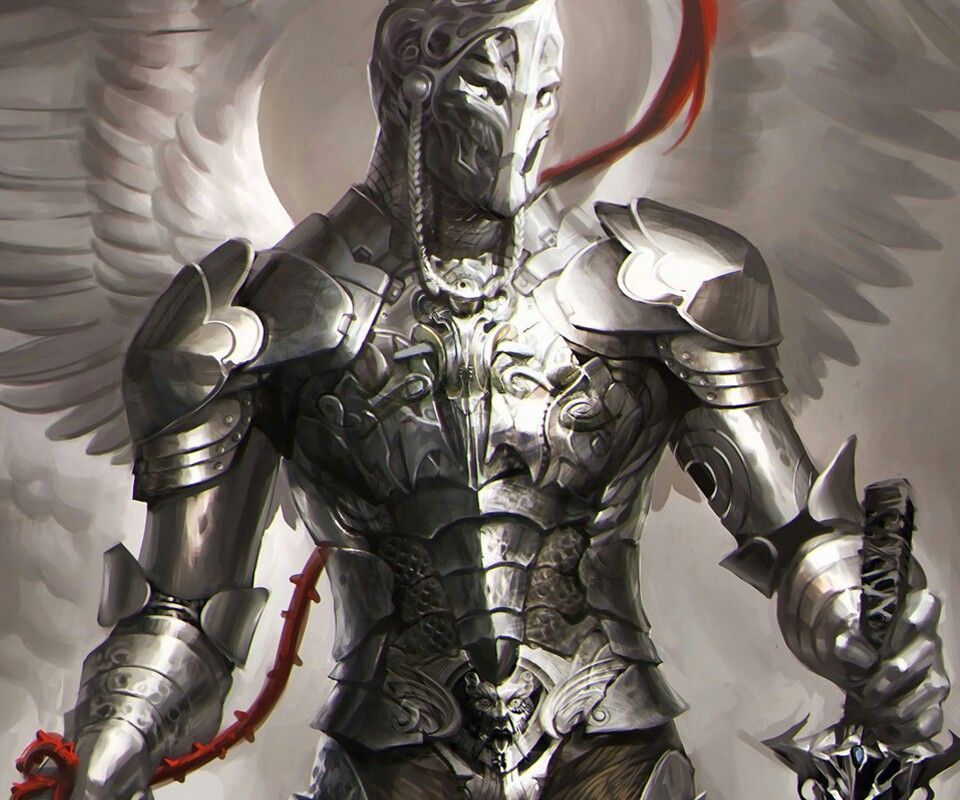 The husks looks absolutely terrifying! (and I love it!) awesome job!

Ah! Thank you very much! :D I had a lot of fun designing them!

You did such a great job! This is a very good read and I especially love the posters you've made!

Thank you so much! I had SO much fun with the posters, haha! Glad you like!