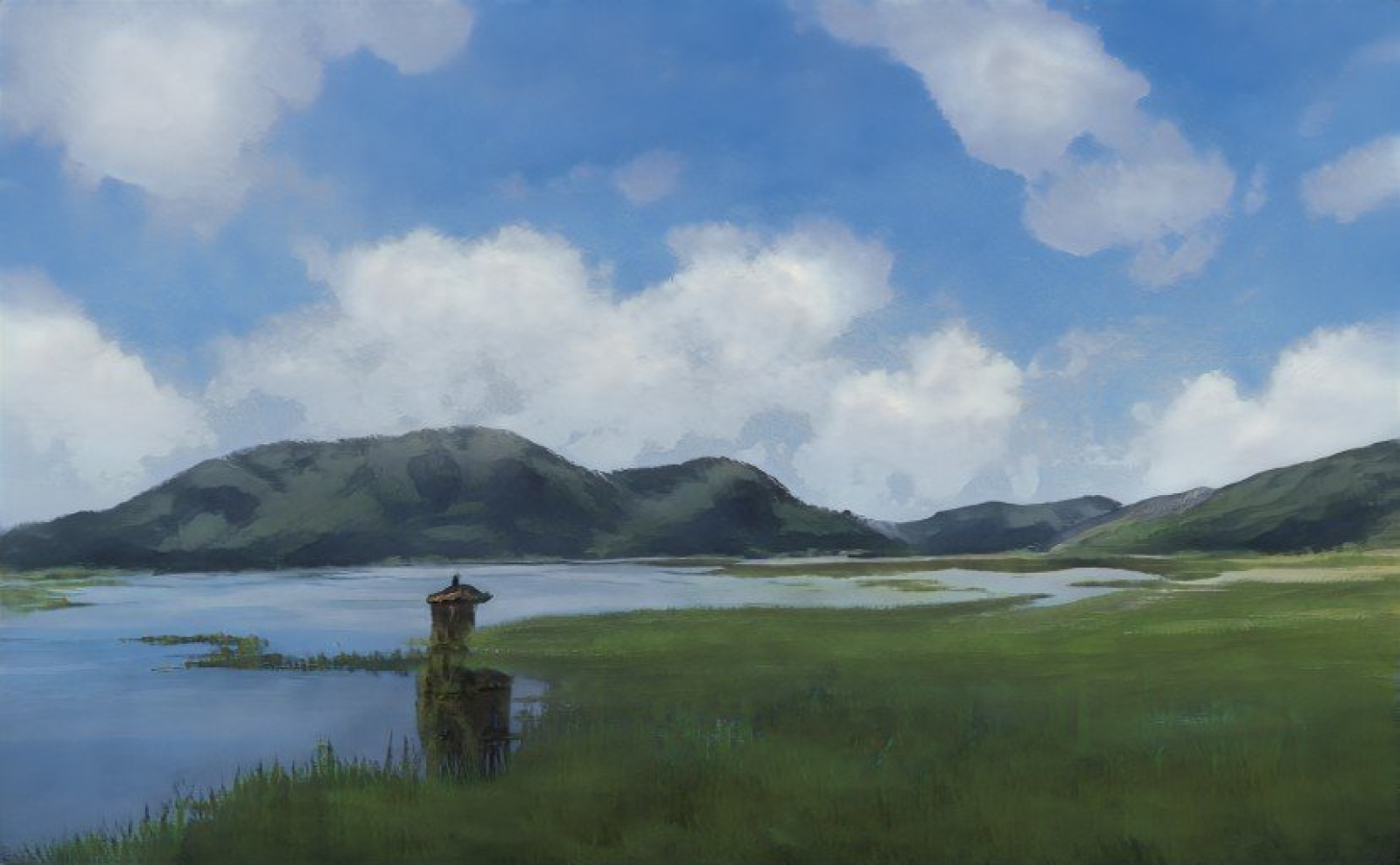 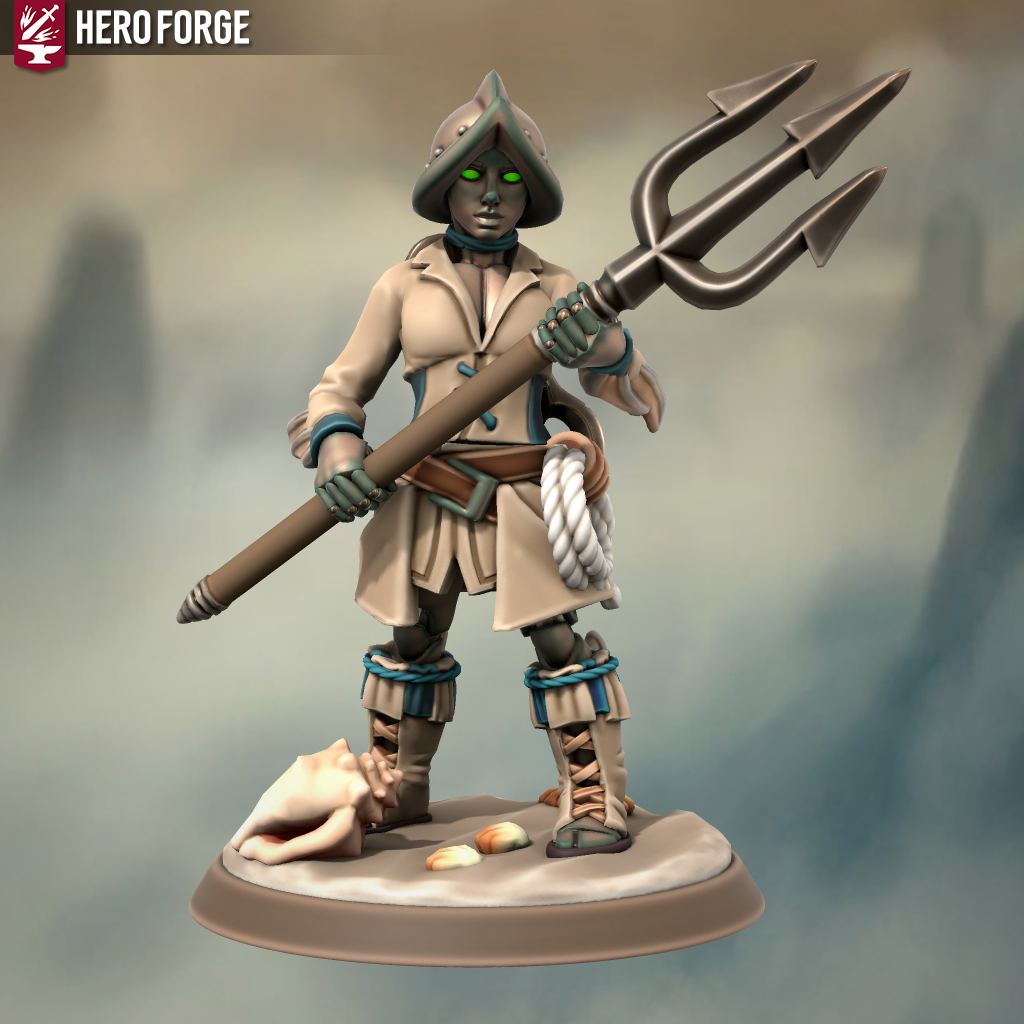 Ticking Anglermaid by Hero Forge
Triskelen technology includes a plethora of clockwork devices empowered, augmented and controlled through arcana focii. Arcana is uncommon Triskelens due to the difficulty involved with learning and using it, but no less common than among the other peoples of Farforth.

A family-oriented sort, Triskelens are obligated by ancient code of conduct that requires them to help people get home to their own families, especially when they are found marooned or adrift at sea. This code holds no exception for enemies; helpless opponents should not be killed, and all wartime captives should be returned to their own peoples at the end of hostilities. Search-and-rescue crews are the Triskelen equivalent of adventuring parties. This fact permeates the Triskelen heroic mythos, as great mythological figures are often portrayed as those that lead others to safety.

Triskelens prefer light, brightly-colored clothing that is easy to move in and which features a plethora of pockets for carrying goods. This is a product of their adventuresome history atop the lake's waves: a useful item should always be at hand, and it pays to be visible against the backdrop of wild nature.

Triskelen art and architecture emphasize natural themes, appropriately elevating motifs associated with freshwater, mangrove, and temperate island environments. More terrestrially-themed works of art center around pastoral scenes of orchard and apiary life, as these are major products of Triskelen-majority towns like Gulderry.   Triskelen music tends to be upbead and features many songs meant to accompany nautical or coastal labors. The fiddle, hurdy gurdy, and concertina all play major roles in Triskelen songs, alongside vocal accompaniment, hand claps, and stamped feet which tend to encourage audience participation.

Triskelens have a polytheistic religious background, with temples to various deities situated in contexts relative to their various deific portfolios. Triskelens often stop by these temples to consult with oracles there or seek benedictions for various endeavors, especially long and potentially dangerous journeys.

The Kingdom of Rosethorne is majority Triskelen in composition. Indeed, many consider Rosethorne a thalassocracy due to the fact that a narrow majority of its territorial holdings lie in the water of the Grand Triskele Lake, including the cluster of small islands across which Castle Rosethorne is strung. 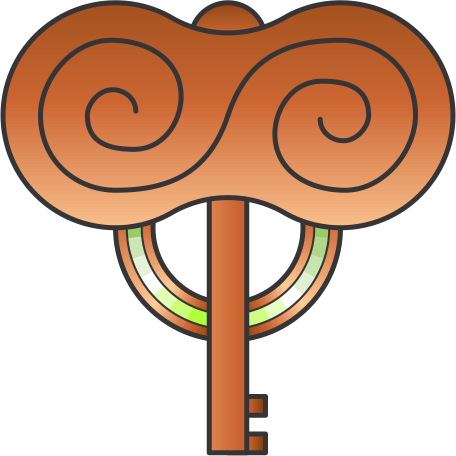 Winder's Guild Signet by BCGR_Wurth
Many members of the Winder's Guild are Triskelens due to their penchant for gathering eclectic resources - including raw materials, literature, and technology - from across the Grand Triskele Lake and environs. Halls of Archetypes are scattered throughout the region both on land and at sea. Naturally, waterborne municipalities like Puncheontown tend either have a large Triskelen population or, if elsewhere in the world, draw heavily from their aquatic architectural heritage. 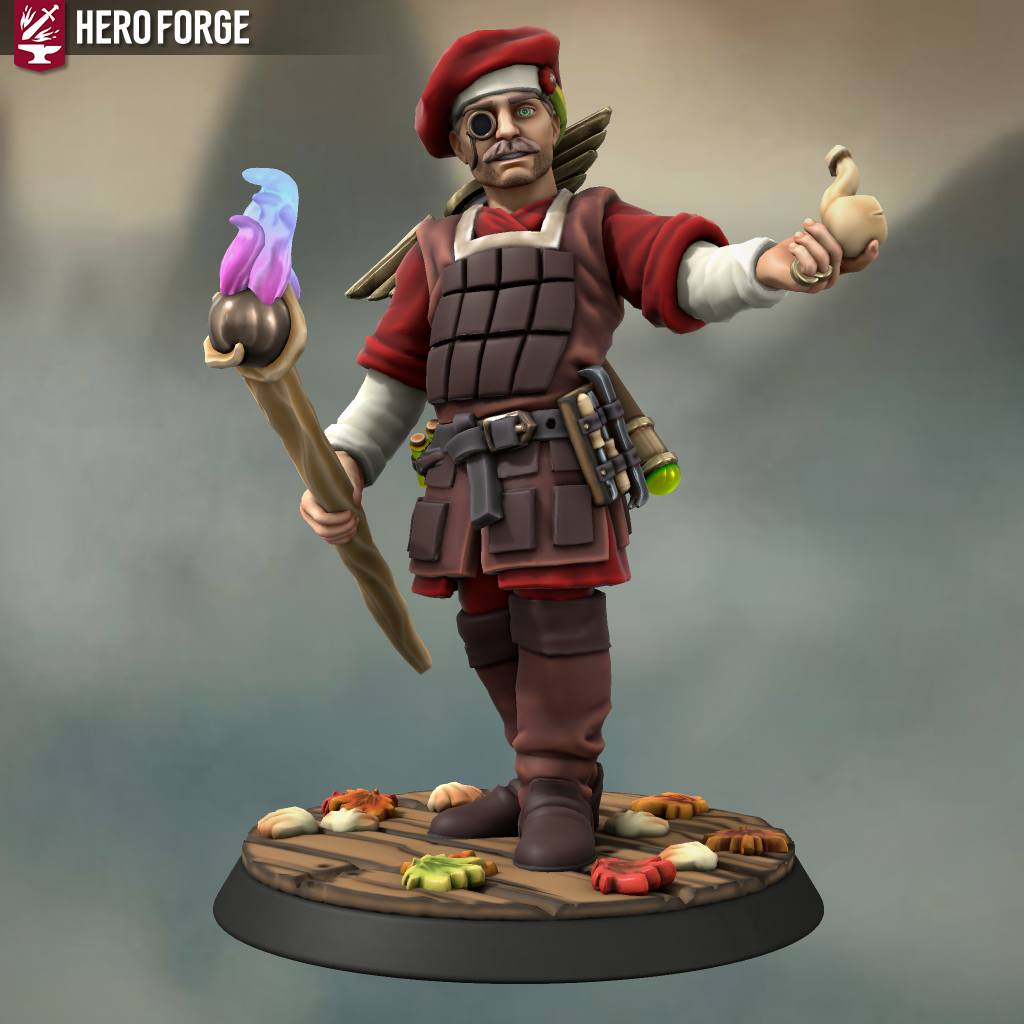 by Hero Forge
Eustorgius Polycarp, a prominent Triskelen scholar better known as the Transmuter of Gulderry.

Answering: "Α culture who lives by, near or within an ocean, desert or other expanse"
Visit BCGR_Wurth's Competition Page Check all other answers to this prompt Competition Homepage