You are barking KIDDING me. Togalk got 12. AGAIN. Im might go fell myself, barking damn. ShhhhRRrk. Okay okay. Agains. This time, using my stones. Im not losing again, is yor turn to buy liquid next.
— Izzet, living in Branch

Mole bowling, or Mowling, is a game played in pubs all across The Great Tree , in the city of Branch. Played between two people, it's a game of chance and skill; a series of rounds are played, and the winner at the end is determined by who has the most points.


Mowling traces its roots into The Down Deep , where it was originally played between bored cave explorers. When explorers first discovered that the Clockwork Moles could be roused from their resting state, they used the knowledge to help find sources of clean drinking water. However, it didn't take long until they began using the moles in other, less productive ways.

One twist, two twist, spin it like a leaf. Rappa rap rap on the head. Let it go, watch it go!
— Waking a Clockwork Mole from rest

The older, and more dangerous version of Mowling. Purists say that playing with actual Clockwork Moles is the only way to play, and the version played in pubs is just a sad imitation of the true game.   The danger of playing a round of Mowling while in The Down Deep comes not from the Clockwork Moles, but the caves them selves; it's frighteningly easy become lost in the darkness. In order to play the game, one of the two players must move into a nearby cave tunnel, providing ample opportunity to become hopelessly lost.   The game is set up by having both players collect 5-10 rocks, of different sizes, and labeling them with point values. Together they scatter the rocks against the cave wall with another adjacent or parallel cave behind it. After that, the player taking the first shot gathers up a resting Clockwork Mole, and heads out. Players of Mowling must have significant directional awareness, for both playing the game, and finding their way back.   The shooting player, once in position, has to do their best to properly position their Clockwork Mole. They need to take into account changes in elevation between the two caves, along with approximate direction. New players often entirely miss, having no idea where to send the mole. Once the approximate heading has been determined, the mole is activated, and it digs a straight line through the rock walls. Hopefully it reaches the other cave, and hits one of the designated rocks with points on it, scoring the appropriate amount of points.   Play continues until both parties choose to quit, or one becomes lost to the darkness.

The pub version of the game has been enhanced, with more rules and actions added. The clockwork moles themselves have been removed from the game; a Clockwork Mole released above ground would tunnel straight through anything in it's way, including houses, pubs, and The Great Tree its self.   The pub game is played with two players. It begins by having the players randomly decide who will be first to set up the "stones", and who will have first shot with the "mole". The players should be sitting across from eachother at a table. It's then customary to decide on how many rounds they will play -- usually 3.   The stones player will place all the dice in an empty cup, and shake it up. They'll place the cloth with the marked circle onto the table, then place the cup upside down on the cloth, within the circle, therefor randomly spreading the dice within the circle.   It's then up to the "mole" player to make their shot.   Their goal is to flick the mole from their end of the table, aiming to knock one of the "stones", or dice, from the circle. When a dice is knocked out, whatever face is showing is the point value they obtain. If two dice are knocked out of the circle, they take the higher point value, and subtract the lower.   The game ends after the chosen number of rounds, with the winner being whoever has the higher amount of points. Generally the loser buys the next drink, and play continues. Occasionally new challengers join the table, hoping to earn a free drink or two from their opponents.

-5 to 10 stones of various sizes, ranging from egg sized to head sized, each marked with different point values   -one or more "resting" Clockwork Moles   -an up to date personal map of nearby tunnels in The Down Deep

5 dice (stones) -1 "mole" per player
Moles are pieced of carved wood, usually personally carved by the player. The wood is carved into oblong bean shapes, the size of a thumb -- an approximation of the overall shape of a Clockwork Moles   -1 empty tankard   -1 piece of cloth with a 12" diameter circle marked on it 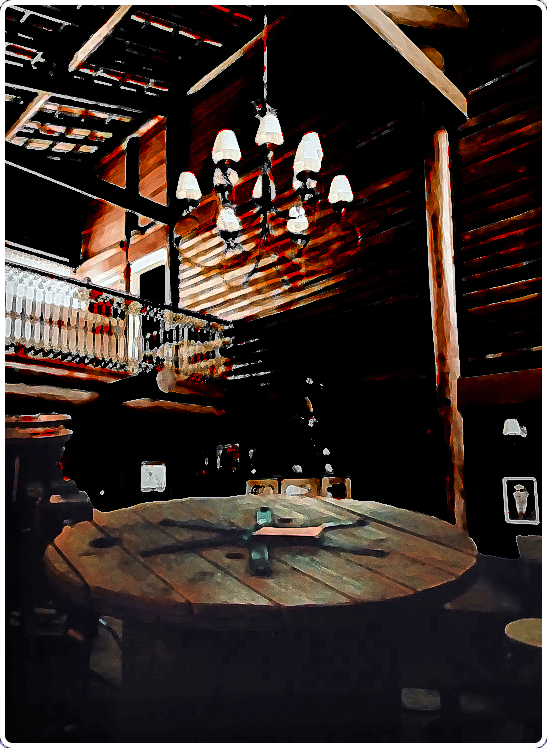 Images created by Stormbril, via images sourced from https://pixabay.com and https://unsplash.com/