A disconnect, causing disbelief of one's own death

She said she'd wake me up for the sunrise. She always woke me up so we could watch the sunrise together. She doesn't know where I am, and I can't find her... I need to get back home, she's probably worried. I need to get home! Let me go!
— Soul suffering from Dissillusions


An intentional part of Synthacrosia's design is the fact that it strips a select few memories from each new arrival. In particular, the memories nearest to the soul's death. The intent is to ease them into the afterlife. Abruptly finding out that they've died can be quite trying on some folk, and Locorin designed Synthacrosia to avoid that as best it could. The Tower of Souls was intended to be the happiest post-death existence it could be. 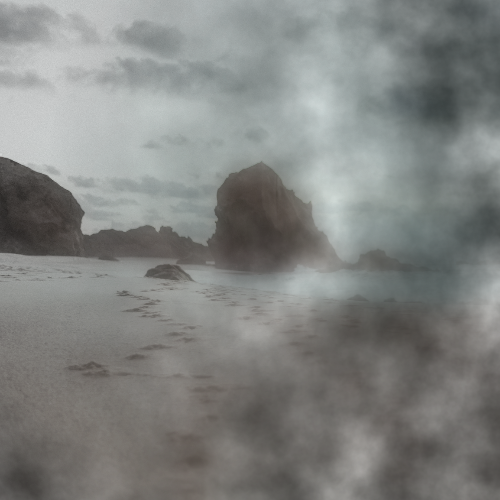 Memories will be taken from a soul upon their entry to Synthacrosia. The tower, through whatever machinery is contained within the walls, somehow knows which memories to take, and when to return them. Over time, it will drip feed select memories back to the newly arrived soul. Hopefully, they'll be in a place where they're ready to accept these memories and revelations.   This process sadly goes wrong sometimes.   Souls who have died a particularly hard death, via betrayal or disease, or having left unfinished work behind, occasionally suffer from what is known as Dissillusions. As the tower slowly attempts to return the souls memories of death back to them, they reject it, fully believing themselves to still be alive.

Most often, Dissillusions are brought on by particularly jarring deaths. The kinds of memories that one would find hard to face, and instead choose to repress, or outright deny. Souls who have died violent deaths at the hands of those they trust are among the more likely to suffer Dissillusions. Children who suffer any sort of violent end are also at a higher predisposition to suffer from Dissillutions.   Aside from pure violence, lonely and unexpected deaths also form the sort of memories that can be hard to come to terms with. Occasionally someone will die in such a freak way, that they themselves will find it unbelievable. They'll play it off as some sort of disturbing practical joke being played on them, and be utterly convinced there's no way possible that they've died. Dissillitions stemming from these types of repressed memories can be among the hardest to come to terms with.

Having unresolved business causes Dissillusions at a lower rate than violent deaths. However, when it happens, it's usually much harder to witness. Dissillusions of this variety usually come about when a newly deceased soul has a sick relative they were taking care of, a new love in their life, or a big moment coming up soon for them. Whatever the source may be, their prior life was so focused around it, that when they die, they cannot let it go.

Get the FUCK out of my WAY! I need to get medicine to take home. I just need a little bit more to take home!
— Unknown Soul suffering Dissillusions

The first of two commonly used treatment methods to help treat Dissillusions. It's usually done slowly, and carefully -- exploring a suffering soul's memories the wrong way may trigger them, and cause them to become incredibly angry, or incredibly sad.   The dissillusioned soul will usually be sat down with someone who is well versed in a variety of types of death. The person helping usually has strong interpersonal skills, which will help them to navigate the dissillusioned's memories. They'll begin by talking to the dissillusioned, asking about their life. What was it like? What was their childhood like? What kind of plans did they have, what did they want in the future?   Using this method, the intent is to slowly point out fallacies in the Dissillusioned soul's current beliefs; these thoughts should help them realize their death, and come to terms with it.

When Memory Therapy doesn't work, the next step is to usually enter the Dissillusioned soul into a deep, magical sleep. This is best done on the First or Second Floor, where there is no need of food or water; here the suffering soul can rest for as long as it takes. Eventually, the soul will be woken from their slumber, hopefully having healed their memories.

The least used, and most brutal method. Occasionally this results in doing more damage to the Dissillusioned soul, and thus is rarely applied. The person attempting to help will bluntly point out facts to the suffering soul, in attempt to shock them into realizing they're dead. Examples include: "You've been here for 50 years, and haven't aged a day. Your wife is long gone by now. Your kids have grown up. You missed your appointments, because you died".
Summer Camp 2019