Giant cave in the north mountains near Vutteisia, Paiynion boasts giant crystal formations that go dozens of feet in the air. The crystals formed millions of years ago from the nearby faultline leaking lava and heat. However, for most of history, the crystals were hidden underground. A few thousand years, an earthquake caused a landslide that left the cave in its current form.

The surrounding civilizations have known about Paiynion since near its reveal thousands of years ago. The earthquake, already terrifying at the time, opening up this cave was horrifying to ancient Rabbitkin and humans. The landslide is said to have destroyed a village at this location, in fact.

News of the cave quickly spread. The magic that could be felt be even the worst mage, was a sign of monsters then. No more monsters appeared, but none could approach to make sure then. The amount of ambient magic was poisonous if not outright deadly.

Thus, stories spread of the Paiynion Cave, the Jeweled Mouth, where monsters were born. With deadly breath, it was the mouth of an enormous monster the size of a mountain. It had been asleep for generations, long enough for the forest to grow over it. Villages still send offerings of food to the entrance today, in hopes of keeping it asleep.

Its said that with a great rumble the earth opened up, and its maw was revealed. With teeth of crystal taller than trees, an old magic rolled out like the breath of some great beast.
— Local folktale


In recent years a expedition from Yiselxà Academia has found that the ambient magic has decreased from when Paiynion first appeared. Furthermore, the magic is actually the wrong signature for Void magic, the typical source of monsters. The magic is actually Ether magic, making the cave the largest known pool of ambient Ether. 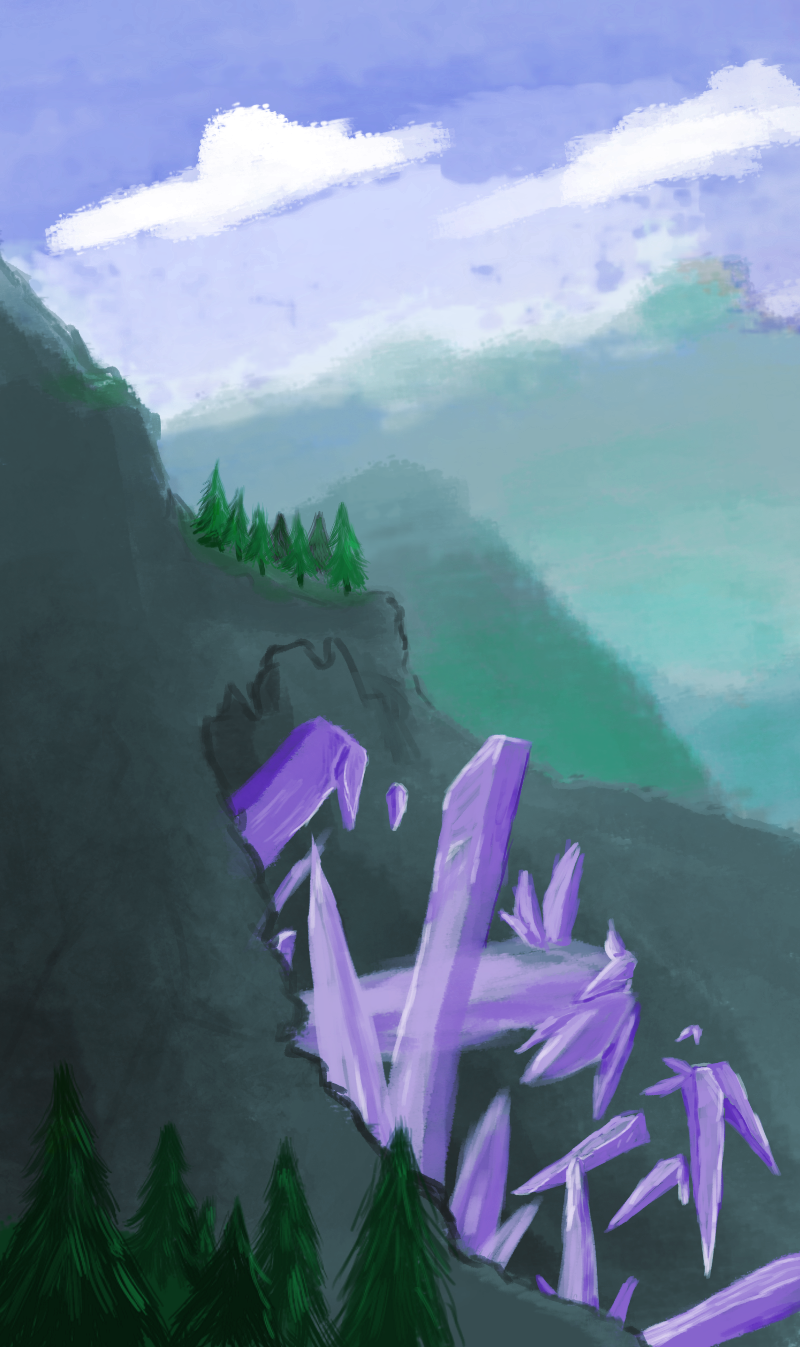 Answering: "Describe the most impressive landmark in your world."
Visit minttea's Competition Page Check all other answers to this prompt Competition Homepage

Were there any actual monsters or did the ambient energy just make people uncomfortable and make stories of monsters?

There might have been one or two just in the area, but mostly the magic was unsettling. I mean anything that magical has got to be dangerous.

This is a cool article! Your art is beautiful and I really like the imagery in your in-world quote. Has some particularly brave (or insane) person tried to explore the cave at all?

Thank you very much! I think one or two might have risked it. Maybe I should figure out what they found. And maybe write a journal entry about it.