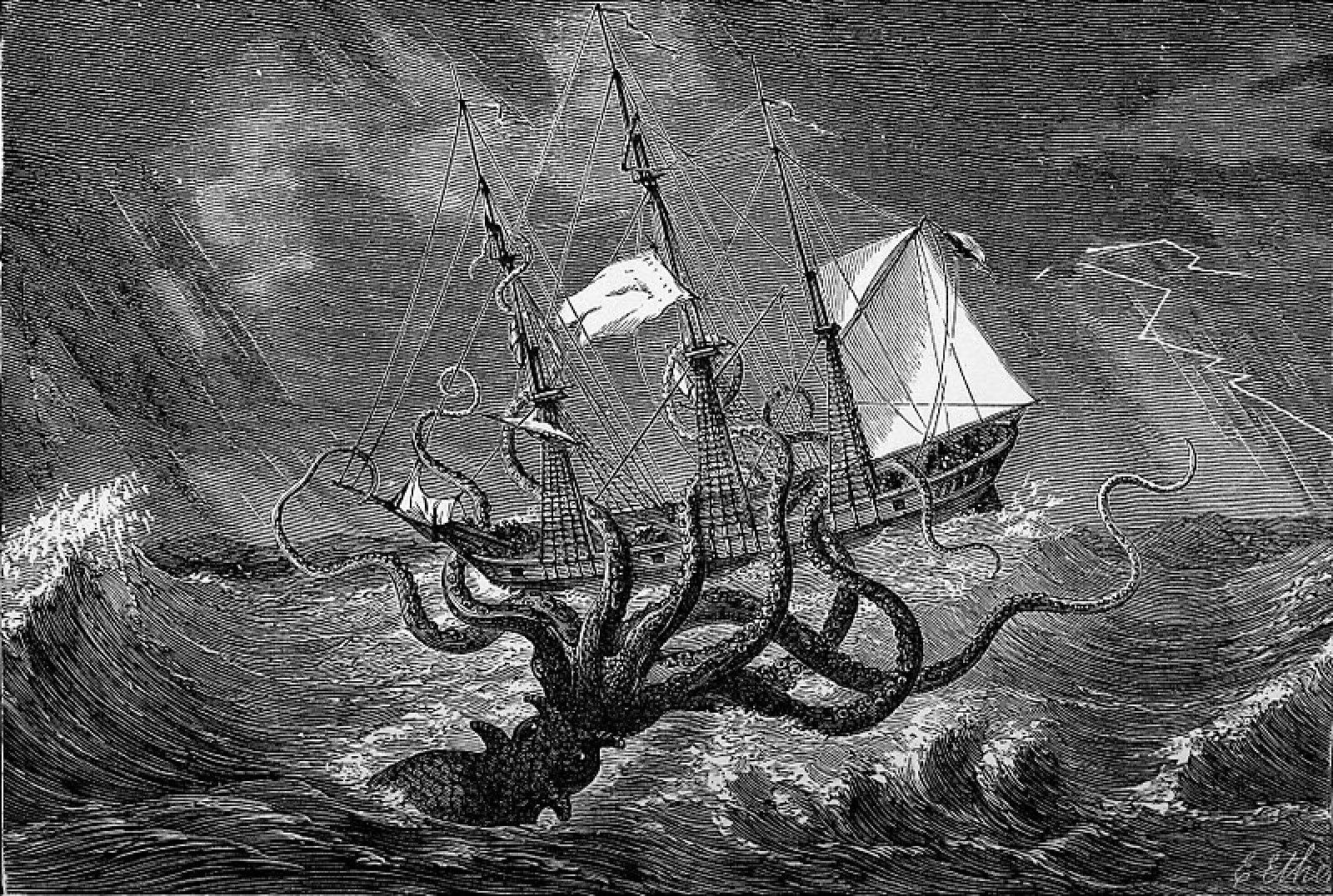 I wonder if there's something else on the other side of the vast seas surrounding Shireon. Maybe we'll never know since all ships trying to explore the seas get eaten by the Sailor's Nightmare.


The Sailor's Nightmare is the main reason why Shireon is the only known landmass in the world. Crushing every ship trying to leave the continent, the Nightmare has stopped every single attempt to explore the seas beyond.

The Sailor's Nightmare is a gigantic octopod, its body easily the same size as a large ship. Its huge tentacles are almost twice the length of its body, and strong enough to reduce any ship into splinters. Some eyewitnesses speak about eyes "the size of a person," but it might be an overstatement.

Considering how dangerous it is to get close to the Sailor's Nightmare it's not surprising that there hasn't been a lot of research into this creature's habits. The little that is known about its hunting strategies is patched together from tales of the survivors.

The waters turned pitch black around our ship. This was the first sign that something was wrong. We'd heard the tales, knew what would happen. Still, even though we tried to turn the ship around and sail back into the Bay, it was too late. A huge tentacle shot out of the sea below and wrapped around our ship.

The cracking sound from the monster's hug of death was sickening. I was sure we were all dead. We were far away from shore, and if we lost the ship there was no way we would be able to get back. Atella, praised be Her name, decided that I should be spared. I still don't know why. After the ship sank only a handful of us were still alive, clinging to the scattered remains of our vessel. We all drifted away from eachother. I never saw any of them again. 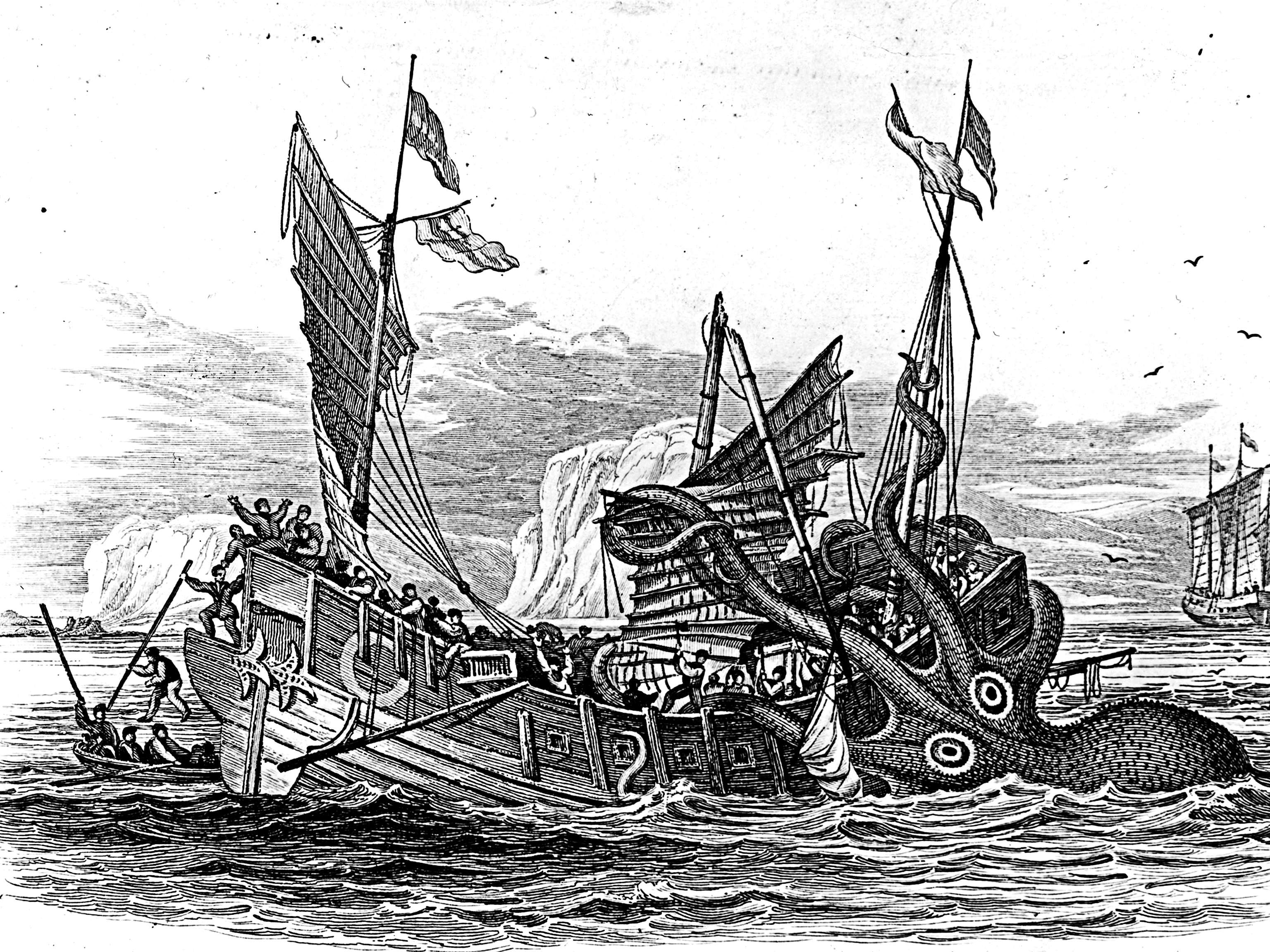 Poulpe Colossal by Pierre Denys de Montfort
Estimated number
Unknown
The myths say it's only one, but that seems highly unlikely as it has been observed in more places than one at the same time according to reports.
Geographic area
All around the continent of Shireon
Never enters Vutara Bay
Diet
Unknown, but the most likely theory is that the Sailor's Nightmare eats whales and other large sea creatures.

Devil of the Oceans