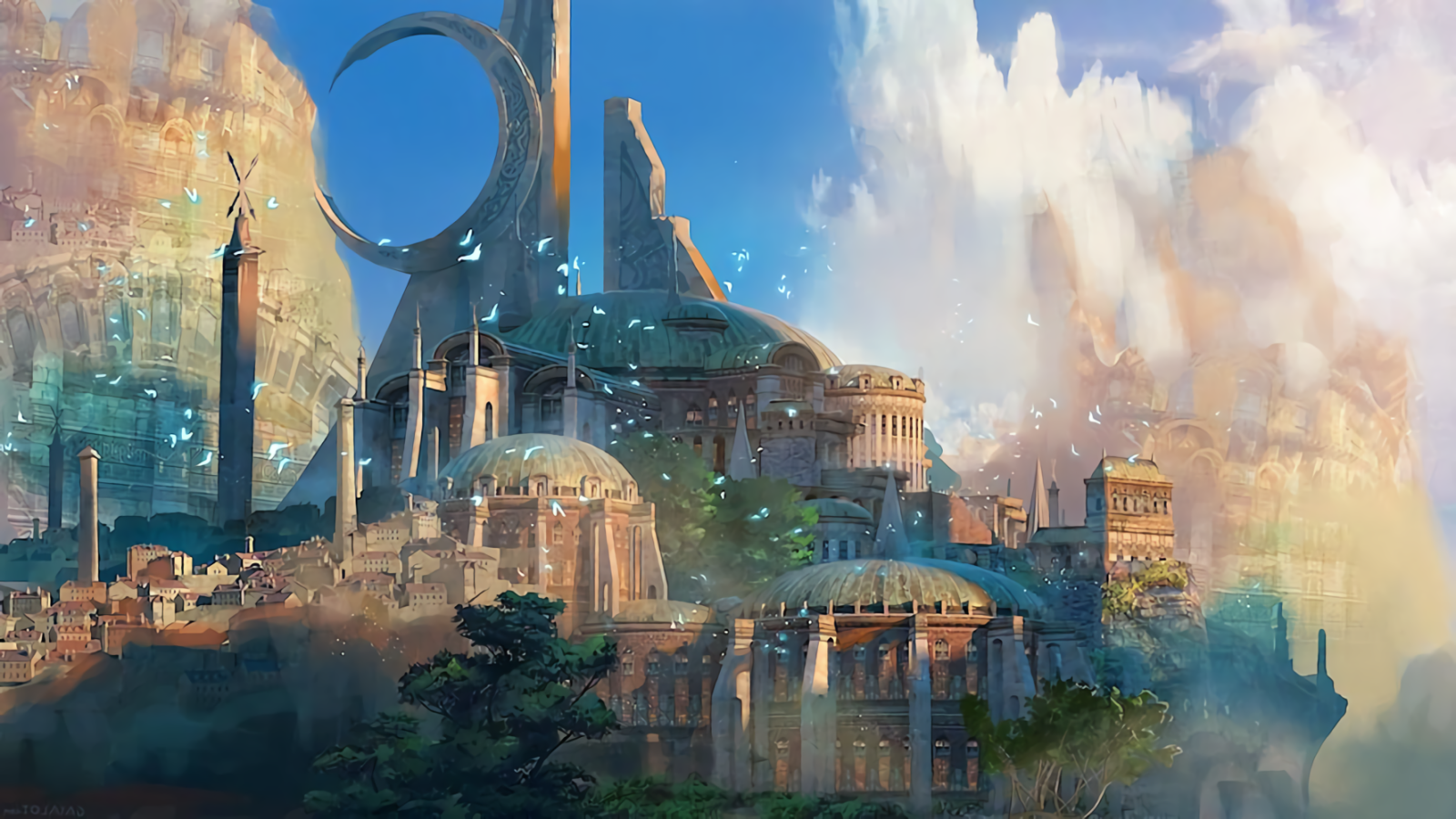 It's rather hard to describe Prima Materia, given it is technically the starting point of every part of the multiverse. It is cold and hard; hot and soft; sweet and umami; Here and There; Up and Down; it is all those things and more because it is the original substance. It is the metaphorical clay that gods sculpted the worlds out of out. It spawned along with the first Gods by the First Mother. A kind of afterbirth that was ready   In more scientific and less mythic terms, it's a type of exotic matter that appears as an evershifting mass before a creature touches it with intention. The First Mother Made two big mistakes in regards to this substance. The first was discarding it when she saw that it coated her son, Aleph, and two, instead of destroying it, she simply flung it away. And after every subsequent god, she also flung it away until there were billions of tons floating in the Aether,    The seventh child of the Mother, WaW, wandered away from his home after being insulted by his brothers over his useless arms. Eventually, he found the scintillating substance waiting for him deep in space. His longing for a solution was enough to attract a small sample of the 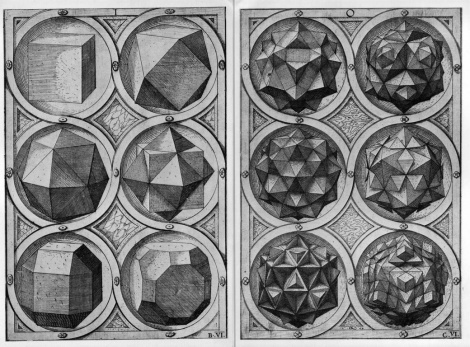 Solids by Jean-François Niceron
Prima Materia is vaguely aware that it could be so much more than it is, and so after years of neglect, the substance begins to change. It doesn't have any sentient mind to shape itself, so it begins to do an infinite number of permutations until it can settle on something. The whole mass that was never used by the Gods turned universally white and hard, like an egg. However, in this complete change, it removed the part of itself that can understand other beings' desires as it succumbed to its own. It now seeks to improve the world as only it can. 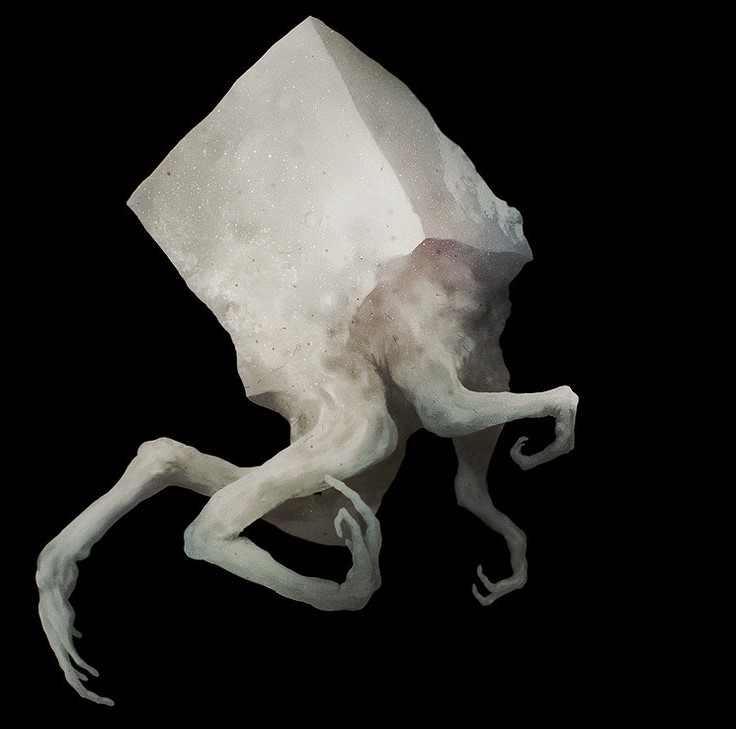 Cube Egg by Garrett Schultz
Some smaller shards began to fling themselves at the worlds, seeking the warm light of life and the touch of a creator. With no way to communicate this need, they began to change things to gain attention. Creatures infected with this changed variant begin to grow numerous replicated structures, such as eyes appearing where none should exist; many grow useless tendrils or tentacles as the material seeks to use itself up anyway it can. These Corrupted find themselves no longer in control of their bodies, being used as vectors as a plague. The two solutions that seemed to work were fire and ripping chunks of a planet's surface to remove the Corruption.   The first time it happened, it was seen as a fluke. The second, a horrifying coincidence. The 10th, a rampant problem. After that, the plans for new worlds were scrapped. Those shed planet layers became extra material for the substance to make more of itself, but their entire mass was slowly making its way towards the worlds. Slower than the shards, but still fast enough to be a problem that needed solving now. The only immediate cure to the Corrupted was fire   After the invention of the Firmament, The formerly united Universe was now Each god who encapsulated the world survived but must put much of their energy keeping it in place. The Corrupted Prima Materia is still out there, seeking a way into the world.

The space between realities is overrun with the substance. Realm space is now abandoned as only nonmagical realms would be safe from detection.

It originated with the first The First Mother

Discovered as a byproduct of the first mother's first child by the seventh child, who used it

The gods used to work with it constantly to craft a massive interconnected universe, but sadly, the unused portions have ruined their millennia of work.

Where once it was their welcome tool in their project to populate the universe, Gods now smite any alchemists who are found attempting to create the Prima Materia.

Before the largest stockpile Corrupted itself, it was safe, but sometimes some have imagined e