A Request to the Skies

Yesterday, I found a sky without sun and a man without a floor; a saint in a prison and a sad song no one owned.
And I met your black eyes. And now, for real, I can't live without them

In the plane of Love, Tears + Pop Icons, the sun rises each morning to the same song, that can be heard faintly from the sky above. As it does, the people from that plane will see how the open fields, the forests, the jungles, and even the seas seem to flicker on and off, and turn into vast deserts instead. Mysterious, and oddly specific figures can be seen in other places, flashing past the eyes of the plane of Love Stories' inhabitants.

Eyes like That by TJ
Click here (External link!) for a full translation of "Ojos Así" song lyrics

I ask just one thing to the skies: I want to be able to live in your eyes.
I've travelled the whole world and I just have one thing to tell you: I've gone from Bahréin to Beirut, from the north to the South Pole, and I couldn't find eyes like that, like the ones you have.

A long time ago, the cosmic force Shakira crossed paths with the man with the most beautiful eyes. So moved she was by what she saw, that she went on and on wandering through the world trying to see that gorgeous sight again. During these travels she saw magnificent sightings, memories of people and places that she will never forget and that would briefly spark into mind as she continued wandering without a path and without an end.   The goddess would plead to the skies, requesting to have them again, to turn those eyes into her whole world, but the skies would not answer.   And so, she turned inwards, to the universe that was her, and the Plane of Love Stories was created. In a last bastion of hope, she decided that, if she couldn't make these eyes her whole world, she could make a whole world be them, and she could rewind the magnificent experience each morning through all lifetimes. 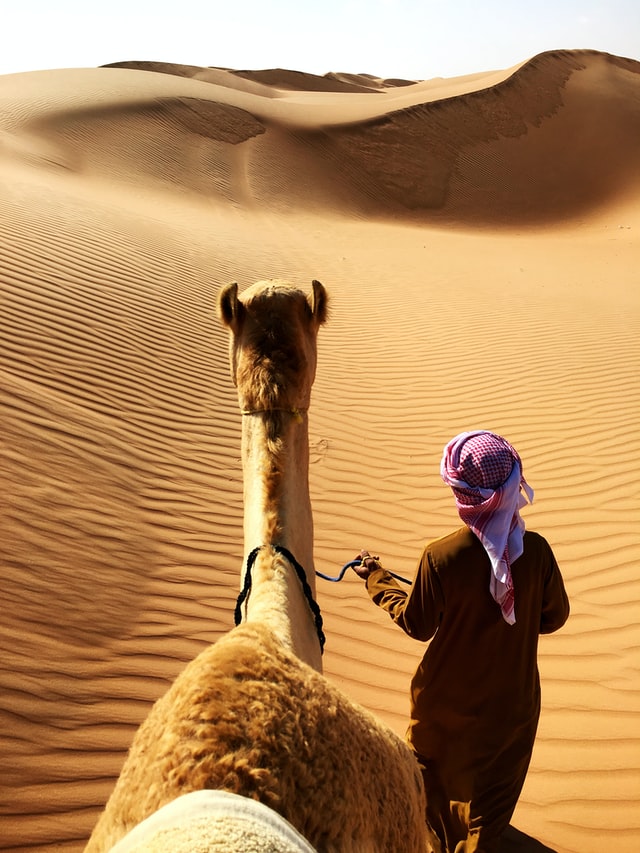 by Vera Davidova
Every morning, her song of reminiscence tells the story of her quest to all of the plane's inhabitants. For a span of a little less than 4 minutes, the very space shifts and flickers. Landscapes turn into shifting dunes and oasis, while actual sand deserts turn into the frozen Antarctica. An abandoned ship complete with its masts spawns on the middle of a desert. The cities' streets gain new inhabitants in the shapes of women accompanied by camels. Rivers turn their water into salt. Prisoners turn holy for seconds.

And on the middle of the sky, gigantic, looking down on every lover on the entire plane, the last Shakirian memory of those eyes can be seen, with the darkest irises, blinking softly, looking to all sides with the expression of a passionate lover, for as long as the song continues. Sometimes, completely ignoring the time of the day, the sun skips his placement and replaces one of the eyes, then goes back to his place rising lazily from the horizon as if nothing happened.   And then, the song finishes, not without making all the lovers remember that they exist as an extension of it. And everyone goes back to their normal routine.
Love, Tears & Pop Icons

The headers, the quotes, the music... its absolutely perfect, I love it!!

I love the idea that the song plays every morning, and then everyone just goes back to their normal routine. I guess it serves as a pretty good alarm.

Fun and a little trippy :) Lov how the Plane of Love Stories is an actual separate plane in existence ;) Loved this one)

Thank you Teyvill! There are many many planes in Shakiraverse! All songs can have different meanings when you look at them through different lenses :)