Brannoc is a skilled city guardsman. He is something of an idealist, and doesn't tend towards corruption. He has had several run-ins with one of the Thieves' Guilds, a gang called the "Everyman Jacks". He has arrested several of them, injured a few, and killed two (technically an accident, but clubs can cause some major wounds, especially when they hit heads). In retaliation, the guild has put a price on Brannoc's head. Brannoc treats it as part of the job, but it makes him a little nervous nonetheless. 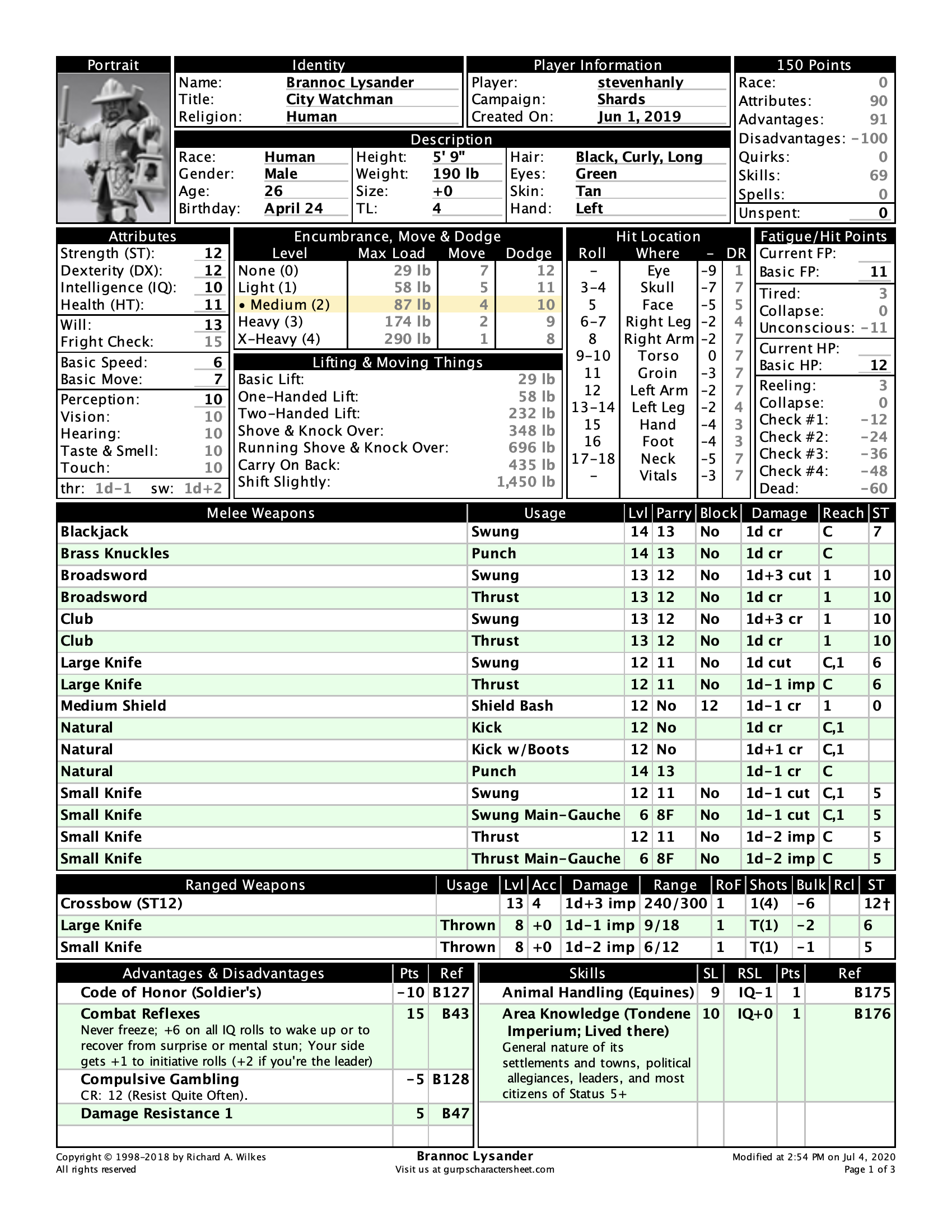 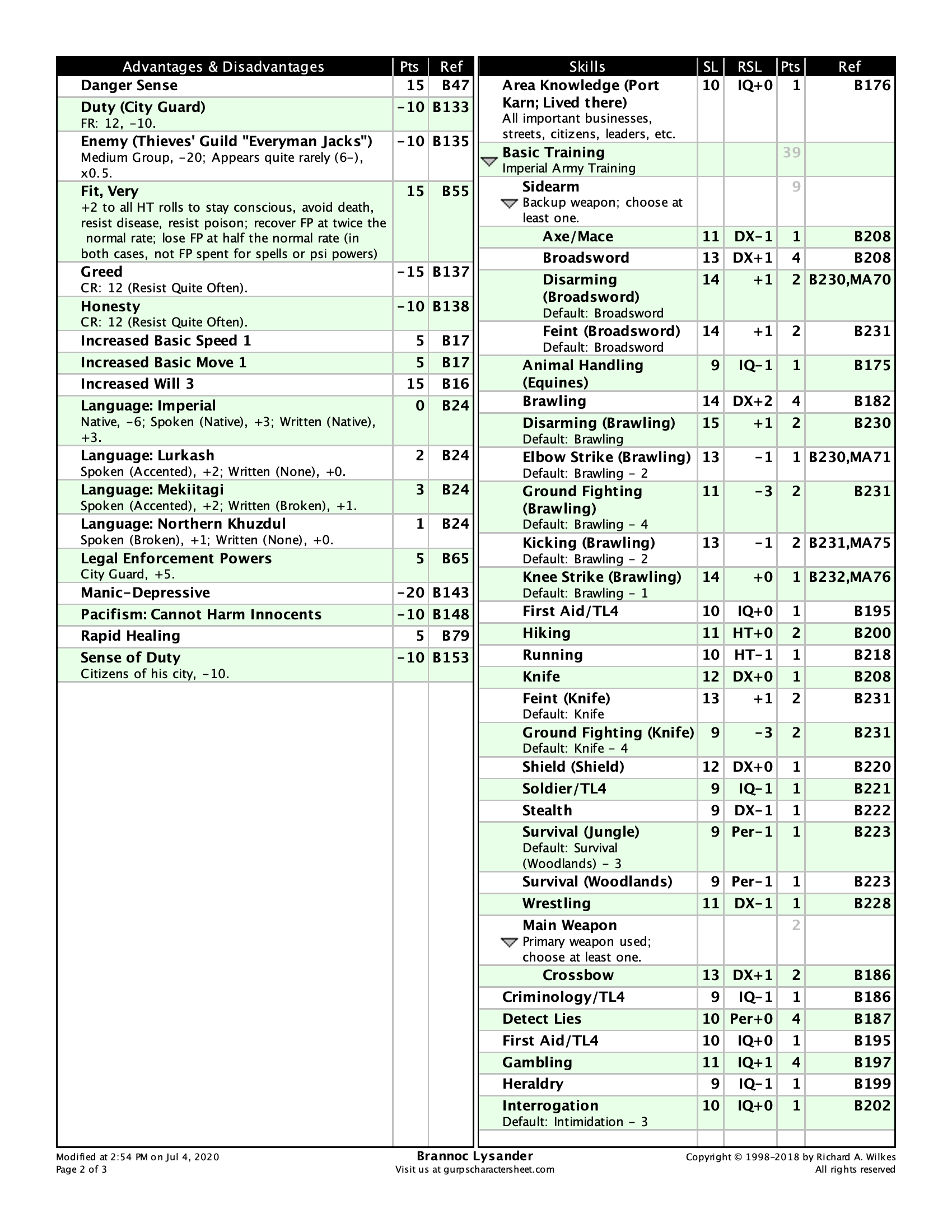 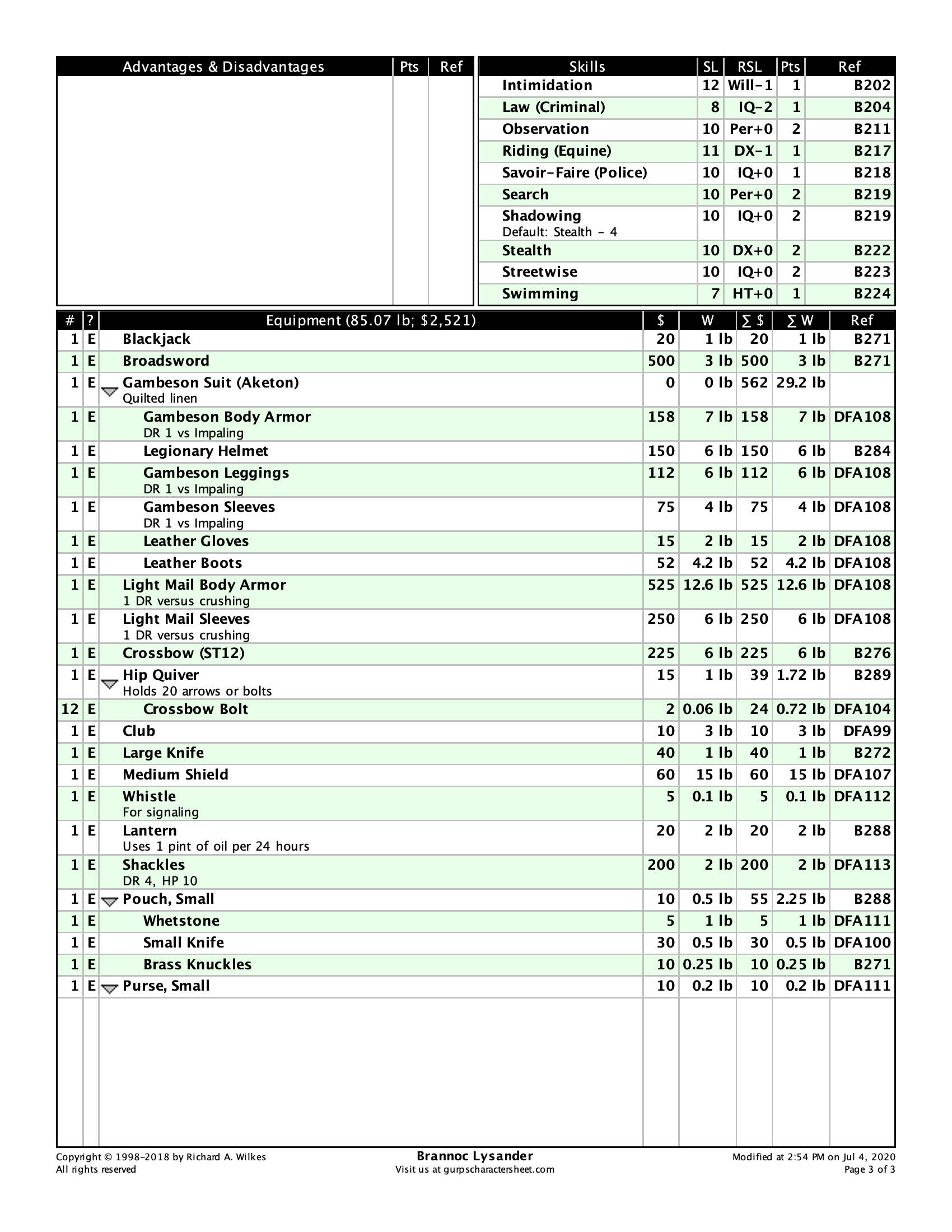 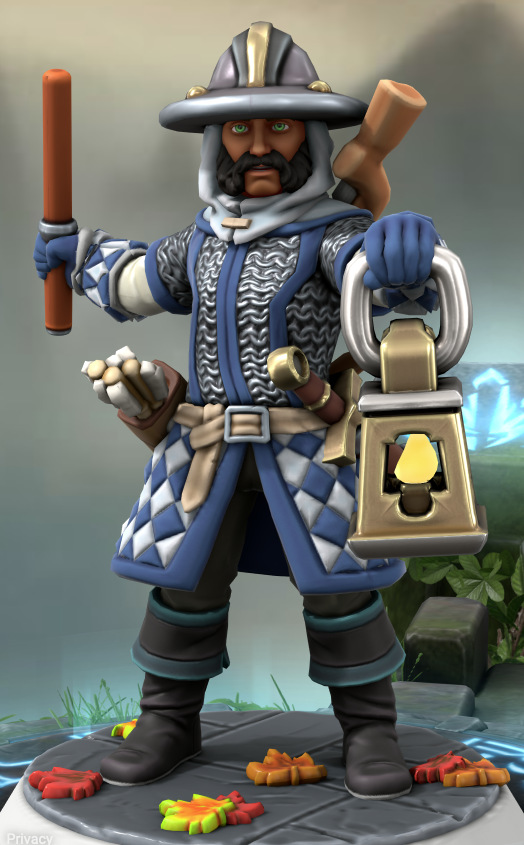 Alignment
Tends towards law-abiding, but if given a choice between keeping the peace and following the law, he will choose peace more often
Current Location
The City of Port Karn
Species
Human
Age
26
Date of Birth
34th of Warmthope
Birthplace
Port Karn
Children
Current Residence
A small cottage in the Five Meadows area of Port Karn
Gender
Male
Eyes
Green
Hair
Black and curly, of rather longish length. He also sports a mustache and sideburns.
Skin Tone/Pigmentation
Tan
Height
5'9"
Weight
190 lbs
Belief/Deity
He uses the Human names for the gods, and primarily appeases Mithras (he looks at it as "shining a light on the cockroaches of society")
Aligned Organization
City Guard and Rural Watch