Regalia of the Kings of the Duiniken

The Duiniken are an old people, originally settling north of the Grey Sea, but eventually being forced to move east by a series of migrations. They have been a monarchy for at least since written records about them exist. The insignia of their kings are called Regalia of the Kings of the Duiniken. They are made up of five objects: A sword, a shield, a bowl, a seal and a flag.
The early history of the objects is shrouded in the mists of the past, but even their first mentions reach back to the beginning of the Era of the Earth and in general not too much is known for sure from the time before then.

Each of the objects is seen as representative for one virtue of the king. They have no practical use any more and are safeguarded for the most time only to be taken out on special occasions.

Hhleideb - the sword of valour

Hhleideb is not only the proper name of the first of the regalia, but also the regular word for sword in Duinis 'Éch. The Hhleideb is made of bronze, typical for the early history of the Duiniken, when they still used bronze weapons. From the material used and its well oxidised state the old age of the sword can be inferred. Due to the very generic name of the object, not much can be said about this individual sword, though. In stone inscriptions as well as on decorated vessels the king is mentioned or shown wielding a sword, on the vessels even in battle. The Hhleideb is with certainty no weapon for war and was cast as a ceremonial weapon from the beginning, as it has a damascened silver decór on both sides of the actual blade. The decór shows a stylized ivy vine.

The Kelech Moufhár has a likewise shrouded origin, as the kings, when riding into battle carried one to protect themselves. This is also attested, not in inscriptions, but in the decór of some old vessels. The shield is made of red lacquered wood, rimmed with intricate iron fittings, indicating a younger age than that of the sword. It's oval form is only shown on vessels from the sixth century on, making it possible to date it younger than that. Before that time the Duiniken used round shields.

Pen 'Our - the bowl of purgation

The Pen 'Our is the only object currently present, that can be dated exactly. Its making is set into stone in the Stone Carving of Rúpés, which dates to the year 78 of the Era of the Earth. In that year the eighth king of the Old Duiniken, Silduin II., lost the parts of what is today Tebrina west of the Sévo mountains. The Mdûlûn were rash and too bold in their attack though and their leader Tôginza, the then reyju of Sendar fell when trying to pursue the retreating Duiniken troops. In his pride he mistook the retreat for flight and charged into a well organised army with far too few troops instead of waiting for backup of which there would have been plenty. He was - as the Stone Carving of Rúpés tells - struck down by Silduin II. himself. His corpse was mutilated and left, but his head was cut off and the skullcap made into a water bowl. The Pen 'Our symbolised the intended cleansing of the parts of the Duiniken kingdom that were lost to the Mdûlûn and as the war dragged on and on, the Pen 'Our became the vessel for the water used to baptise the kings and for the braided leaf-corona presented at the coronation ceremonies.
The base of the bowl is indeed a skullcap supposed to be that of Tôginza, seamed and adorned with silver fittings and decorations, showing the wolf and the geltr boar.

With certainty the oldest of the insignia, this seal it made of the rare metal huwawit, as it is also silver - a colour prevalent in most Duiniken metal art. Other than silver, huwawit does not corrode and is on the one hand easy to manipulate in refined and intricate ways, but also hard enough to not lose details easily. This is especially important, as the Súla Aignés has a comprehensive list of all kings of the Duiniken, which reaches back seventeen kings more than any other source. The seal notes the name and some ornaments that are actually a mnemonic device. The royal priests as well as the king himself are trained to recognise the information encrypted in the symbols and patterns, which give information about the kings important deeds. They bear no information of the date or relation of the kings to each other, so we don't know if son followed father, brother followed brother or nephew followed uncle. This only becomes clearer for some of the later kings when taking other sources into account, too.

An Sein Meirhhe - the flag of perseverance

An Sein Meirhhe is the royal flag over which the Battles for the Reunification of the people and their Flag was fought. The current flag is probably not the first that was made, as decorative vessels show a similar design of a geltr boar and a giant wolf intertwined in mortal combat, surrounded by ivy vines, too. These vessels can be dated back to the third and fourth century, making it very unlikely that the flag we have today is the original from 4100 years ago. The current flag was probably produced in the eleventh or maybe even tenth century. It is made of thick linen, coloured bright green with a technique which has been lost to the ages. The patterns, wolf, geltr boar and ivy, are woven in in threads made of a silvery metal, probably an alloy of some sort, since no silvery metal that could be worked that way is known.
The flag has only become one of the regalia in 1274 of the Era of the Earth, when it was retrieved from an impostor Duiniken king, who used it to justify his legitimacy. The flag upon retrieval renewed the self set goal of the kings of the Duiniken to rule not only their people, but to do so in their very own old homeland.

Use in ritual and display

There is a fine differentiation between so called 'outer' and 'inner' regalia. The inner regalia are reserved for very special occasions only and are, as all regalia, kept in the so called exalted treasure room in the royal vault. Only the royal priests and the king himself have access to that treasure room, while the rest of the vault my - with the kings permission - be entered by others, too. The sword and the shield, being the inner regalia, never leave the exalted treasure room. It is said that if ever someone should lay a finger on them who does not belong to the royal priests or is the king, that one touches the very concept of the Duiniken kingship. When going to war, a ritual is held in the treasure room involving sword and shield, about which nothing is known to outsiders.
The outer regalia are the bowl, which is used to baptise the king and also in the coronation ceremony and the flag. While the baptism is performed all in public, commoners can also lay their eyes on the fine vessel. In the coronation ceremony, however, the part involving the bowl is held in a temple, with only the royal family, priests, nobles and maybe high ranked foreign guests present. The flag is probably the most often publicly shown of the regalia, as it is part of the yearly harvest celebrations, during which the king holds a speech to the people with the flag in the background.
The seal is somewhere in between, as it also never leaves the exalted treasure room. The royal heir on the other hand has to learn about the history of all his predecessors and memorise all of them and their deeds. On the day of the coronation the king was supposed to recite the whole history of his people in a public speech. This ritualistic memorial was changed in the 23rd century, as the line of kings got so long, that the king could not recite all of the history in one run. Since then it has been changed, so the king recites the history in private some days or weeks before the upcoming celebration, witnessed by a priest, a noble and a commoner, split up into two to four sittings. On the coronation day, the king then recites the deeds of seven kings he chooses as role models, in that way also announcing his own goals and mode of government to the public.
Item type
Unique Artifact 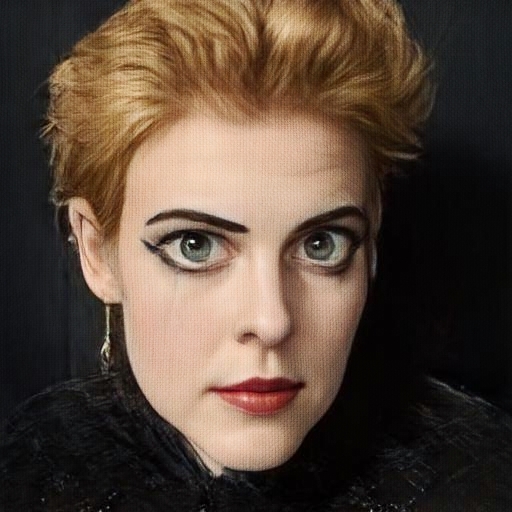 Well thought out and detailed. I like that you put enough thought into the ritual that they had to go from public recitation to private since their history has become so long. The idea of a skull cap from someone who lost a battle being used to baptize future kings is also interesting. I've seen more, "hero," or great leader types used in this setting. Having it be the overly confident king who as destroyed makes it unique and more interesting.

Thank you, very glad I could offer a good read. :) I will see whether I can bring the regalia up otherwise as well to give them a deeper rooting in my world. They are very important items, so they invite one to spin more stories around them.

I love the amount of detail and the individual item names!

Happy to see you had a good time reading about the regalia. My articles in general are more like writings in cultural history, so they are a bit dry, but also embedded in the setting. Hope I can add some pictures soon, to liven things up a bit. :)

Very detailed thought out, I really like that. Very well done. :)

Thanks for the read and good to see you liked it. :) The details show a bit of what's symptomatic of my writing: it's more history than narration. ^^