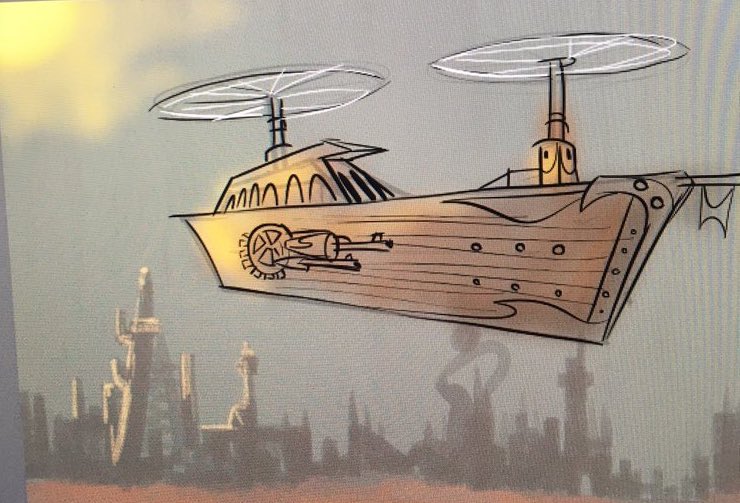 The airship Liliana is the last of the 5 airships to survive. Bult during King Malaky XV's reign, the great airships became weapons of war that brought fear into the hearts of Rislandian enemies, as well as were useful exploratory vessels. It allowed travel around the world, most notably by its first captain the great Baron Theodore von Monocle. When he disappeared, the airship was dormant for two years before his daughter Zaira inherited the ship and took to the sky once more.

Twin turbines atop the ship which rotate depending on direction needed.

5 cannons on each side of the ship, sometimes carries a bomb or a modified automatic gun off the front bow.

Communications funnel which sends orders from the bridge to the rest of the ship.