A growing village settled between two mountains named after the half-finished, now rusted metal wall that once worked as a boundary for the small village. Further still from the secluded village is the Greater Rust, a massive wall of scrap steel, rust, and stone that holds off Mindless Unfallen of the Fleshwastes. What has lead to a great deal of rumor and conspiracy is the very obvious fact that the wall was originally intended to keep something trapped within rather than to keep anything out.

While Rustwall has always maintained a steady population, during the Fall, dozens of the outlying homesteads where forced to move to semi-secured village. With little in the way of storage and hundreds of new mouths to feed drastic measures were taken to survive the coming years. Food was rationed, homes were raided, and the ill were placed on the otherside of the Greater Rust to fend for themselves 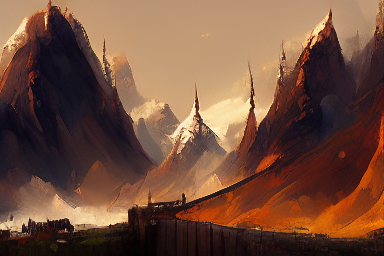 Answering: "Α settlement beside or in a great expanse"
Visit Oneriwien's Competition Page Check all other answers to this prompt Competition Homepage