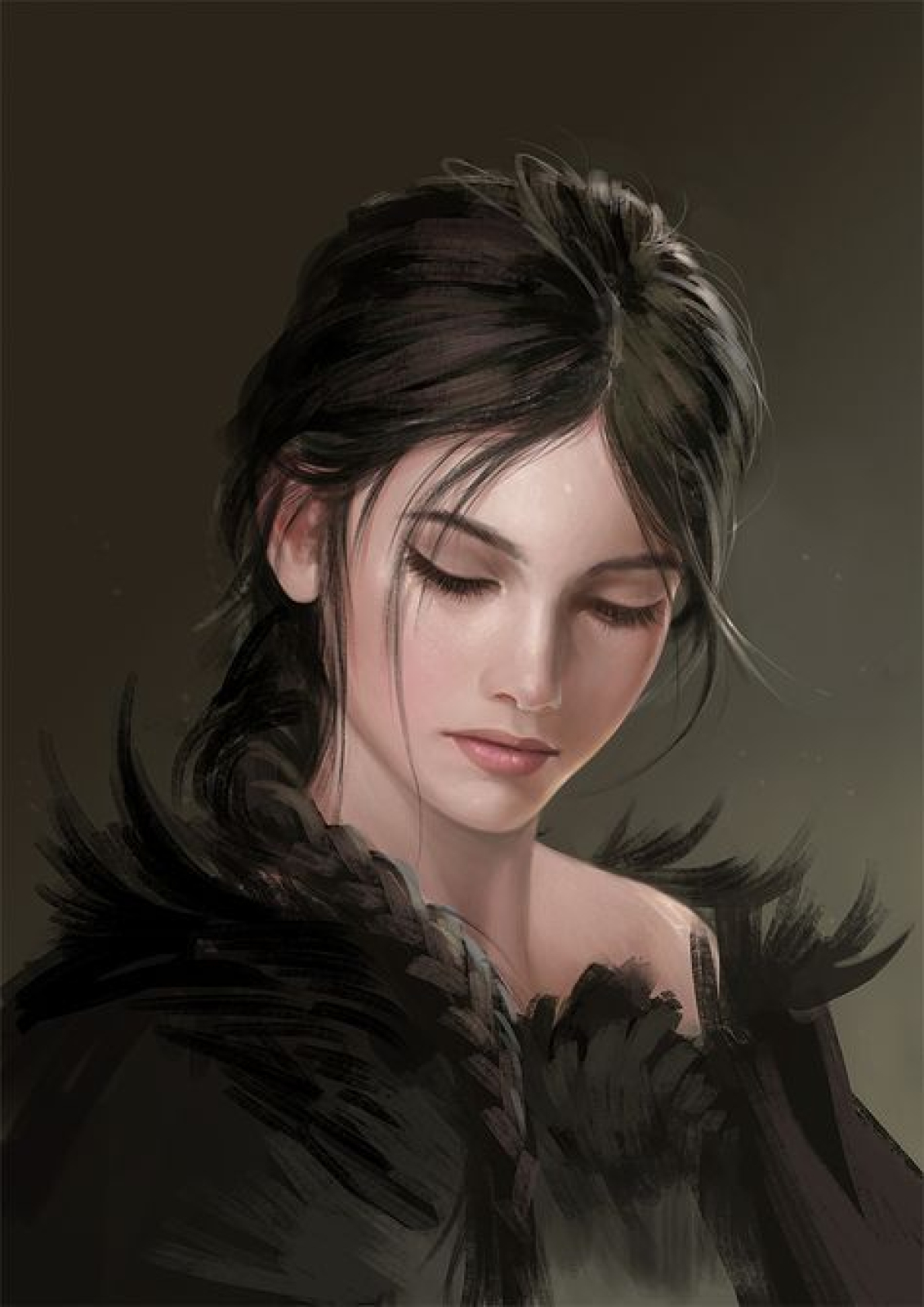 The Misfortune of Fortuna

Created by Summer, edited by Chris.
There was once a girl born with luck’s favor. Her luck blessed her crops, her trade, her business, her health, her beauty, and her love life. She was called the Lady of Luck, for she was the most fortunate person there was in the world.   However she could not give her luck to others. One day disaster fell upon her husband, and his life was taken. The Lady of Luck prayed to The Triad to return her husband to her, for she believed his time was cut short. The lady, of course with luck on her side, was able to convince The Triad to return her husband to her. But before they did that, The Triad wanted to truly test her luck. They promised that they would return the lady’s husband if she was able to complete three impossible tasks. The first was to find a special flower that only bloomed once every 100 years, on a far off mountain. The second was to collect the seed of an ancient magical tree, guarded by centaurs and other magical creatures. The third was to collect the fang of a dragon. The Triad told her to complete these three tasks within three fortnights. And that when she returned home with all three items her husband would be waiting for her.   She then set off to complete her three tasks. The first task was simple enough, the passage up the mountain was very smooth, but locating the flower was another thing all its own. But with her luck she eventually was able to locate it. Then she headed to the second task and with her persuasive ability she was able to convince the magical guards to fetch her a seed of the great old tree. With two tasks done and only one left she grew anxious. She knew that no matter how much luck she had on her side, killing a dragon is one of the most difficult things to do.   She stood at the entrance to the dragon’s lair, frozen in fear of what was to befall her. When all of a sudden a voice came to her. It was the voice of a sly man, who manically laughed at her because they found how scared she was to be quite amusing. The man then spoke up, saying because of the good laugh she gave him, he would offer her a deal. He offered her a magical weapon of legend to assist her in slaying the dragon, in trade for her lucky blessing. The lady agreed to the deal without a second thought, as she saw it there was no way of getting the dragon’s fang without the help of such a great weapon. And so the deal was made, and a shining sword with a dark blade appeared before her. She took it and was able to slay the dragon with a single swing. She then claimed the last item, that was the dragon’s fang, and started to head home. On her way home she traveled through a huge open field where the wind swept violently. One of these wind gusts struck the woman, carrying the rare flower she had gathered away with it. The woman was destroyed that she had lost one of the items she needed to bring her husband back. And that night while she sulked about the event she let her guard down and was attacked by bandits on the road. The bandits took all of her gold along with a rare dragon fang they found on her person then fled. The woman even more destroyed by the loss of two of her items started to back track to the mountain where she first found the flowers. While she traveled up the mountain the path became much more rough then she remembered and she slipped on a shifting rock. When she slipped, unknowingly, the seed of the ancient tree fell out of a hole in her pocket, created by the run in with bandits. When she reached the top of the mountain she realized that the seed was too gone. All of her progress that she had made was all completely gone in just a few days. While still on top of the mountain she searched day at night for the flowers once again, but she was never able to find them.   On the last night The Triad came to her. They told her because she was not able to complete the tasks that she would not get her husband back. She lost everything, her husband and her luck. She was a broken woman from that day forth. Now, instead of the luckiest person in the realm, she was the unluckiest person in all the land. But bad luck is different from good luck, in that bad luck can be given to others was well. Her new goal in life, was to have others be as unlucky as she. And so Fotuna, Lady of Misfortune was born.

A young woman who was considered the luckiest in all the land is at risk of losing her husband. She makes a deal with a god to restore her husband, but is tricked by second god who steals away the luck that benefited her so highly.

Although it's impossible to prove this happened, the god that seems to have affected Lady Luck was Hazard. Assuming this to be true, it becomes possible that Fortuna was erected as a Lesser Eidolon through this trial.

Most common in the East Kohlm, particularly in The Confederation, Formosa, and Ezo.

The moral taken away from the story is that all deals should be accepted and then completed yourself. Anyone who says you can do something easier when you know the right way to do it alone is probably trying to trick you.   Many people who are in businesses will host maneki-neko. It is believed that cats can sense Fotuna's bad luck, and will keep her away while beckoning in only those who will do the business well.