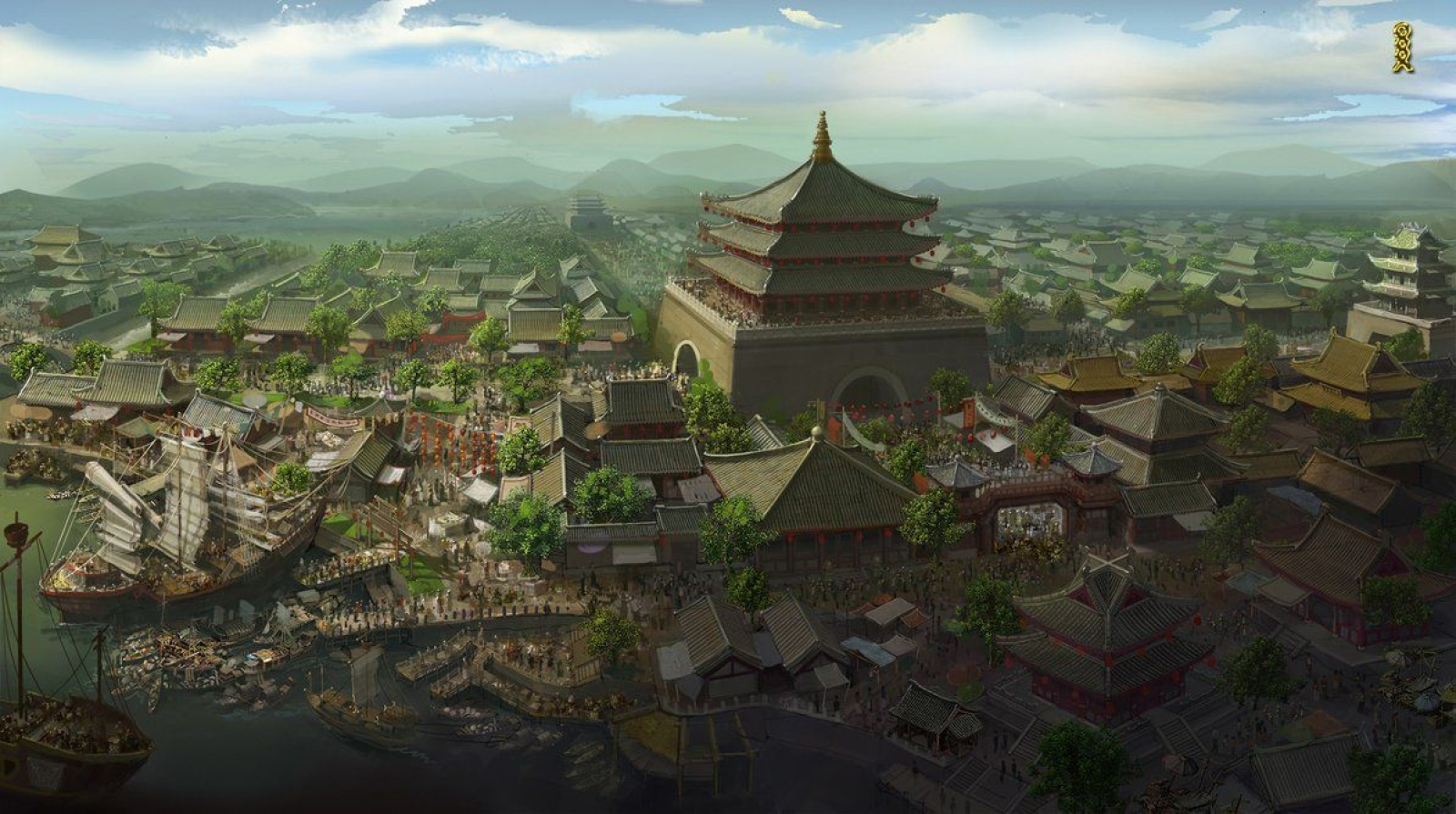 The heart of the world.

Built on the shores of the mighty Shenzing Sea (神性), the capital of Shendu is the perfect triumph of The Confederation. Of all the beautiful things The Confederation has accomplished over its long and illustrious history, none can be so noted as the creation of the capital to rival all capitals, the city to rival the homes of gods themselves.   Shendu sits as a bastion of trade in the center of The Confederation, where it houses all of the political functions of the centralized leadership of The Confederation. The city is seen both as a place for the greatest academics in the world, as well as the greatest artist, all whom flock to its many avenues, busy promenades, and bustling tea houses to experience the true rush of civilization that no other place can offer.

The city the main hub for the entire Confederation, and all roads lead to Shendu.

Massive city walls that protect Shendu in layers, first leaving small rural, but defended towns on the first region of protection, then the outer cities, and finally the inner cities, which protect the fourth area that holds the Emperor.

Massive architectural achievements, including multiple city walls containing the local farm regions, as well as cordoned off city-spaces for various economic brackets. Furthermore, there is a massive tram system to ferry people around, and a large fountain waterscape shared by most citizens.

Shendu was built on the bones of an ancient city from the previous era. The many kingdoms that fought for dominance of this land eventually held firm to it, driving away any impure creatures, and rebuilding it from scratch. It now stands as a testament to architecture, engineering, civil planning, and sheer scope.

The city takes up the massive uplands it was founded on, stretching nearly 30 miles from the center of the city in all directions until the city itself hems upon the northwestern mountains. The city is highly industrialized, and the richest portions of the city line the mountains and the river along the western side.