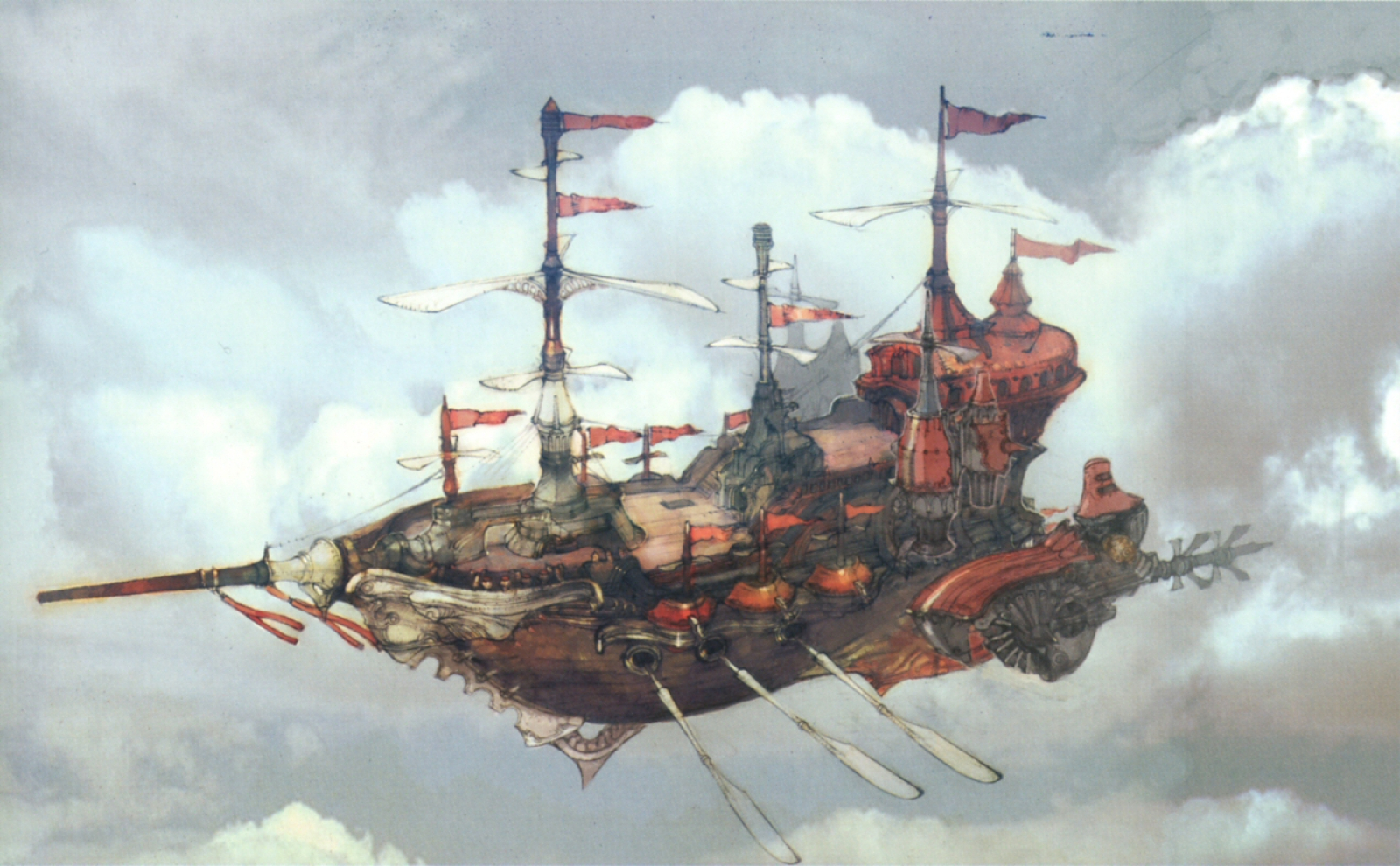 A marvel of magical engineering.

Although travel has always been possible throughout Rakuen, no travel had been so efficient than that of airships. Soaring high through the sky, these marvels of magic and engineering are testament to the mortal condition and the intelligence of those adept in magic and construction. Although these inventions are rare, they are valued for their ability to cross the massive spaces and landmasses of the world in no time at all, with only the risk of a dragon attack being enough to scare a captain into submission. Their size and scale dwarfs that of normal airships, leaving no rivals behind.

Airships are used by the highest level of officials for emergency transport or otherwise to cause a stir. Due to their high expense to maintain, their use is extremely rare. They are also used for pirating by a few ne'er-do-wells who have procured an airship.

Manufacturing the crystals used to operate these magnificent creations is a feat unlike any other. These crystals can be found naturally in various distant locations of the planet, such as Horizon. But locating them is immensely difficult, and transporting them even more so. They are more commonly found on the Plane of Air, but accessing such a dangerous place - especially with the tools to transport such large objects - is a different feat on its own.   If and when a crystal is procured, several months of enchantments must be placed on the crystal. First it must be enchanted with spells that hold it together, as it is very brittle, and the rocking and shaking of an airship could easily chip or break it, making it lose potency, and thus defeating the purpose of the crystals in the first place. Then a second round of enchantments are needed to enhance the flying capabilities so that they can actually be controlled by mages. Next the crystal will need to be installed into the airship itself, and combined with various other engineering and magitek to make sure it operates, along with another round of enchanting to make sure all of the various mechanical and magical pieces harmonize together. Finally, an incredibly high level and large enchantment must connect the enchantments on the crystal to the entire boat, finalizing the entire process.

Access & Availability
Airship technology is only available to the most elite of elite. Many emperors and kings could never even afford an airship, and those airships owned by commoners are likely stolen.
Complexity
Extreme complexities, requiring the full investment as would go into a normal sailing ship, but with the added series of magical enchantments on both the structure of the ship, and the procurement of crystals, and the enchanting of crystals, and the operation of those crystals by highly skilled mages.
Discovery
Research into particular types of magical crystals that could produce large portions of motion generated by flight, and how to access and use those crystals.