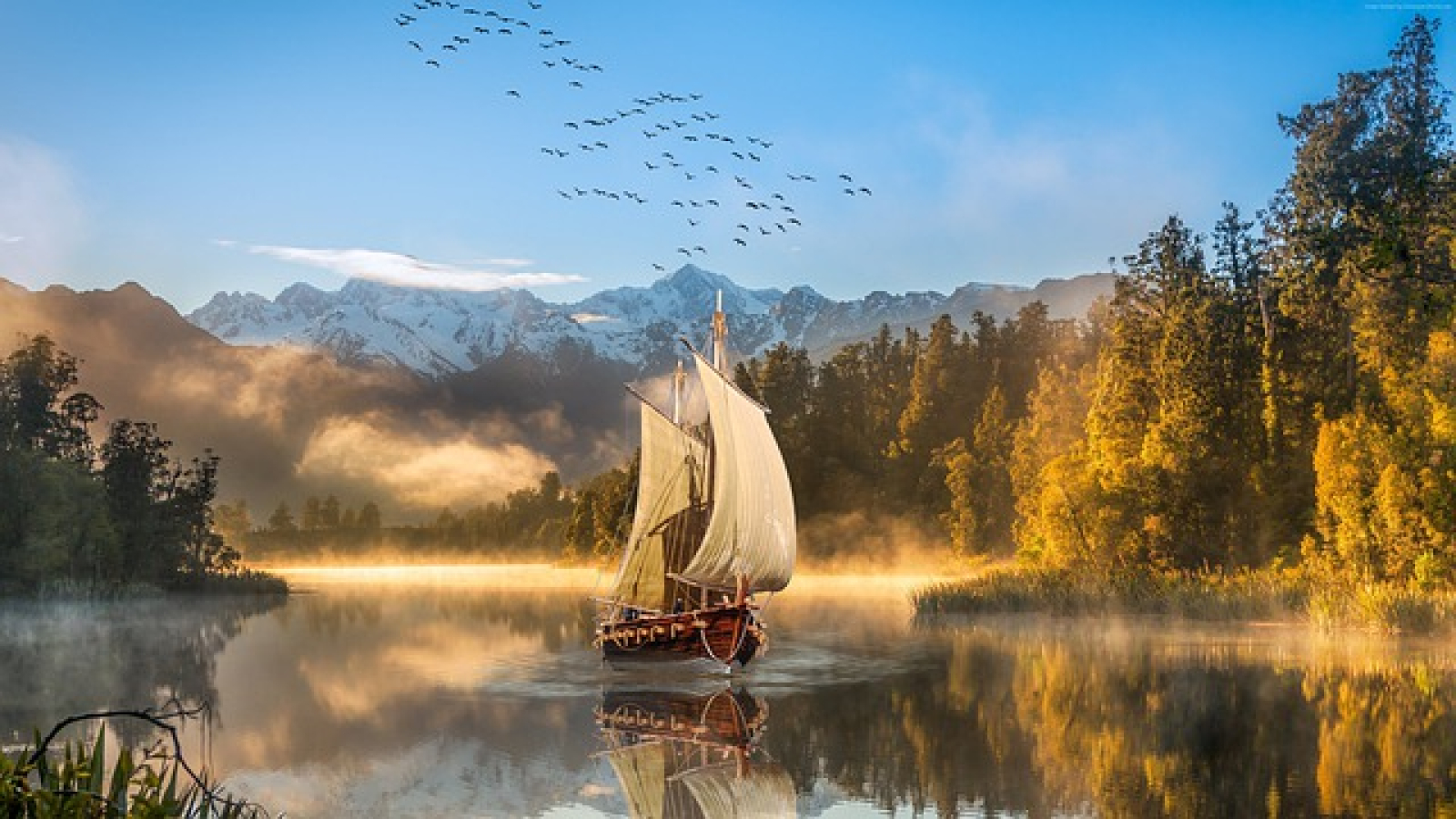 The Eddy Rider is a river ship owned by the leaders of the kingdom-wide band of thieves who call themselves The Hand. They are the strongest gang in the Miribex Kingdom, though there are always rivals trying to change that.   Recently, the Eddy Rider sailed into Blackstone with several high ranking members of The Hand. It was supposed to be a jovial time, celebrating a successful heist but things had gone horribly wrong and the local band of The Hand was in trouble. Things had to be done! 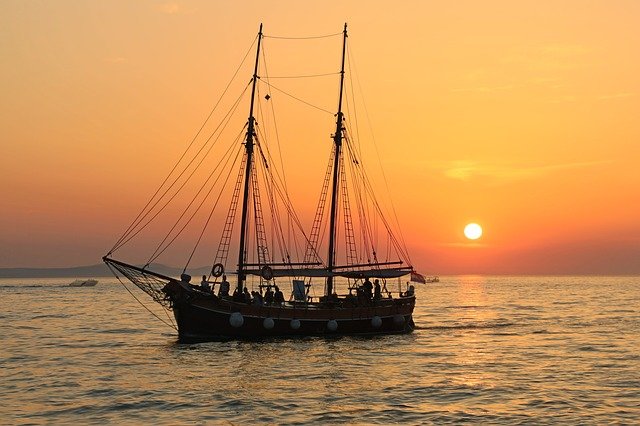 Eddy Rider by Free-Photos
The Eddy Rider is a two-masted sailing ship best suited for rivers and coastal waters. It does not sit as deep in the water as an ocean going ship, allowing for it to reach much shallower harbors. Its small enough that its crew can use poles to safely moor or launch it from a dock, or try to keep it from striking a hazard in the water. All river ships are fast and maneuverable but do not do well on the high rolling seas. The Eddy Rider is even faster as it sails light with a hold made for passengers not cargo.   The Eddy Rider is about seventy-five feet long with a top deck and a lower deck called the hold where the crew and passengers sleep. The top deck holds two rail ballistas that launch hollowed ceramic balls filled with ichor or alchemist's fire by sliding them along a rail with their powerful strings.   The Eddy Rider is the only ship owned by The Hand, though they do have a fleet of keelboats, single-masted boats without a lower deck. Aboard these smaller boats, the real skullduggery of The Hand is carried out.

Militant river ships used by the Miri Marines have an added forecastle and sterncastle upon which are archers and/or rail ballistas. On the deck are two catapults that sling stones or larger ceramic kegs - much bigger than ceramic balls - of ichor or alchemist's fire. In addition to the ships crew, a militant river ship can hold up to twenty marines trained for boarding actions as the hold has been converted to a barracks where sailors and marines sleep. They are ships the Eddy Rider tries hard to evade. 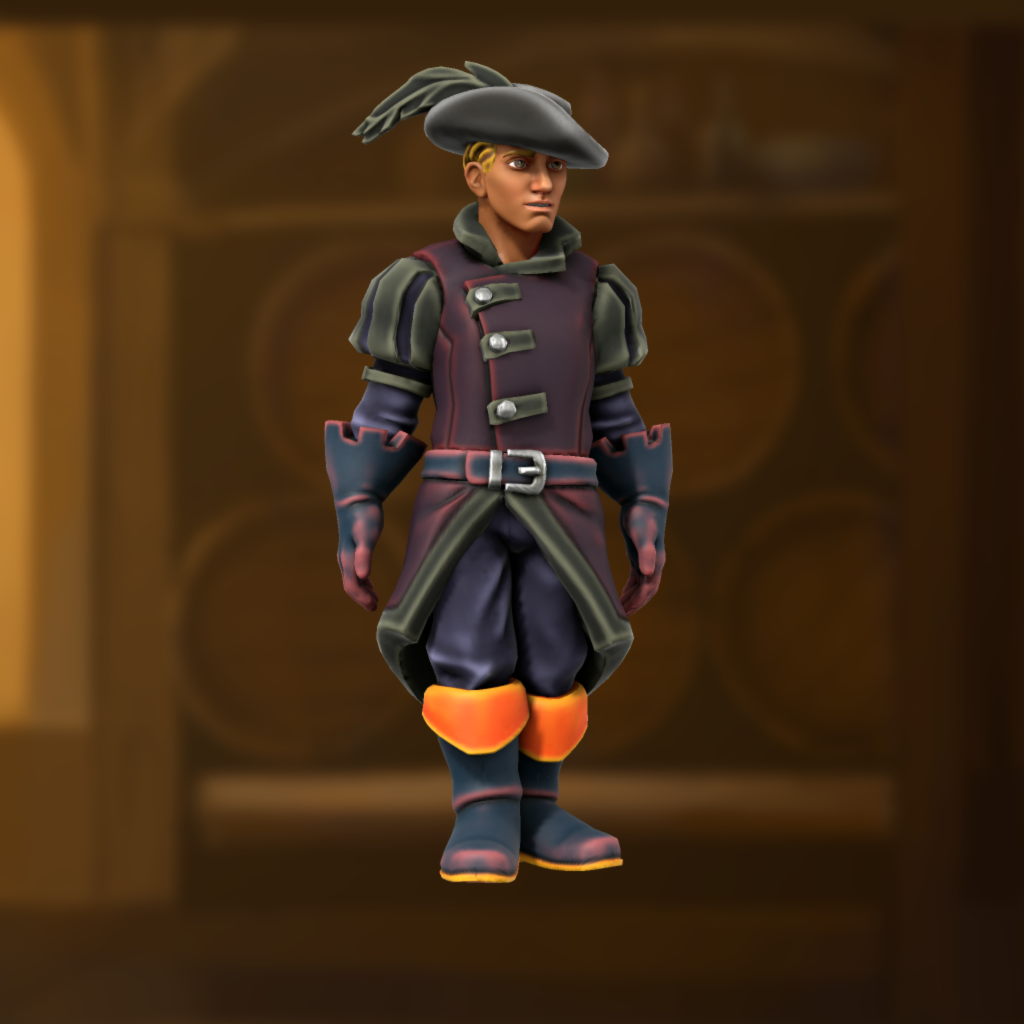 Captain Oakley by Dazzlinkat on HeroForge
Captain Dinyl Oakley commands the Eddy Rider. He is a well seasoned captain who began his river career as a Miri Marine. He proved himself a talented First Mate. When he was not granted his own ship to command, as he was considered too young and inexperienced despite his excellant service, he quit the marines in arrogant frustration. Not long after, The Hand found him and hired him to be the captain of their new ship, the Eddy Rider.   Oakley runs a tight ship, and his crew is well-trained and able. They are also all members of The Hand. He has more than once fended off river pirates and even sunk one too stubborn to give up. These clashes only happened when the Eddy Rider was pinned against the wind and had no choice but to fight. Being such a fast ship, running from trouble was always best.   To give the Eddy Rider the appearance of being a legitimate ship, Captain Oakley takes on passengers, for a price. These passengers can buy any and all entertainments they want for their travels as long as they can afford it. With The Hand greasing the palms of most harbor masters, any improprieties tend to be ignored, making the Eddy Rider a very privileged means of traveling through the Kingdom of Miribex. Amongst the more rakish nobility and wealthy, sailing on the Eddy Rider is just the thing, and Captain Oakley holds auctions where the highest bidders win passage on his ship.