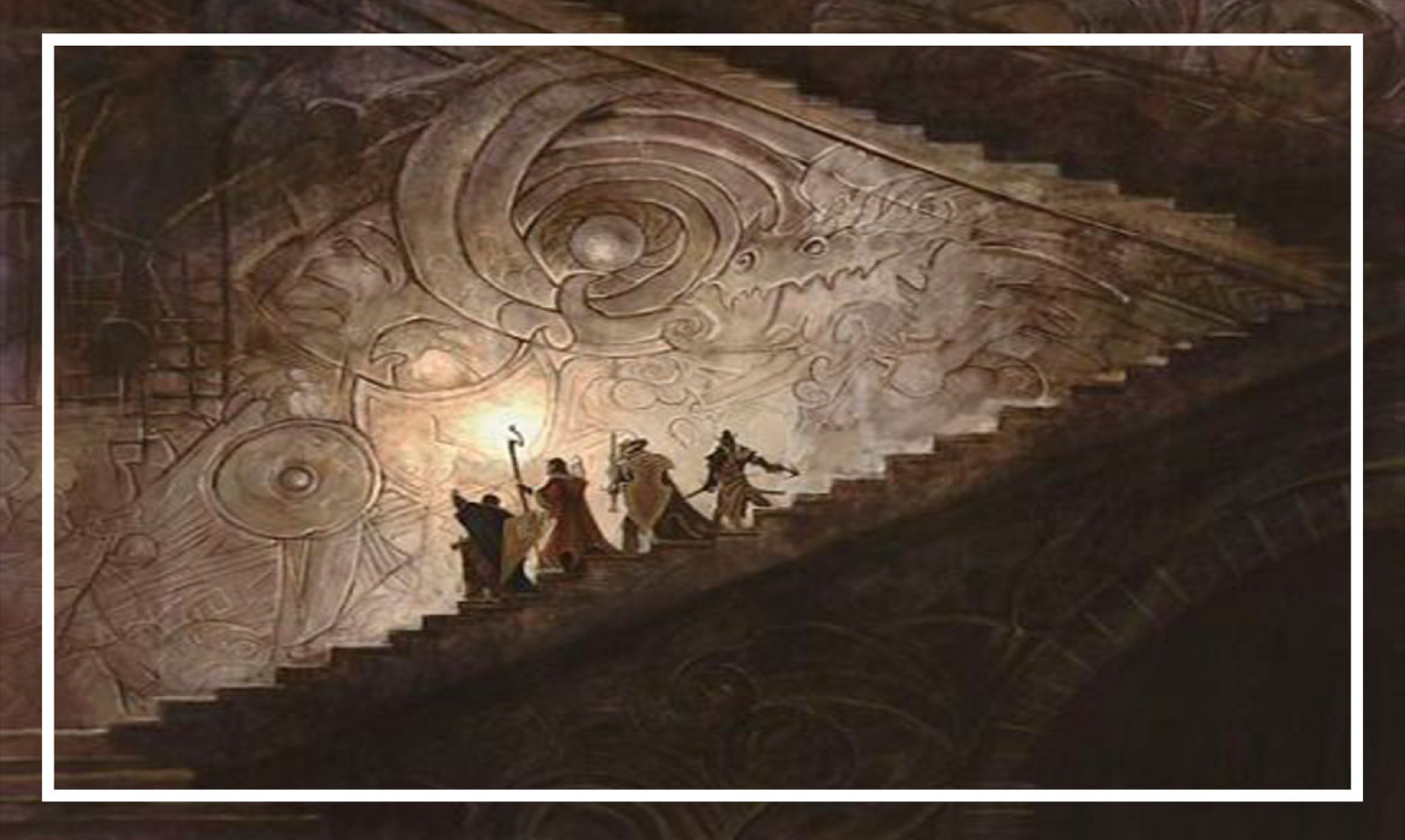 The Dungeon Dimension is the plane between planes, the cosmic crux holding the leaves of the universe upon the same branch. It is a chaotic plane where shadows of truer worlds flicker and dance in a theatre of possibility. In times of resonance and planar flux the Dungeon Dimension intersects with the material realm, creating doorways to the beyond through which lie trials, monsters and riches.   Long believed to be the ravings of madmen, the existence of the Dungeon Dimension has only in the recent century been acknowledged as startling reality. When intersection with the Dungeon Dimension occurs time and space are frayed and rewoven so that even the most ardent observer might forget his own memory. Mountains that were once not but wilderness might inexplicably be catacombed with ruins; Empty fields overgrown with sunflowers and briars may at dawn be the site of a crumbled keep where monstrous creatures lair; A once peaceful, golden coast might be the moor of a ghostly pirate ship and its otherworldly crew; and these transmogrifications of the world and history itself trespass so secretly that few can remember without doubt what came before.   When a Dungeon opens upon Orr monsters and mayhem are loosed. The Dungeons exist as trials and thus to seal away their danger and horrors adventurers and heroes must seek them out and quell the darkness within with feats of strength, cunning and bravery. The existence of the Dungeon Dimension has given credence to new professions; monster slayers; relic seekers; curse breakers; demon hunters; trap runners; but the trials of the Dungeons often require the skills and abilities of many. It is for this reason adventurers band together and often join prestigious guilds, such as the Pathfinder Society.