In the deserts of Nausica the wandering tribes of Genasi travel by way of caravan on the backs of great Tortoises. These ancient creatures predate the Cataclysm and were once much greater in number. They are herbivores and gentle giants whose only true means of defense is to retract into their diamond-hard shells and outlast any predator that might seek to assail them. While naturally passive, a Dragon Tortoise that has been raised by a caravan from egg will defend its "family" and its caravan to the death and never abandon them even if it means starvation at their side. This remarkable loyalty has made the Tortoises highly prized as heirloom animals among the caravans and they are sometimes simply referred to as Grandfather, or Grandmother, by children who are raised in the wanderer societies. Highly social creatures, Dragon Tortoises form close bonds to the other Tortoises in their caravans and are known to develop special connections with specific individuals among their species. The Dragon Tortoises are also highly intelligent creatures who understand the Draconic language, though cannot speak it. Their primary form of communication among their own kind are whale-like songs produced through ventalled ports in their shells which they can open and close as the desert winds pass over them to create music. A Dragon Tortoise can carry many thousands of pounds depending on its age and its size. These gentle creatures produce only one clutch of eggs per lifetime, normally numbering somewhere between seven and fifteen eggs, and their hatchlings require seventy years to reach their adult size meaning that there are often handlers among the caravans who spend their entire lives raising new Tortoises for the generation that will follow them. The powerful shells of the Dragon Tortoises make for immaculate armor and weapons for Giants and thus a caravan must be ever wary when venturing near the edges of the Nausican deserts.

Dragon Tortoises are capable of storing months worth of water and feed inside an expanded stomach cavity that allows them to travel the vast expanses of the desert. When a Tortoise does require nourishment however they spend three full days eating thousands of kilograms of vegetation.

While Dragon Tortoises possess no natural weapons of any kind, caravans have learned to graft spears and implements to their shells so that the creatures can strafe attackers.

A Dragon Tortoise's shell is capable of withstanding an immense amount of pressure and damage that made them quite valuable to Nausican giants. Suits of Dragon Tortoise armor and Shellhammers are prized heirlooms among many clans of the Skybeyond Mountains. 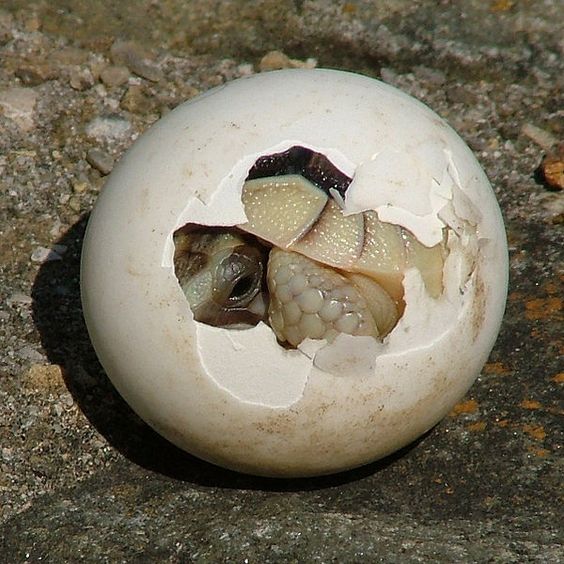