North of the Platinum Mountains, and east of the dark forests of Fallcrest lies the white city of Aarunsurlye, the capital of Iskandar, and the home of its High Monarchy. This beautiful city, complete with its lavish castle is the iconic image summoned to mind when the tales of the Iskar Astartes are told throughout the lands of Orr. Surrounded by a great field of greenery, fertile farmland, hunting grounds, and noble forests; The white castle perched atop a great, risen cliff with proud banners unfurled from its shining steeples is a beacon of the Knight's vows to uphold order, and justice throughout the Dawn Realm.   As the capital of Iskandar the city of Aarunsurlye serves as the realm's political heart, where teaties between the nations are written, where ambassadors of the realms meet to discuss the current events of the age, and where the chaplains of the Iskar Astartes oversee the management and conduct of their esteemed houses. 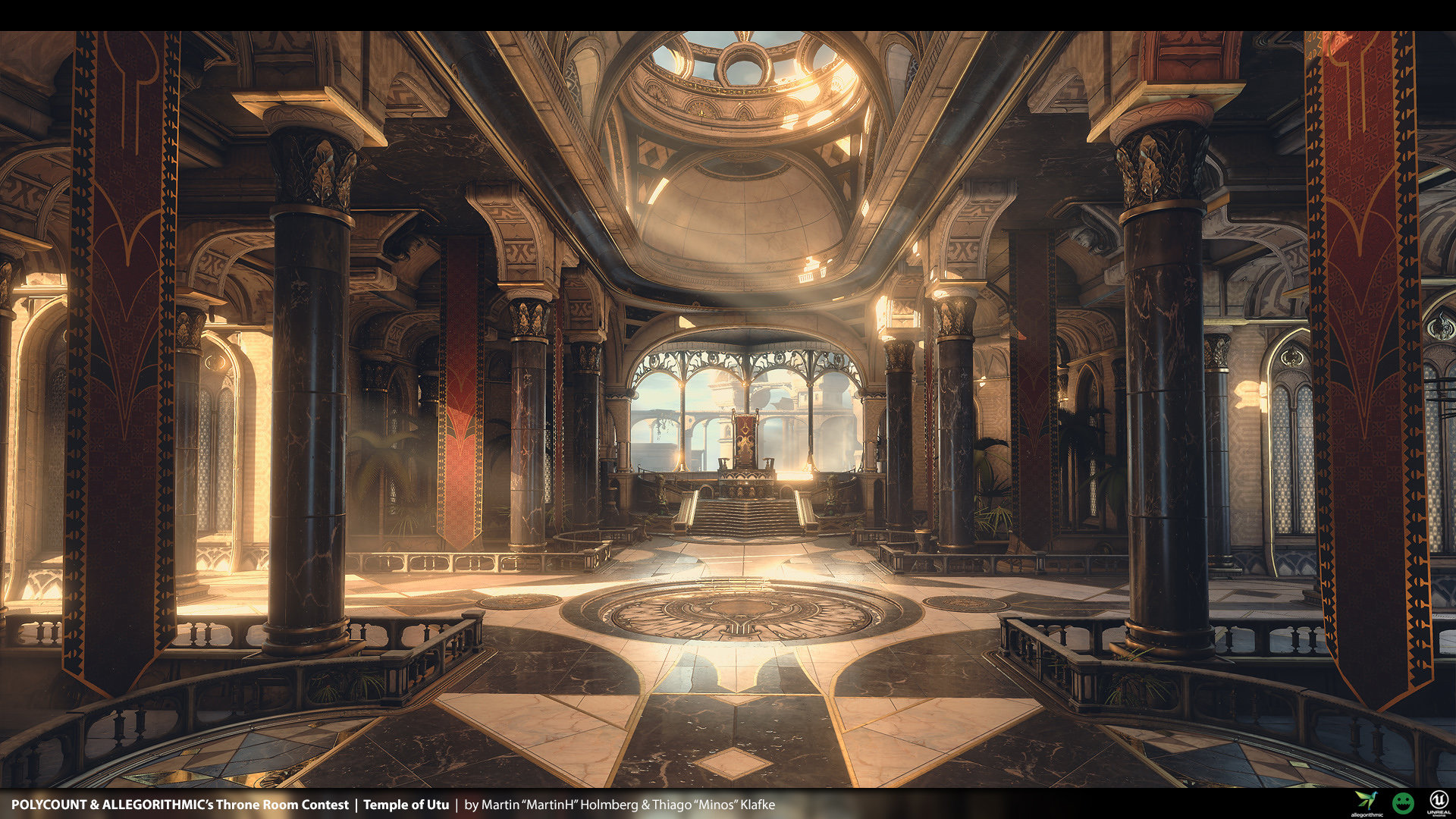 In the past eras, the Monarchy of Iskandar was passed down through noble bloodlines that could trace their lineage back to the first High King of Iskandar, Lord Ellemix. However, in the Fifth Age, folowing the events of the Cradle of Light, Iskandar has become an elected monarchy to be determined by the chaplains of the Iskar Astartes. The procedure for such an election has gained the name, The Trial of the Centurions, and is accompanied by an open tournament whereby the canidates for the throne might display their strength, cunning, and talents to the world. The victor of such a tournament is not guaranteed to succeed the previous ruler, but it is their first opportunity to make an impression upon their subjects. The tournament, and its trials includes contests of valor, strength, and wisdom.   The chaplains of the Iskar Astartes are:     While the High Monarchy is elected by the chaplains of the Iskar Astartes, the lesser monarchy, those Kings, and Queens, who preside over the greater realm and its fiefdoms is determined as in days of yore, by lineage to the houses of the Iskar Astartes. Following the events of the War of the Broken Lance, the legitimacy of these rulers is in question, for many of the noble houses were shattered, and others still disolved (or openly committed treason) to appease the Magisterium during their annex of the Dawn Realm.   The current rulers of Iskandar are:

The Lion Knights of Galmirridion

The defenders of Aarunsurlye are the noble Lion Knights of House Galmirridion. These stalwart warriors are revered as the greatest martial fighting force in the world of Orr whose tenants and deeds gave rise to the word 'Paladin' that has since been used to describe those who swear sacred oaths, and fight with divine conviction. During the War of the Broken Lance, Aarunsurlye and its noble defenders were annhilated by the Magisterium, but following the events of the Cradle of Light their house has since been restored to once again defend the realm, and act as becons of truth, mercy, honor, and justice.   South of the city of Aarunsurlye lies the black keep, Castiel, where the knights of this sacred order garrison themselves. The keep was blazed black by the fires of the red dragon, Radimax, in ages of yore. With their house restored, the Lion Knights of Galmirridion once more train here in the shadow of the Platinum Mountains under the leadership of their heroic chaplain. 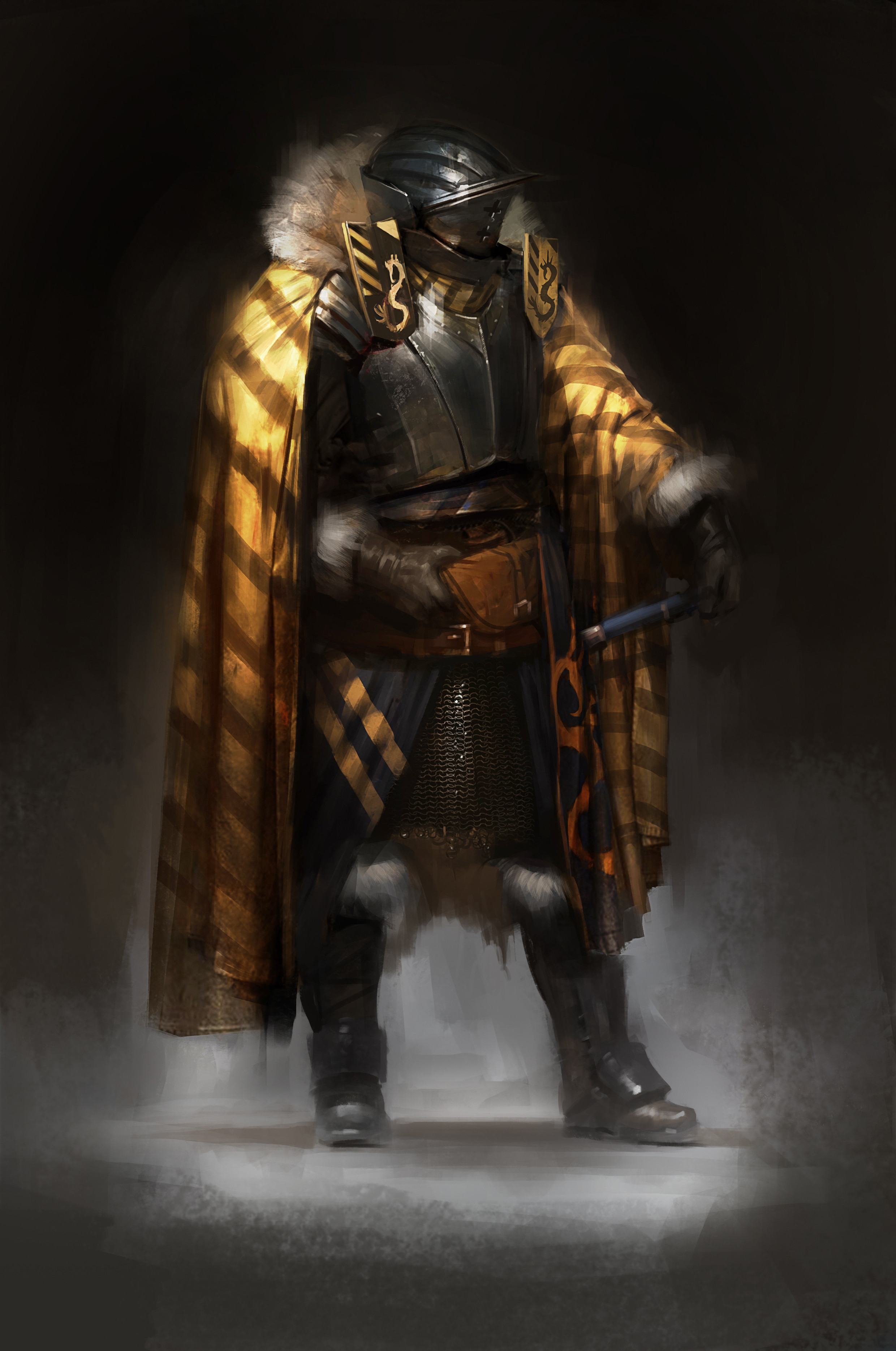 No more dragons! by Oleg Zherebin
To become a Knight one must complete a Quest. These are deeds of valor in their truest form, often selected by the chaplains of their respected house, but occasionally by the lords and ladies of the realm. These quests are often perilous adventures to sooth disharmony within the Dawn Realm, or conquer threats that prey upon its citizenry. The most noteable of such quests are the Wyrmhunts, where those who wish to become knights are sent to the Platinum Mountains to slay dragons that roost amongst its sprawling, ice-capped aeries. Wyrmhunts are conducted ever ten years in an effort to see that Wyrmlings, and young dragons are felled before they can grow into their realm-threatening strength. 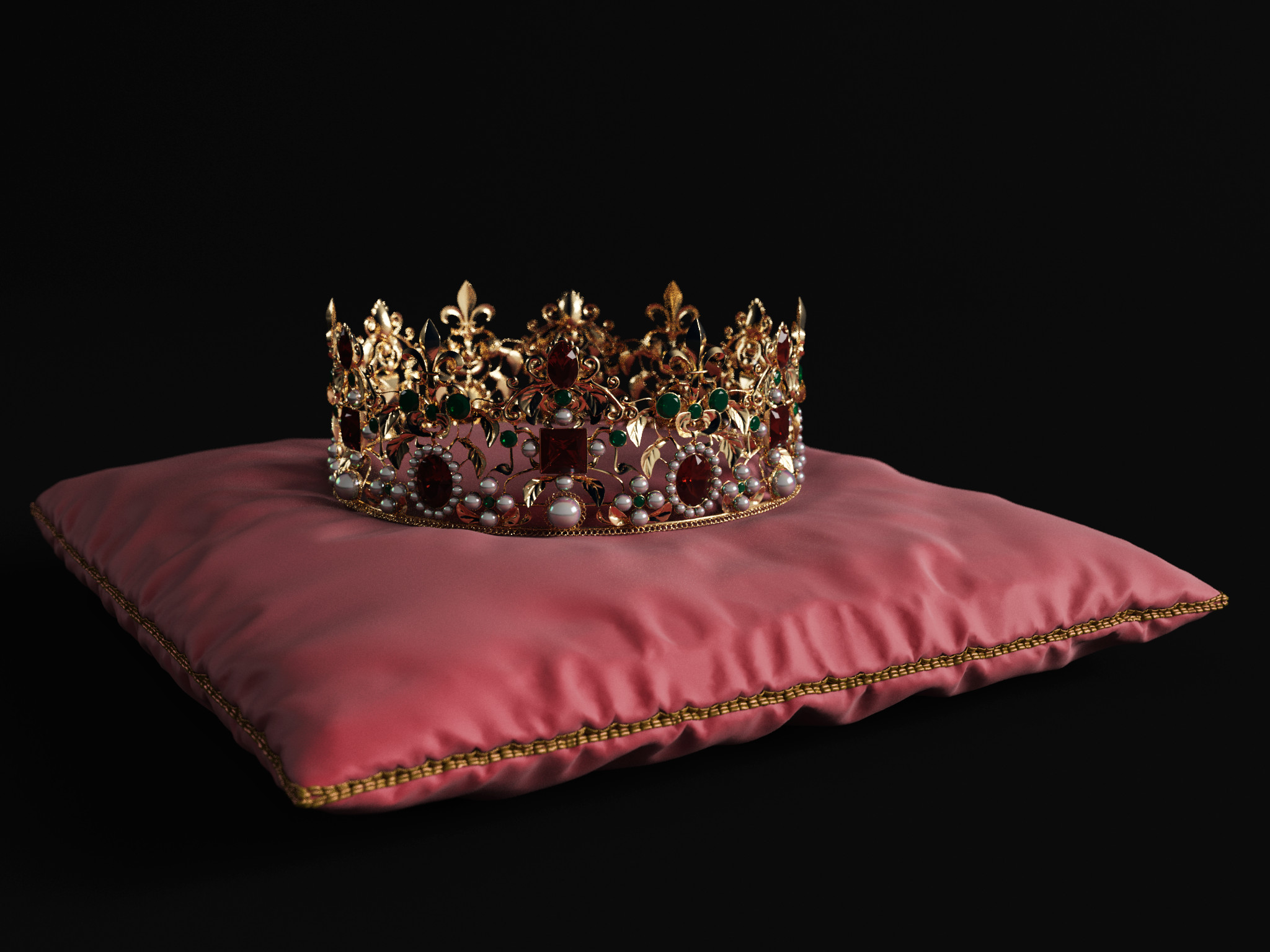 
Following the events of the Cradle of Light, the high king of Iskandar in Orr's Fifth Age is Bryndarion of House Feyrendel whose three quests to become king were called the Saga of Serpent, Scale, and Song. These quests included the slaying of a ship-eating Leviathan, a Wyrmhunt against the mighty red dragons of the Platinum Mountains, and the raising of Aarunsurlye from the destruction of the War of the Broken Lance.