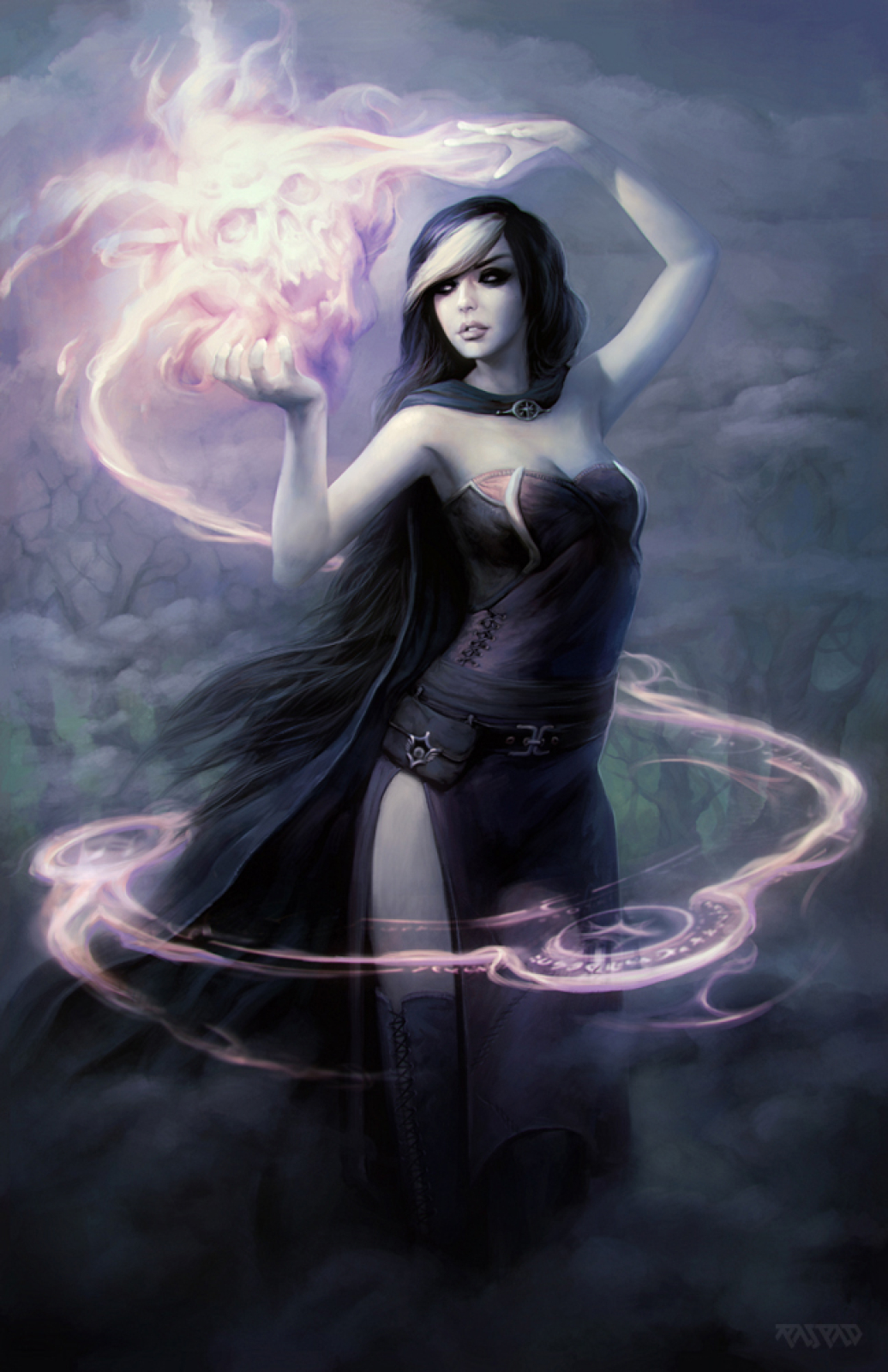 Image by AlexRaspad on deviantart

Gabrielle Silverose, an interesting character existing during the same era as Anastasio Arbitrium. Gabrielle was in roughly the same social state as Anastasio Arbitrium, unknown and unloved. Anastasio and Gabrielle became close friends, she would help Anna during her down swings and advice her in her manic ones. She then bean training Anastasio in the art of dark magic when Anna revealed her use of magic. This only strengthened their bond as their honesty towards eachother grew stronger

Born in Maalta, she is disliked by many of the racist nords in Breace, thus, she is labelled an outcast. One day, a strange character moved in nearby, no one really noticed her arrival due to The Battle of Modar distracting them. She viewed this new neighbor as a strange character, she approached her and they became close friends, They revealed their secrets, hopes and dreams and became like sisters to each other.   After Anastasio Arbitrium's ascension to the throne, their bond only grew stronger. Anna announced Gabrielle as hand of the queen and chose to make her the kingdoms mage. Gabrielle was the only person allowed to use magic and became known as a great wizard through her invention of spells and concept on magic and science

She was self educated and founded the University of Balance

1. Wrote The Basics of Magic, a spell book which held many rituals and powers and (know) ancient spells of her invention
2. She created countless theories and equations about quantum physics and advanced algebra
3. She funded and started the University of Balance which is still around today
4. She had many philosophical and psychological insights on the universe 5. She created battle plans for war and helped plan speeches for diplomatic matters

1. She often times was moved to anger very quickly
2. Lost her temper in the middle of an important meeting causing difficulties
3. After Anna's death, she went mad and locked herself in a tower in the ruins of ephera where she spent every waking hour working on spells and theories, distracting herself from Anastasio Arbitrium's death

After Anna's death she went insane and worked herself near death. Once she was unable to think of spells or theories, she couldn't bare the memory of Anna and killed herself

She was apart of the Seventh Order, Necronamin

When Anastasio secretly moved to Breace during the battle of Modar, Gabrielle was the only one who noticed her new appearance in the city. She went over and greeted her, frankly revealing her suspicions. Anastasio revealed her illegal immigration and trusted Gabrielle as her only friend. She then mentioned her use of magic to which Gabrielle revealed her mastery in it. She agreed to train Anastasio as her prodige