Miqe Kishev is the Big Dreams Corp's CEO. The company has been in his family for generations since the discovery that changed the world forever. He, like any other human on the planet, got superpowers when he was a kid. For five years, he terrorized nannies and his household staff with his psychokinetic powers. He got his joy from breaking precious antiques his father loved dearly and blamed the employees for it.

-Liyne, how's little Miqe? Has he got his powers yet?
-Yes, I always knew he will be a psychokinetic kid.
-Why?
-Because he wanted it. He always gets what he wants.
-Liyne Kishev. Miqe's mother.

Miqe is the only son of the late Narich Kishev and his wife Liyne, also deceased. Both of his parents were in their early sixties when he was born. His arrival was long awaited by the family. His mother wanted desperately to have a child and his father needed an heir to run the company. His gestation was carried in a surrogate womb.


Her mother allowed him to do everything he desired and showered him with gifts and candy. When he was difficult to handle, she let the nannies or tutors deal with him, and she occupied herself with more interesting projects, like organising charity galas or gardening.


His father was a stern man. He always pushed Miqe to be better. Narich insisted he should be top of his class, win all the sports competitions, speak many languages and be the best at everything, always and by any means. His father, very often found him lacking and never hesitated to express his disappointment.


Miqe was a well-behaved kid in front of his parents and released all his hate and frustration at other people he deemed lesser, insignificant. He was the heir of the company that owned the world. Everyone was obligated to bend to his will.

Take over of the Company

-Father it's getting worse every day, mother. We must do something.
-I know Miqe, but it breaks my heart to see him like this.
-That's why we need to send him to the best nursing home money can pay.
-You are right, my son. You always are.
- Miqe's father died two months after this conversation between Miqe and his mother.

In his early twenties, Miqe took over one of the branches of the company. Despite his youth, he had already finished his university education and run the research on medicine and superpowers with a firm hand. Making discoveries that brought phenomenal profit for Big Dreams Corp.


His father was in good health and refused to let go of the control of the company to his son. Miqe decided the old man was getting in the way of his goals for the company and devised a plan to put Narich out of power. No one for sure what he did, but some time later Narich suffered a stroke that left them incapable to run the company. After that, his health deteriorated rapidly, and he died.

-The reports this year are excellent as always, sir.
-That's not news. I read them already. That's not what I'm asking.
-I don't understand, sir.
-Of course, you don't. I'm surrounded by idiots. I'll have to do it myself.
-Miqe and some poor guy who lost his job that same day.

The highers up of Big Dreams Corp had always been aware of the existence of The Protectors. They may not know exactly where the hidden towns are located, or how many and the identities of their secret agents in the big cities, but of course, they have heard the rumours.


Lately, although the profits of the company are high as always there is some discontent around the customers, because they are obligated to be customers, and many of them have voiced (privately but the company has several ways to gather information) that perhaps an approach similar to those safe towns could be desirable. Miqe Kishev can't and won't allow a bunch of weak parents and their spoiled kids to threaten his empire. 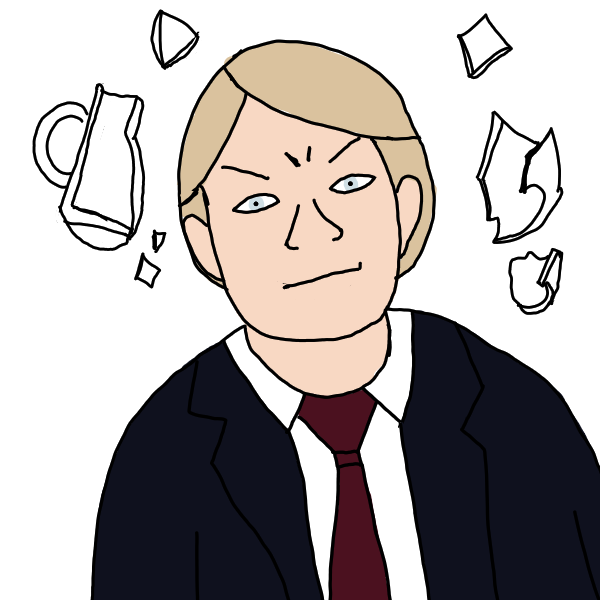 I know he is a villain, but he had a very sad childhood. This man reminds me of *someone* I know... Thankfully, the someone I'm thinking of doesn't have such a reckless thirst for power-- though he did wind up quite reckless...