The Council of Wizards and Witches of England 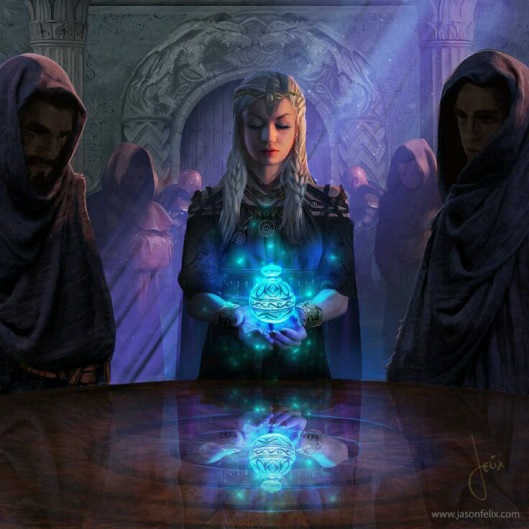 Unnamed by Jason Felix
The Council of Wizards and Witches of England is the largest Wizardry community in the world, they operate as much as The League of Heroes in the sense that they take control and jurisdiction of the Magic World, under their sphere of influence they administrate other several Magic Societies.   Under an agreement done with The League of Heroes, the Council would take jurisdiction on these magic societies, the League would no intervene directly but rather act through the Council and only through the Council, this has resulted on several conflicts with The League in the past due to the practices the Council uses to deal with the magic societies, for The League, their practices are seem as severe and sometimes extreme, none the less, conflict with the magic world and human world is close to non existence. Only when conflict between the human world and the Magic world occurs is when both the League and the Council will work together to solve the situation.

The Purest of the Pure

For the Witches and Wizards, the purity of their blood is everything, not only is tied directly to their powers but its important part of their social structure, as such is natural these ideals are reflected on their largest administrative organization.   The Council is formed by one member of each of the most powerful and prestigious houses of each Society, how is a house determined to be worthy of inclusion in the Council is a very convoluted procurement, but the most important factors for a family are to be of pure blood and to demonstrate direct ties to one of the mythical Witch of Wizard ancestors, if the house es able to demonstrate these requirements, they are inspected by the Council and determine if they are worthy or not, there is no arbitrary measurements for this, the council ultimately decides the final verdict. In the last century the organization has not add a new member.   The position of each member is hereditary and each family must appoint an Witch or Wizard to act on the council, often time they send an important and experience member of the house for this matters.   Finally, the Head members are composed by the most prestigious Family of each Society effectively giving two seat to this family, one of the Council and one on the Head Members. They are the auditory members of the Council, while the other members propose new course of actions, the Head members are the ones able to allow those motions to continue or to block them, they may also backtrack any decision taken by the council, thes eactions however must be taken via ammine vote.

This is the common composition of the Council and they have been guiding and administrating all affairs of the Magic World with questionable methods and ever changing regulations and laws, in order for a proposal to past it needs to be approved by half plus one members of the council and then be approved by the Head Members.

Council of Witches and Wizard of England Magic Societies Jurisdiction

The Council has direct jurisdiction over several Magic Societies across de world, they are in charge to deal with all the indebers and situations that would present.

In their world, the Council acts as the undisputed authority, regulating and imposing laws into their societies, while they do a more than adequate job, the council in rampant with corruption and members that run on their own self interest. This has led to a great discontent on many of the Magic Societies tat are left unrepresented and untenanted. Due to this problems, the constant outrage from various parts of their societies grows ever more day by day. Causing in several Witches and Wizards to abandoning their societies all together and entering into the human world, this acts is forbidden for all Magic users and led to the council to take unorthodox actions, resulting sometimes in catastrophes either in the human world or the magic world.   While this problems continue to grow, the Council had keep much of this information outside of public knowledge, specially The League of Heroes however some cases are brought into the light damaging the relations of both organizations. 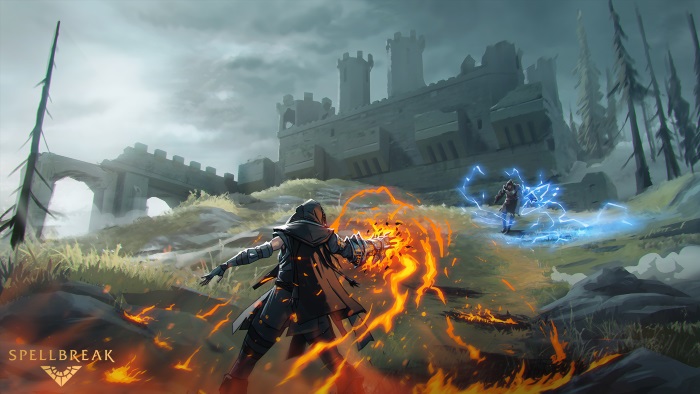 Concept Art by Spellbreak
The War of the Poisoned Heart was a conflict involving many of the magic societies across the world, considered by many as a Magic World War, the conflict lead many of the magic communities of the world vulnerable to their enemies such as the Witch hunters.   The winning side decided to create an entity that would regulate the internal conflicts of the magic world to prevent it from being threatened by exterior forces.   Since the XIX century, The Council has take on the task to administrate the magic world, when World War one and two posteriorly affected directly the Magic World, they were the first line of defense, after the war ended, The Council entered in direct contact with the newly formed League of Heroes and established communications. Since then, The Council and the magic world had been on steady grow.

The League of Heroes

While The Council considered itself more than prepare to handle all foreign relations with the human world, they decided to accept their invitation and join the League as a Guarded Nation, this would grant then more protection against their ever looming enemies the Witch Hunters and would make travel between their Magic Societies safer.   However, due to various factor such as the Witch Hunters and Rogue Witches and Wizards, they tend to various incidents, the League tries to impose more open and clear communications and procurements in order to diminish said incidents, however the Council rejects firmly such proposals and results in complicated relations and interactions between the two organizations.

As their mortal enemies, their relations are less than favorable, they had been at war since the very beginning and continuing to having skirmishes to this day, which they had been repealing in every occasion, causing causalities in the human world that ends in diplomatic incidents that end up damaging their relations with the League.

Related:
The League of Heroes
Guarded Nations
Witches and Wizards