Member of The Divine Council, ally of The Harbingers, advisor to the mayors of Flitwick and speaker of the duskmother. She achieved all of this without taking a single life...

Sorrow is a red skinned tiefling with medium length hair swept to the side and piercing blue eyes. Sorrow is possibly one of the less storied legends of the Harbingers conquests and battles against the ritual deities, acting as a side player and support for them in the same manner as Solution Carasir and Arissen Goldrick though with considerably less fame to her name.  She acted as the speaker of the Duskmother for 40 years before retiring and being replaced by The Celeste Family as part of The Divine Council of Thornden and wider Namarie. Sorrow was generally seen as a friendly, kind and empathetic individual who was deeply reasonable and believed in the sanctity of life and yet acted pragmatically when called to.  After retiring, Sorrow chose to stay in Flitwick to work in her old temple alongside one of the Harbingers and has never married or had a family of her own.  Sorrow, notably, was described as being 'troubled' by the Duskmother choosing the Celeste family as her replacements and she confided in Aliana Goldrick that she did not believe the Celeste family were caring or peaceful enough to represent the Duskmother's grace... she did not believe the Duskmother to be an entity of consumption but a caring hand to help those cross to the other side and she was desperate for that message to remain. 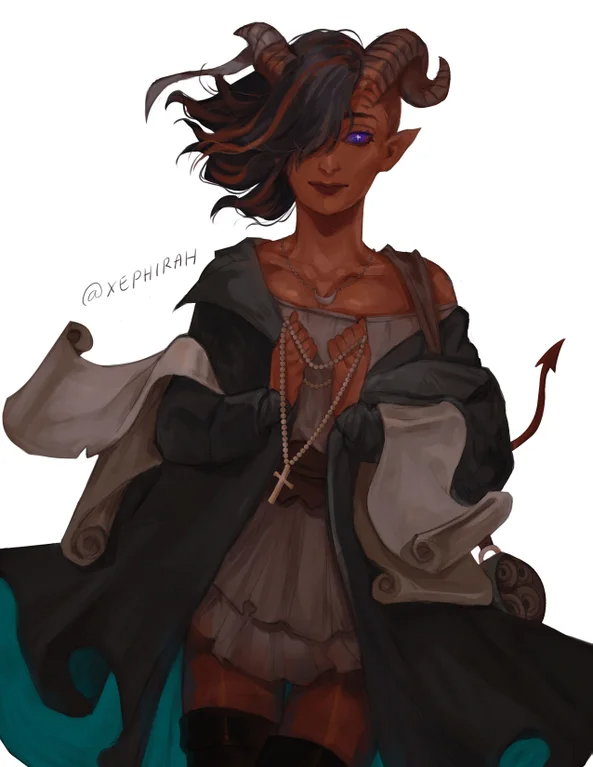