Evelyn is a beautiful, younger woman with a dazzling smile and a reserved but confident demeanor. She wants to find answers to what happened to her father, and she relies heavily on the townspeople to help her figure out the missing pieces. Her sister is all she has left, and she will protect her at all costs. She does not like violence but will resort to it if needed. She likes to keep her work private and trusts the men of the town to keep quiet.

She has a younger sister, Alice, who she helped to raise and who she currently lives with. Their home life was typical and loving, with their dad being the cornerstone of their middle to upper class economic status, working at the town shipyard. Evelyn's mother was the most loving, tender woman in the town until the accident. Everything then changed when Evelyn was 17. With her dad being taken and ripped apart in a corner of the shipyard, her mother was never the same, and took her own life a year later. Evelyn was forced to resort to find other sources of income besides helping at the tavern to keep afloat, and although struggling, is able to put food on the table for Alice and her.

Evelyn is a vagabond, which means she knows how to manipulate people into getting what she wants. Whether its due to pity for her parents dying or due to her charm and smile is unknown, but she certainly has a way of getting escorted to the Seneca Hotel late at night and returning to her home in the morning with a pretty penny. She works at the tavern, tending to customers and bringing them everything they need or helping set up for Rhoda Pitcher's or Blind Francis Bickford's shows. This is where she hears all about the happenings of the town, and gains intel about lonely men needing some quality time or about vaesen and the mysterious occurrences around town. Evelyn became a vagabond after her parents' death, needing to learn how to manipulate people in order to survive. Although it's not the life she dreamed of, she's happy she gets to provide for her sister and that she is informed about everyone in town.

Evelyn prays for her safety when she goes out with a new man, but has no real affiliations with any religion, not after the accident. She believes there must be an afterlife, or if there isn't an afterlife, in being reincarnated as something or someone different. Spirits exist in everyone and they help guide a person's life journey. She believes in the occult, because why else did her father die?

Evelyn's memento is a bottle of whiskey her dad was fond of. It's her liquid courage when a man seems frightening but also seems like a good customer, and something to get her through the lows of life. It's also something that reminds her of her dad and his happy drunkenness.

Deja vu- she has weirdly real and vivid dreams quite frequently, and it seems they occur in real life occasionally. Events or parts of events that she witnesses she feels like she has seen before, making her a bit more prepared for what happens next. This started after her father's death, when it used to be purely nightmares. Those nightmares were sometimes the talk of the town when Evelyn would get into work at the tavern even though she hadn't said anything about them. This gives her a one-time bonus for certain events, making her more prepared for the situation at hand.

Besides her father's whiskey, she also has a small knife tucked inside her corset in case any situation with a male gets a little too hands on. She's never had to use it and does not want to, but she'll know where to strike if needed.

Will is Evelyn's best customer. She thinks it has something to do with pity, but he pays well and seems to genuinely care about her. She can count on him if a man is to try anything extremely stupid, and she'll be there to solve his needs.

Evelyn often helps Rhoda set up at the tavern, and can confide in her about her little escapades with the men in town. Rhoda often knows best, and gives advice whenever needed, acting almost like Evelyn's mom.

Cleveland is a pervert. She's seen him follow her back to her home after a night at the tavern or in the morning after a fling at the hotel. She wants to stay as far away from him as possible. 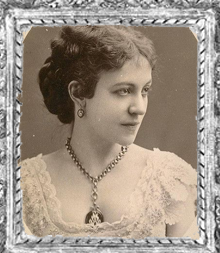 Resources: Struggling
Memento: Liquor or silver cross on a chain (wasn't sure if this was the equipment that we had to start with or the mementos mentioned that we could roll for)
Advantage: Sometimes her dreams seem to be a little too real
Spouses
Siblings
Children