A veteran, a scholar, a gentleman. These all describe William "Will" Wigglesworth to a tee. His physique speaks to a lifetime of service, and his attire gives away his straight-laced nature, with accoutrements that hint at his softer side. After his time fighting for the Union, Will Wigglesworth became a sailor, transporting goods down the Erie Canal and back up to the Atlantic.   While Capt. Wigglesworth runs a tight ship, adhering to every regulation the US government can provide, he still holds a passionate and romantic soul. There have been many a fleeting romance for the captain during his tenure on the water, but as he and many other seamen would put it: "His true love is the sea". While this is true for many men in their prime, Will has had a long life and is ready to settle somewhere, or so he would tell it. His crew says that this is a mood that all sailors get in after an injury or a rough week on the shipping lanes, but none can truly know a man other than the man himself. These thoughts of settling down seem to permeate the good captain's mind whether he is on dry land or upon the sea. There have been a few close calls with him on a dark night where he almost ran aground, thinking of his retirement. Capt. Wigglesworth has made multiple stops in Munson where he and I have discussed our fine town as a potential for a retirement destination, the town appealing to the captain's desires for a quiet life after his many exciting years of youth. The captain's eventful life has left him superstitious with a great knowledge of the lore and legends of the sea. His desire for companionship has slowly grown Wigglesworth's social circle, as well as the gossip that such a circle generates.

Met on the boat ride over and hit it off. Veterans, gentlemen, scholars and all of that. They have shared a few drinks in the short time from their visit

Will is Evelyn's best customer. She thinks it has something to do with pity, but he pays well and seems to genuinely care about her. She can count on him if a man is to try anything extremely stupid, and she'll be there to solve his needs. 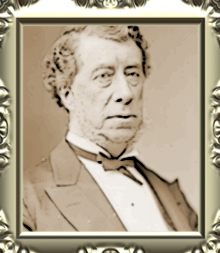