Estelle Lawrence keeps the books at Anderton Dry Goods and from what I've heard, she runs a tight ship. She has a calculating mind and isn't one for small talk, but you can tell she's the type who sorts people into different columns in her mind, and I'll be damned if she doesn't have the approximate measure of most people. Myself included.   I wouldn't call Estelle rude... perhaps "crisp" is a better word. She understands work is work and doesn't want to mingle social pleasantries with her job, which I suppose I can understand at some level. A conversation with her feels almost transactional, more of an exchange of necessary information between parties than sharing any kind of warmth or human experience. That's not the way I do business but to each their own, and old man Anderton says she's the best bookkeeper he's ever had, so that's saying something. She also knows about hundred different uses for every dry good they keep in stock.   What I personally find most interesting about Ms. Lawrence is her depth of knowledge about all manner of folk remedies, both those of Christians and pagans. She won't tip her hand as to whether she believes in either God or ghosts. Nothing about the otherworldly seems to pique her interest. It's just information to her, it seems. If it can't be easily sorted into a column, then it doesn't exist?   I feel like with her keen eyes and shrewd mind, she sees more than she's willing to admit. I haven't had the need the press her further on the details of what she truly does or doesn't believe, though such a conversation could be enlightening.

I think we just got off on the wrong foot. She was not having any of my small talk, keeping quiet as she rung up my snacks. She was cold and unreceptive, and I think that unsettled me. I could feel her judging me, and it made me feel like I was back in command, with superiors looking for reports and paperwork. I left quickly back for the hotel. 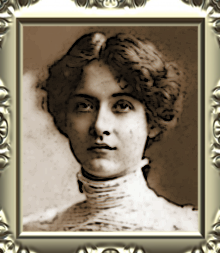