Tall due to his elven heritage, but he has traces of his human parentage, too, like slightly broader shoulders.

Compared to his age peers, he has a bit of a baby face syndrome, which makes him easily embarassed.

To humans, he looks a lot like a full elf. But to elves, he looks too much like a human with his softer features and broader shoulders.

As a member of Embercloak family, he has inherited the skill of summoning psionic daggers out of thin air. He still needs some practise with them, though.

Carries a glass orb in a leather cord on his neck. When shaken, the small orb looks like it is filled with tiny fireflies. He got the necklace from his father.
He has an ordinary shortsword and at least three daggers with him most of the time. One of the daggers is apparently made of dragonbone and was also a gift from his father. It's his main dagger, the others are more well hidden but this one he carries openly as a pair with his shortsword.

Has been taught by his family in the arts of assassin, as the tradition demands.

His clan is small and still recovering from an incident several years ago which resulted in the loss of several family members. Lysaer cherishes his small family and would do anything for them.

Knows common courtesy and is average in social situations, sometimes even quite pleasant to be around.He is a bit shy, but not badly so.

Their family is small, but still counted among the great families, so even if he doesn't live his life bathing in luxury, his family seems to be quite well-off. 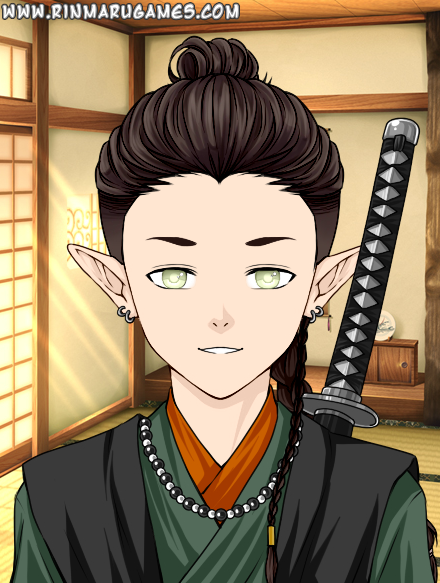 Son of an Assassin family, looking to prove himself on his very first real mission.

Melyria is a custom roleplay setting made to work with Dungeons & Dragons 5th Edition by Tiirikka and friends.
Melyria draws is inspiration from several Dungeons & Dragons settings and their lore, mainly from Forgotten Realms.
Dungeons & Dragons belong to Wizards of the Coast and I claim no ownership of it.
Melyria and it's quirks belong to me and getting inspired is very much allowed and credits appreciated!
Cover image: Melyria cover, eyes from digital painting "The glare" by Tiirikka
Article template
Character
World
Melyria
Category
Player Characters in Characters
Author
DarkTsuyoi
Publication Date
4 Apr, 2020
Creation Date
6 Mar, 2020
Last Update Date
26 Apr, 2020
Visibility
Public
Views
149
Favorites
Comments
0
Work In Progress