An Aerial Home Ship is a type of floating ship that is the main method of housing and transportation used by the people of the Northern Isles.  They range in complexity from smaller, completely automated ships, to ships that require complex larger crews to oversee their function (generally the larger the ship is, the more people and less automation is needed to run it).  Aerial Home Ships are a farely new phenomenon, only really coming into large scale popularity in the last one hundred years, leading to a widespread interest in exploration as they new types of floating ships lend for more of the world to be seen then ever before.  Prior to the invention of Aerial Home Ships in 1908, the people of the Northern Isles lived exclusively on the water.     The main manufacturer of these ships is Emerald Orange OH based out of EastAngleia , although there are several smaller companies that make specialized versions of these ships for various other needs. 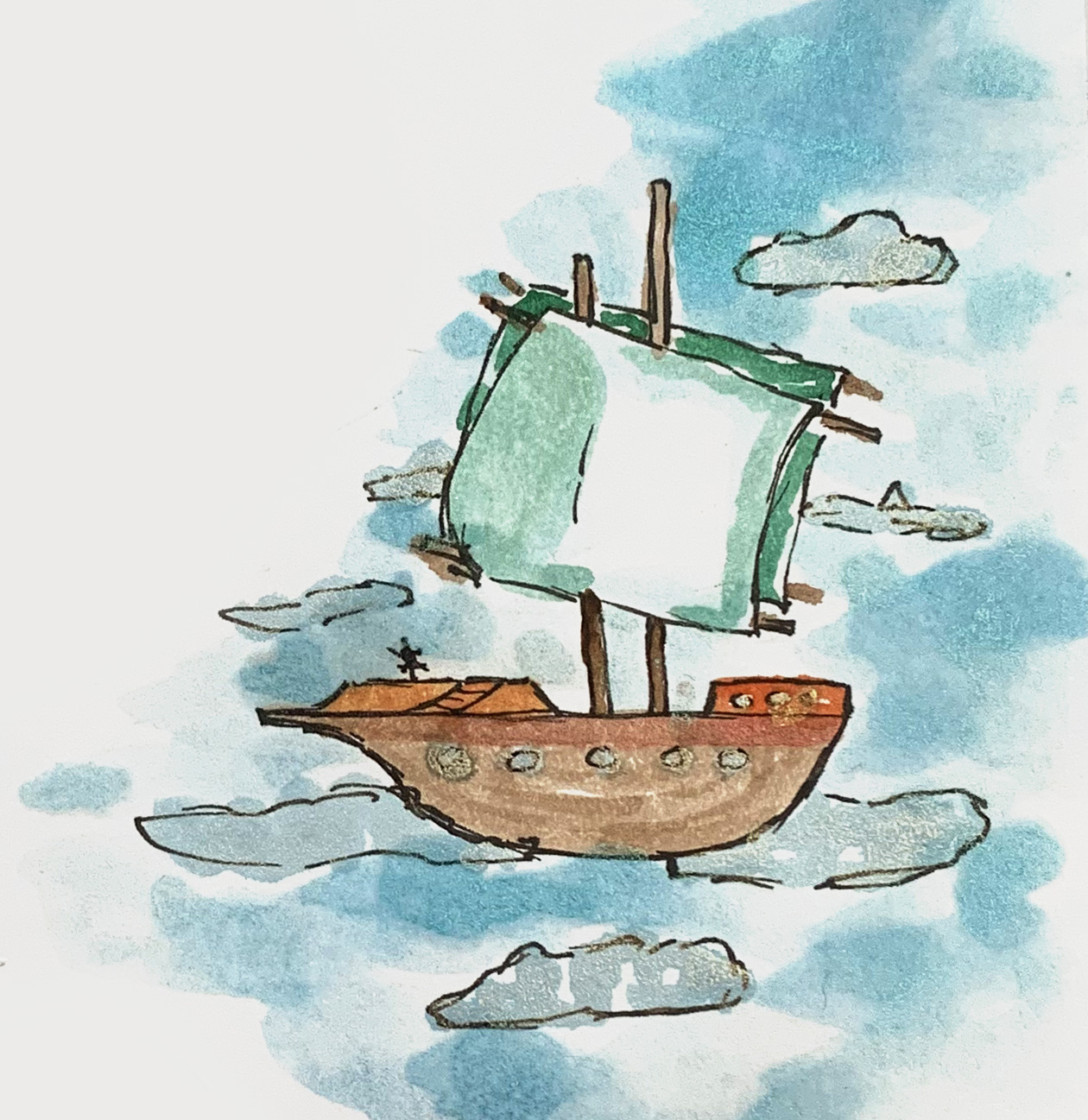