An Australian M1A1 Abrams that secured his place in history by taking after his heroic namesake.

For a tank as old as he was in the time period, he was a particularly clean one on the topic of battle wounds, having only a few gouges from bounced rounds across his hull, but aside from that, he was just your usual late war MBT MAI.

The main things that made Prescott stand out against his peers was a mixture of simply his optic color, symbol placement and relative cleanliness. Most of his peers had the symbol of their section on both sides of either their turret or hull, but Prescott only had his on his left turret side, purely because his crew didn't feel like taking the time to paint in detail on both sides and he didn't have a problem with it.

Just like thousands of others of the like, Prescott Walker was activated to fight in the Third World War on the behalf of the Westerners. There was nothing particularly remarkable about him; just your run of the mill main battle tank adorned with a sandy beige paint job, save for the name, "The Bull Allen" painted on the right side of his gun. He fought particularly well and got along fine with his crew, and was oddly lucky in that he rarely ever got hit with a successful shot, having mostly smaller gouges from bounced shots across his hull.   For the majority of his life, he acted quite full of himself. Even if he was the luckiest of his bunch, it didn't really excuse the behavior, and as a result, he wasn't the most popular. That is, until the Battle of Medyn. Medyn wasn't even that large of a battle, about 25 armored units on each side; more of a scuffle, really, the size of the battle wasn't what mattered on this day, though, but what happened during it. At this battle, the Eastern troops had luck on their side, and were doing well in picking off the Westerners who at that point were only trying to get out alive so there was at least something left when reinforcements arrived; well, the humans, at least. When a tank is disabled, regardless of otherwise health, it's simply protocol to escape to safety, so twelve tanks were abandoned and left at the mercy of the attackers.   Down for the count due to a lame wheel not very far away, was Prescott. Upon hearing the news of essentially half of their units being incapacitated and that they were doing their best just to get out, he began to show a side that previously was quite uncharacteristic. "Are we going to go back and get them?" "What happens if we just leave them here, at the mercy of the Easterners?" "Who cares if there's reinforcements, what happens while we're waiting for them?" "We aren't seriously leaving all twelve, right...right?" The unwillingness to act from his crew made something snap in him that nobody knew was there in the first place. "Fine, then. I'll go get them myself."   Despite missing a wheel, and despite protest, he went for the nearest towing chains he could find and thrust himself into battle, and for once, rather than glory, it was for the lives of his team that nobody else wanted to save. He weaved between buildings as gracefully as a tank possibly could, located each of his MAI allies, chained them up and dragged them to safety one by one. You may wonder, "dragging another tank obviously slowed him down, how did he avoid enemy fire?" well that's simple. He didn't. He'd already accepted that in doing this, he'd be like a magnet for enemy fire. The tank he was carrying was of less concern in this situation, after all, why shoot an already incapacitated tank when the one saving it is much more dangerous? But a magnet he indeed was, taking shots in all directions, mostly to his sides, and really, it was a wonder that he's survived for so long, as so many shots just barely missed vital engine parts and some even hit exactly where intended; he'd even had two of his optics shot out despite wearing blinders, one of his late crew members went so far as to say that in some places in his hull afterwards, "you could look through a bullet hole on one side and see out the other." Nevertheless, he managed to rescue all twelve tanks, the last being unchained as the first of reinforcements arrived, and drove past him into town to deal with the now weakened Eastern units.   Though his wounds were being treated with as much attention as possible, resources were stretched thin among the company, and this was only worsened by the fact that they suddenly had a grand total of 13 units to attend to. It was discovered that there was a significant crack in the shell of his AI box, but there were no tools at hand to safely address the damages with their severity. The reinforcements that had arrived had such tools, but it was simply too late get these resources unpacked in time to help him due to how quickly his core state was deteriorating. By the time a technician could get into his hull with said tools, he was gone. Witnesses on scene say he was surprisingly responsive despite his current state, but it's unclear whether it was due to some form of nerve damage, or the acceptance of his own departure.

Of course in his final moments, Prescott knew he wasn't doing well and probably wouldn't make it, so in his final moments, he was able to request what would be done with him if/after he died; to simply be returned to nature. A straight forward enough procedure, right? Just bring him out to the woods? Well, that's not exactly what his crewmates and friends had in mind. Rather than just leave him to decay in the woods, an entire garden was built in his honor by both volunteers and those whose lives he saved, and as with many MAI heroes, his body was laid to rest at its center. Unlike others, though, it isn't maintained, but rather left to the forces of nature by his request. 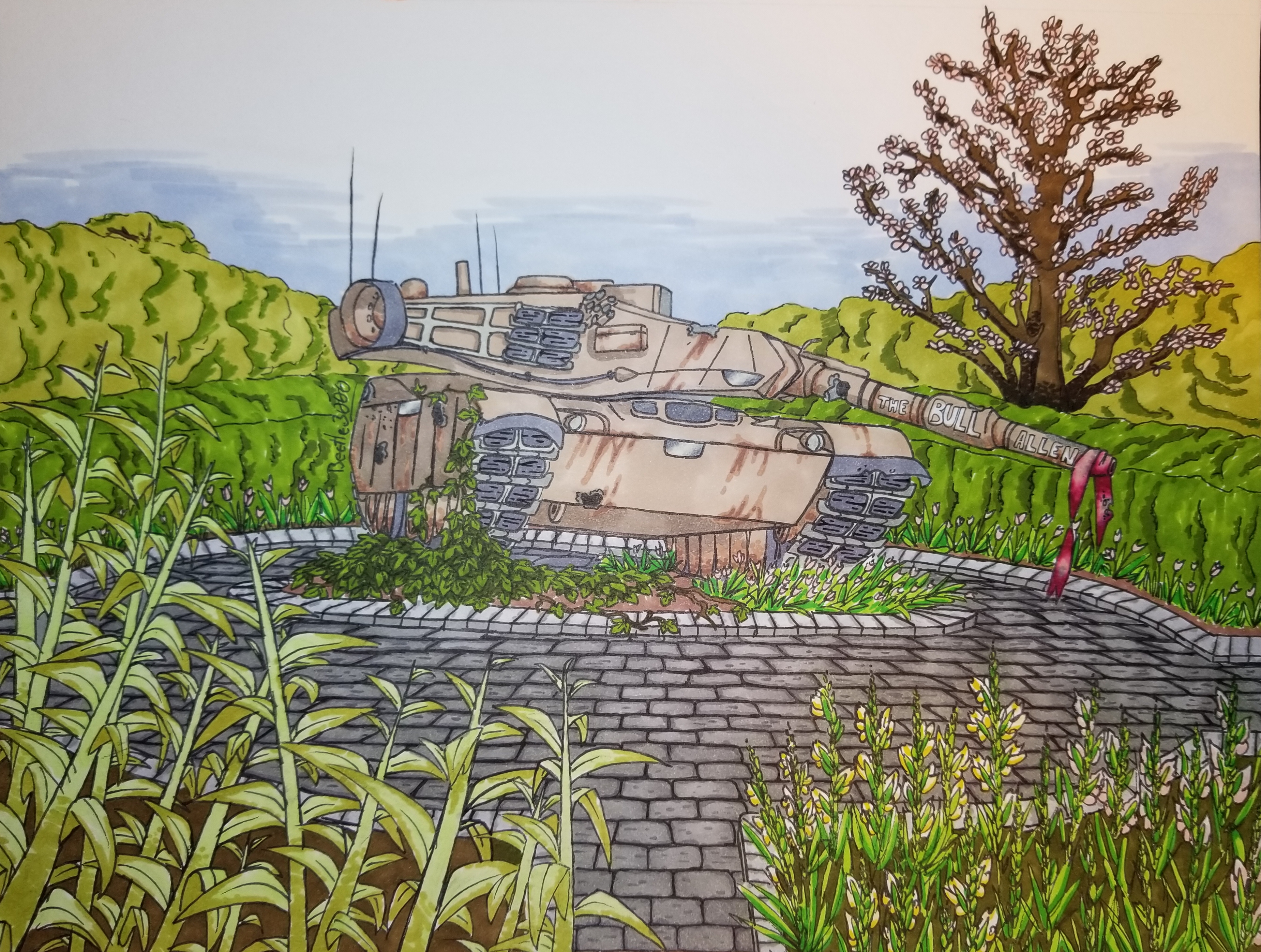 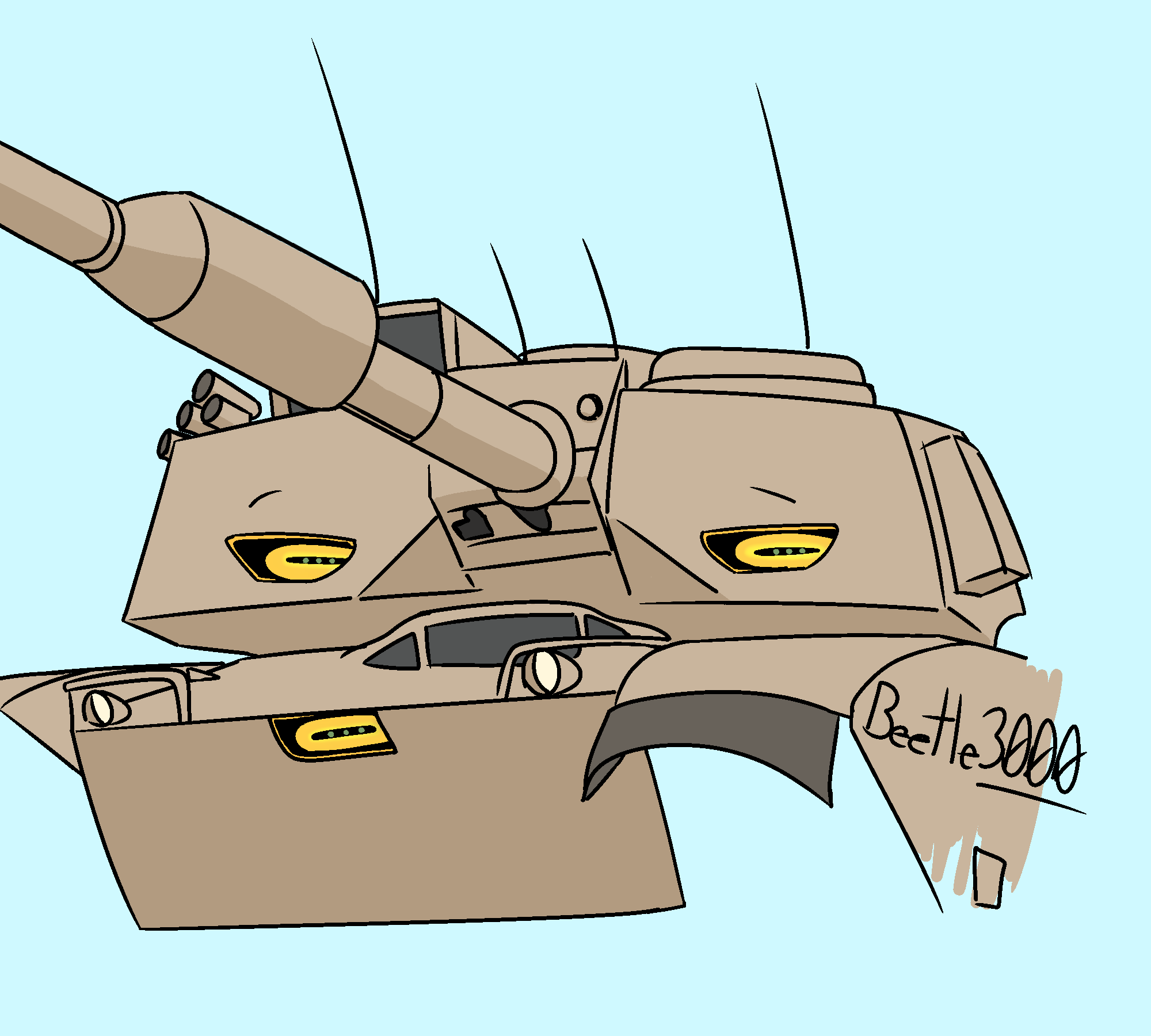