In 13 LC, the harbor of Nossed in Silimanis was blocked by the navy from the Kingdom of Labar, to prevent trade and transport from reaching the territory that was at the time occupied by Morsyana, during the War of the Sisters. The vessel Fire King (Lloreke Thilem), which originated from Zhai, therefore had to circumvent the harbor to bring rare goods and mercenaries to Morsyana. While it attempted to reach eastern Silimanis, it was spotted by a Labarean gunship and the two engaged in a naval combat that ended with the destruction of Fire King.   The shipwreck of Fire King was never recovered, nor were the goods that it carried. It is said that Morsyana was deeply aggrieved by the loss of the vessel, indicating that it may have been carrying items that were vital to her plans of domination. Speculation about this content formed the basis of the 229 LC Labarean novel Special Delivery, in which the cargo was revealed to be a captive fire elemental.   The destruction of Fire King involved experimental gnome technology, and the victory was consequently celebrated by the Kingdom of Labar as a triumph of tinkering. In 15 LC, the elven artist Nethellen Herell was commissioned to create a tapestry depicting the skirmish , which is currently on display in Hervik.

The Fire King was equipped with 28 oars and three masts for sailing power. 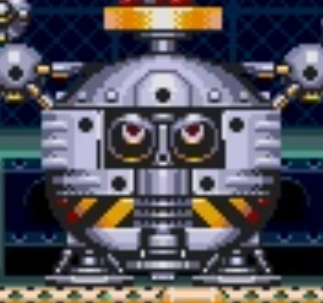 This ship sounds like it was a nice conglomerate of pre-WWI sailboat and mid-WWI steamship. I like it. I, personally, am a fan of the ships built between World War 1 and 2. They just had an air of majesty and greatness to them, something that the ships of today don't have. A few questions though. How does the hull of the ship handle such heavy guns? Is it wooden? Also, if the Fire King was propelled by oars, why exactly? Aren't there other methods of propulsion, like steam engines and stuff?

Thanks for your comment! What I wanted to make was an in-between ship, indeed, but from an earlier era than you mention - think late Renaissance technology. I needed a mercantile ship that was armed extraordinarily well, but was not perfected for battle and I came across the galleas as a close fit:   https://en.wikipedia.org/wiki/Galleass#:~:text=Galleasses%20were%20military%20ships%20developed,and%20artillery%20of%20a%20galleon.   I found conflicting specs for this ship type, but in the end took my cues from this particular shipwreck, enlarging the ship a little bit:   https://www.wrecksite.eu/wreck.aspx?13555   I have to say I am in doubt whether these dimensions truly reflect the ship, so I am still looking for more info on this.   So to answer your questions: steam technology is not there yet in the respective era of my world, and I based the double design of oars and sails off the galleas as I understood it. The historical vessel Girona apparently managed to load 50 iron/brass cannons using a wooden hull.

Huh, that's quite interesting. Thanks for clearing it up!

I love the idea of the tapestry depicting the skirmish. What an amazing artefact! I enjoy that we're left uncertain about what goods may have been onboard the ship when she went down.

Thanks for your kind words. News has it that the old queen Morsyana has returned from the grave, so perhaps she will look for her lost shipment!

There is a nice setting for Fire King to become an inspiration to inhabitants of this world, a very pleasing thing to read. I would like to know more about the content it carried. And to see the tapestry which Nethellen Herell made, but I may be greedy at this point. Thank you for a good read.