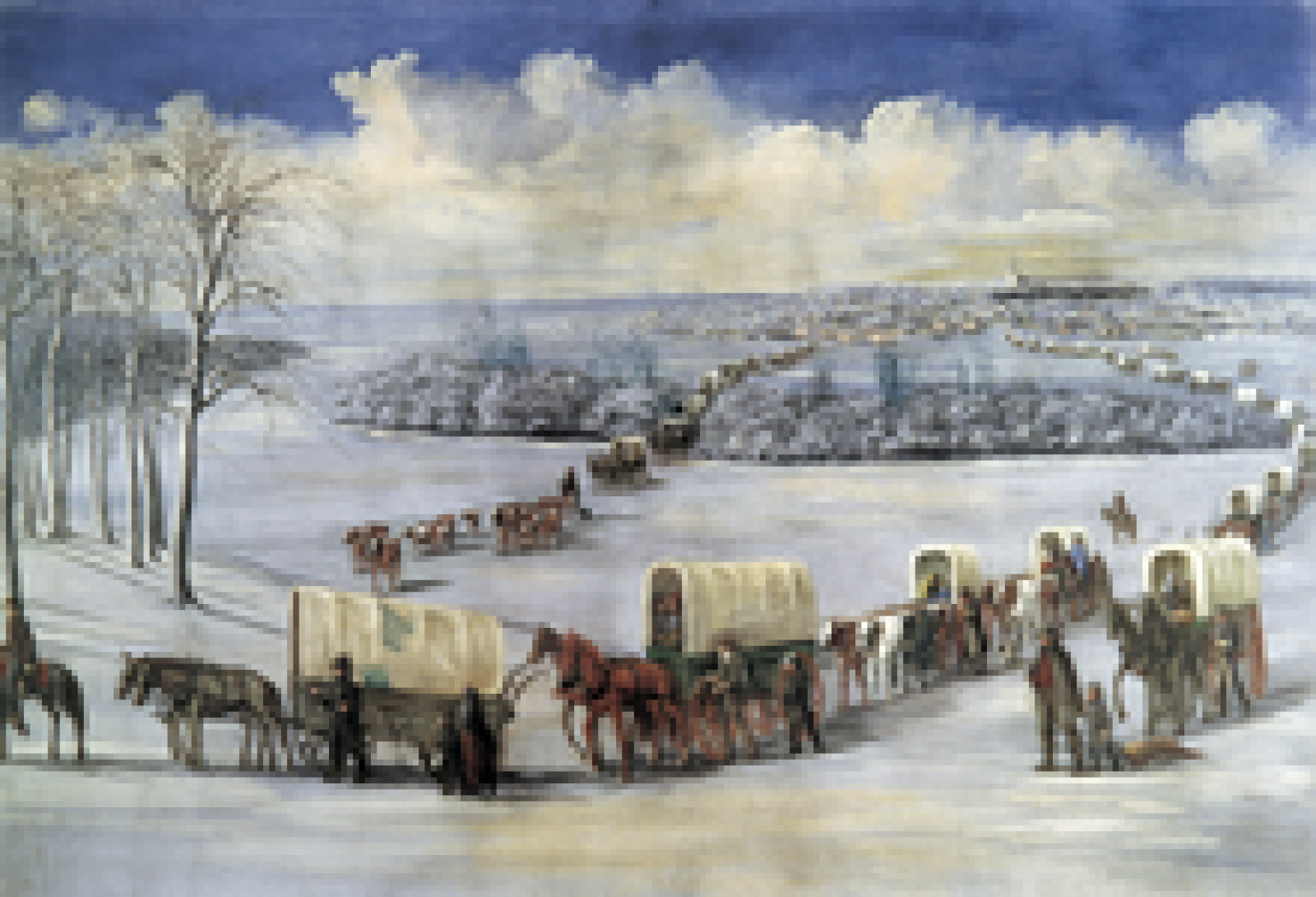 The Caravan/Wagon is a traditional horse-drawn wagon of four to eight horses used by Merchants to transport their goods from one place to another,and travelling communities who travel the realms having no fixed homeland. The typical design includes four large wheels,the sides are either straight or slope outward as they rise toward the eaves.Beyond this characteristic Caravans differ in shape,size,and the roof is either a bow-top (Curved) wooden roof or an open-lot which has canvas stretched over curved wooden frames.The designs were almost entirely standardized, and some features are common to all types.

The Travellers Caravan interior is typically outfitted with built-in seats,cabinets,a wardrobe,bunks and a chest of drawers.There are windows on the left side and rear.Most types have a roof-window/trapdoor which let in light and air.A bracket for an oil lamp is mounted over the chest of drawers,the chest's top functions as a table.Caravan exteriors can range from fairly plain to intricately carved,painted in bright colors,and some even have gold leaf on the scroll-worked wood.

"One half of it...was carpeted, and so partitioned off at the further end as to accommodate a sleeping-place, constructed after the fashion of a berth on board ship, which was shaded... The other half served for a kitchen, and was fitted up with a stove whose small chimney passed through the roof. It also held a closet or larder, several chests, a great pitcher of water, and a few cooking-utensils and articles of crockery. These latter necessaries hung upon the walls, which in that portion of the establishment devoted to the lady of the caravan, were ornamented with lighter decorations."   -Brother Athalstan- Monk & Scholar 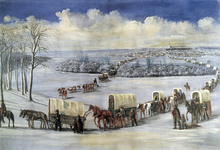 Answering: "Describe a commonly used vehicle in your world and who its used by."
Visit Loremaster Aemon's Competition Page Check all other answers to this prompt Competition Homepage