These are lesser beings than Trolls, and the people call them Trollkin. They lack the size and strength and invincibility of their forebears, though they are still larger and more fierce than mankind. They have ill favoured aspect, more like beast than human. They still dwell underground or in dark haunted places and their hatred for humanity is all the more fierce because of the speculation on both sides that their origin resulted from some forbidden ancient breeding between the two races.   Trollkin are warlike and cruel but they are not all simple brutes. They have a gift of supernatural stealth and can move silently wherever shadows fall and they can command beasts of ill omens such as bats, and snakes and ravens and slinking night predators.   Among the Trollkin are sorcerous Trollkin Hags, witches of the Trollkin race who deploy dreadful magic against their foes.

Brute beasts, inhuman shadows of the great Trolls themselves

Skill Proficiencies Inhuman stealth [4], Ferocious Melee combat [4], Resilience [4]
Languages Trollkin speak their own language. Some may be able to speak the language of the Norlanders
Equipment Crude but effective armour [1] Brutal weaponry [1]

A brutal member of a brutal race.  Eager-For-Screams feigned service of the men of Raendor in order to further the cause of the Trolls  but he was happy to torture and slay his so-called allies when he had the chance to do so without revealing his true loyalty.
He can speak the Norlander tongue and claims that this is because his mother consumed the brains of a scholar while she was carrying him.   Given what is suspected about the origin of Trollkin   Eager-for-Screams was one of the Trollkin that abducted Áedán of House Greendale in 1051 though she was rescued before she could be taken to Cardun 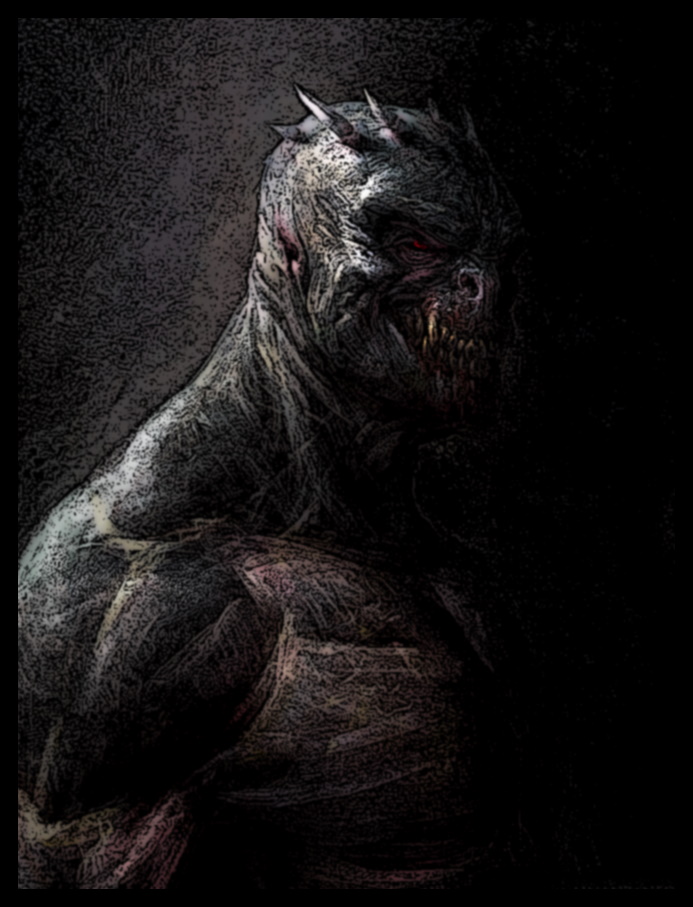