This Article is still a wip!
Needs: reformatting, images

As seen in These Days: Dazani | Follow You Down: Drowned

It is a notion I have had concept of for a long time now, yet never truly grasped its significance. I can not say I was ever very pressed to delve so deep into to subject as I have at present.
— From the journal of Mentalist Vear Mecdir

Vear is a military scientist specializing in mental manipulation. He was sent to keep a captured ex-pirate doctor in line, then helped work on the Bori Project's more secretive aspects and was getting results, that is until one of the experiments ripped him apart and left him for dead.

Vear is in top physical condition.   Or.. was. Now he is missing an arm and is in the process of regrowing the skin on his face after a skull recontruction. Considering he was wripped limb from limb though he's doing rather well.

I reatached his arm, rebuild his skull, but is inards back... well, in. His skin will grow back over time, and his lower body was mostly untouched. Mostly...
— Doctor Clarroy, assessing Vear's condition

Vear has slick black skin with yellow spotted markings and a long tail. He's muscular on a noticible level, almost overly so to the modern Vie sensibilities. Though he has never been conserned with looking appealing, as he feels his face alone is enough to undo any frivolous surface looks.

Vear has a manic looking grin as result of a colossi related incident in his youth. His teeth are wide and flat and often cause him difficulty when eating. He doesn't like being asked about it, as it brings back painful memories. Its also a bit frighting and unseeming to look at, for these reasons he keeps it covered under a medical mask.

Vear is relitily strong due to the conditioning he has put his body through, though his fighting style consists mostly of moves that subdue rather than harm.   He's also rather skilled at emotinal manipulation, finding fear to be particularly interesting in more recent years.

Vear nearly always wears a medical mask to cover his face.   He often wears a wide brimmed hat and long coat, as are popular with traveling doctors. (Particularly Darc Wecd, Vear is very much a fanboy.)   He also carries a staff designed to subdue people.

Vear was born to Ole Curze and Ramona Mecdir, in the little village of Mudhollow.

He almost died when he was 2 due to illness, but was saved by a traveling Physician. Due to this, he grew up with a heavy respect for Medics, wanting to become one some day.   Vear's heroes growing up were two famous Doctors, the Physician that saved him and Apothecary that invented the medication. He wanted to become a heroic Medic like them.
But it was a dangerious line of work, as the kidnaping of medical professionals was a well known phenomenon. He logically concluded that if he wanted to be a Medic, he'd have to be able to fend for himself. To this end he has had a strict physical regiment that he has followed to keep himself in top form.   At 13 he was involved in a Colossi related incident that mutated his face and killed his parents. This only pushed him harder into wanting to become a Medic.

While attending medical school he got to meet one of his heroes, Doctor Jloria Nijhd. She encouraged him to branch off into Soundness Studies, a medical science that had been woefully neglected. It seemed that Dr. Nijhd knew what she was talking about because he excelled in the subject. The Vondren Military eventually took interest in his research and offered him a high position as a Mentalist.

Vear had given up on romantic endevors earily on in his life, being too focused on his carreer choices and feeling his partucular mutations were not something one could get over.
That is, until he met Crizdal. He found her very attrctive, but couldn't deny that her greatest appeal was being the daughter of one of his heros.   Thier relatonship was always a bit rocky though. His very logical and driven nature seemed to bother her, especially where his hero worship of her mother was involved, and he felt she was over the top and demanding, too wrapped up in her own desires to be concerned with common decency.
The two would continuasly break up over their differing views, only to get back together again within the month. Finding the other too attractive and enticing to leave alone.

Graduated from the Cuhcil University of the Medical Sciences.

He works for the Vondren Military as a Mentalist. His work mostly intails keeping an ex-pirate Doctor in line, as well as managing key parts of the Bori Project.

Being witness to the horroriphic deaths of family and friends as a child has not done him any great service. The memories often haunt him when he allows himself time to think of them. On top of that his Cryolidhium poisoning has surly warped his mind in some way.   More recenly though he was in an extream accident that left him broken and exposed him to the Mindbreaker System.

It is altogether most unpleasant, if I am to be honest with you, and I am beginning to much prefer the pain.
— From the journal of Mentalist Vear Mecdir

His proclivity for logic, and need to find it in all things, has lead him to believe in things such as fate and destiny. These concepts are so forgin to the average person that they do not have proper words to describe them.
While Vear's ridged way of thinking has not lead him to be the kindest person, he was not cruel or uncaring either.
Atleast, not at first.   When his hero, Doctor Darc Wecd died in the Attack on Lord Ciwn he begane to get bitter and withdrawn, taking more drastic mesures with his patients.   And after an incedent in the lab that left him gravely wounded, Vear began to act cruelly and with violence against the old vie that was his first patient. 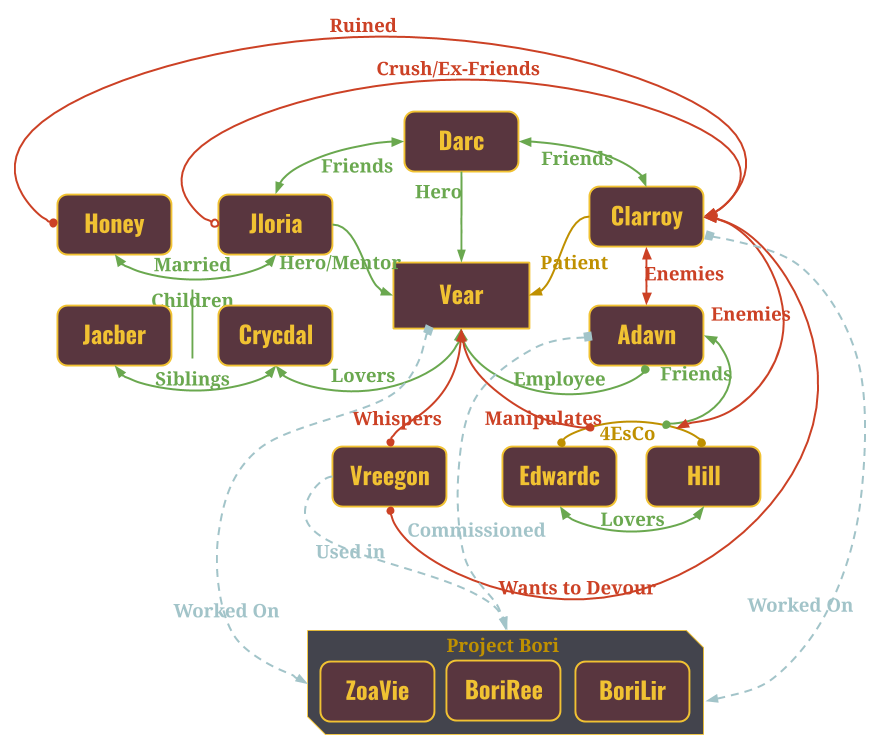 They have a stoic respect for each other's accomplishments, but Clarroy's excitable outbursts and boredom make him more a research subject and liability than friend. The two seem to both fear and respect each other, in a confused and complicated relationship that neither seems to fully understand.   After the escape of Bori2 and Vear's 'rebirth', the two seem to suspect the other has done, or is doing, something to undermine the project.

Clarroy is a prisoner of the Vondren Military, and works on what he's told, where he's told. Vear was assigned to keep an eye on him and carry out the second half of the Bori Project.

The detailes of the Bori Project

Maybe met him once, though its hard to forget that face.

Vear has a fanboy type admiration for Darc, even getting to meet him in person once!

Vear grew up hearing Darc's praises sung in his home town and went to med-school in the hopes of being like him one day.

Vear and Crizdal met at a dinner party where her mother introduced them.   They met when posible for a good time, but often ended up getting into heated arguments over various things. They have broken up and gotten back to gether more than any two people likely should.
There was talk going around that they might settle down eventually and start a family, but they were a bit to volitile to see it through...   Their dynamic and need for each other has changed since Vear's 'accident', though.

Crizdal finds Vear's some what dangerous personality and his very fit body attractive.
Vear finds Crizdal to be his Hero's daughter, and it doesn't hurt that she's pretty and intent on perusing him.

Ora sees Vear when he comes to visit his dad occasionally. Their interactions are always pleasant, and yet vaguely threatening.   That is until Vear starts using fear to control Clarroy, pissing Ora off. To combat Ora, Vear helps Adavn lay a trap for him.
Needless to say their relationship did not improve after this.

Ora distrusts that Vear has his dad's best interests at heart, and Vear thinks Ora is a bit intimidating and dangerous.

To Vear's annoyance Ora seems to be friends with Doctor Wecd. 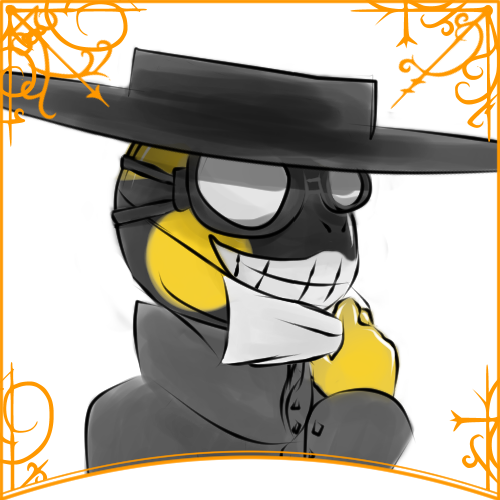 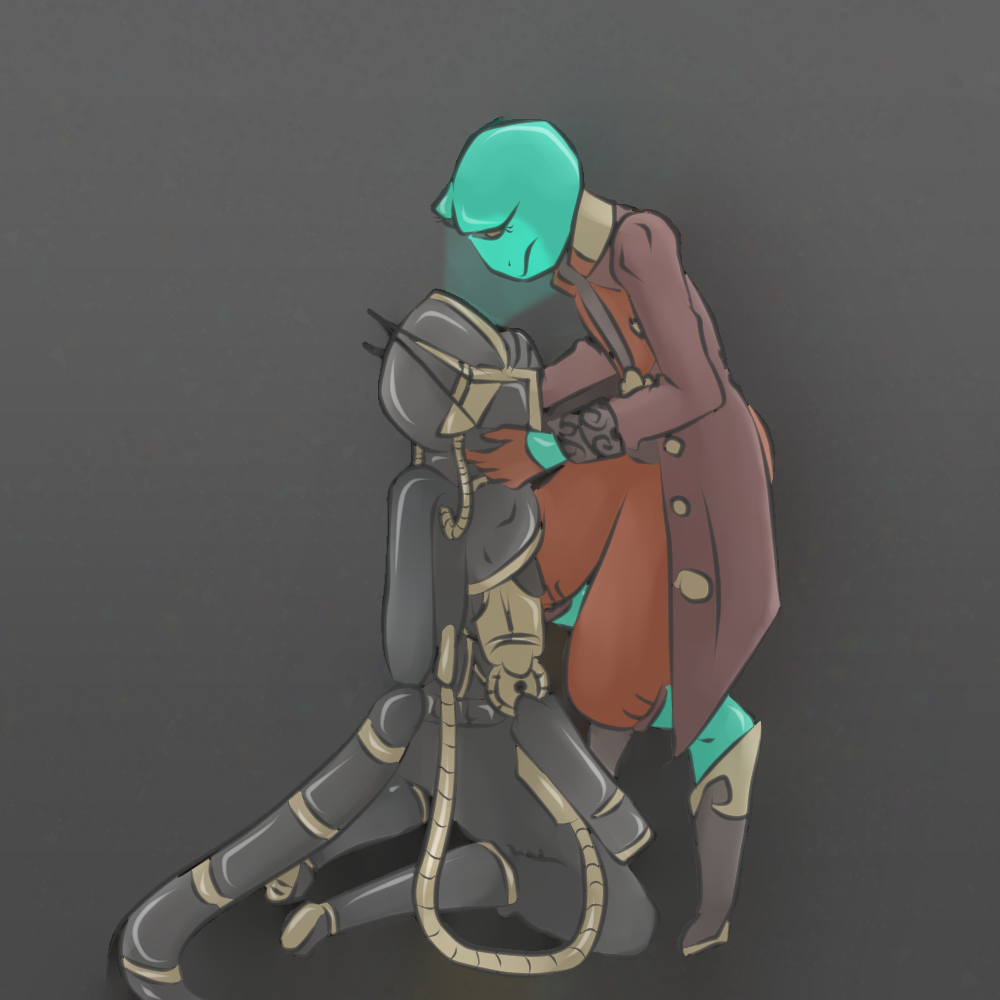 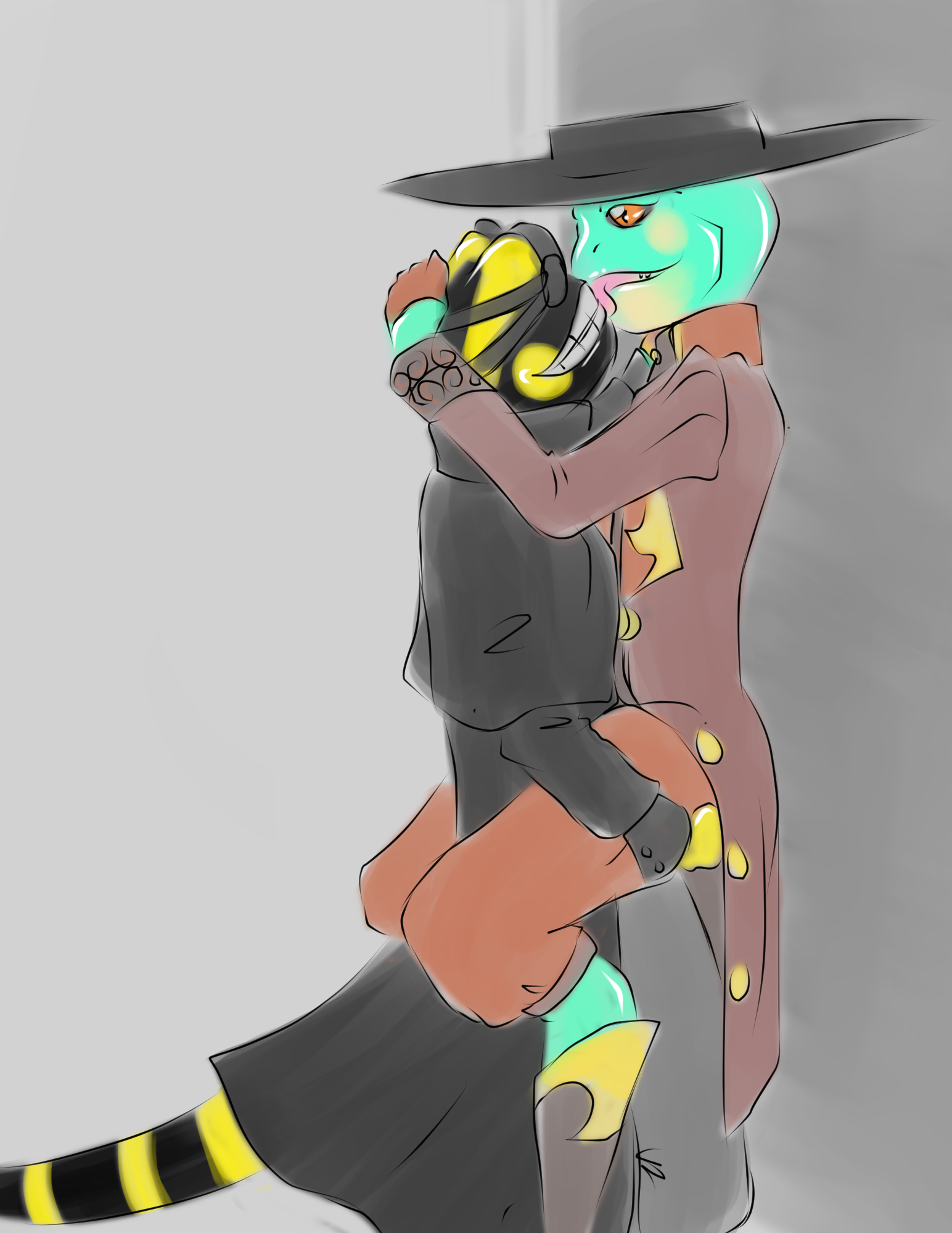 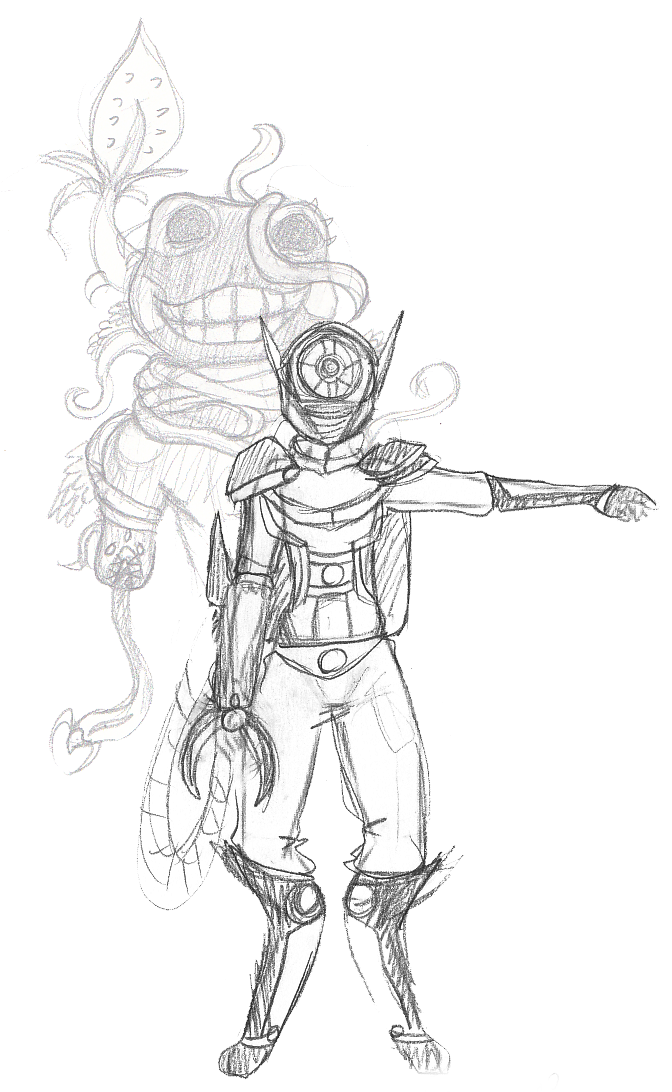 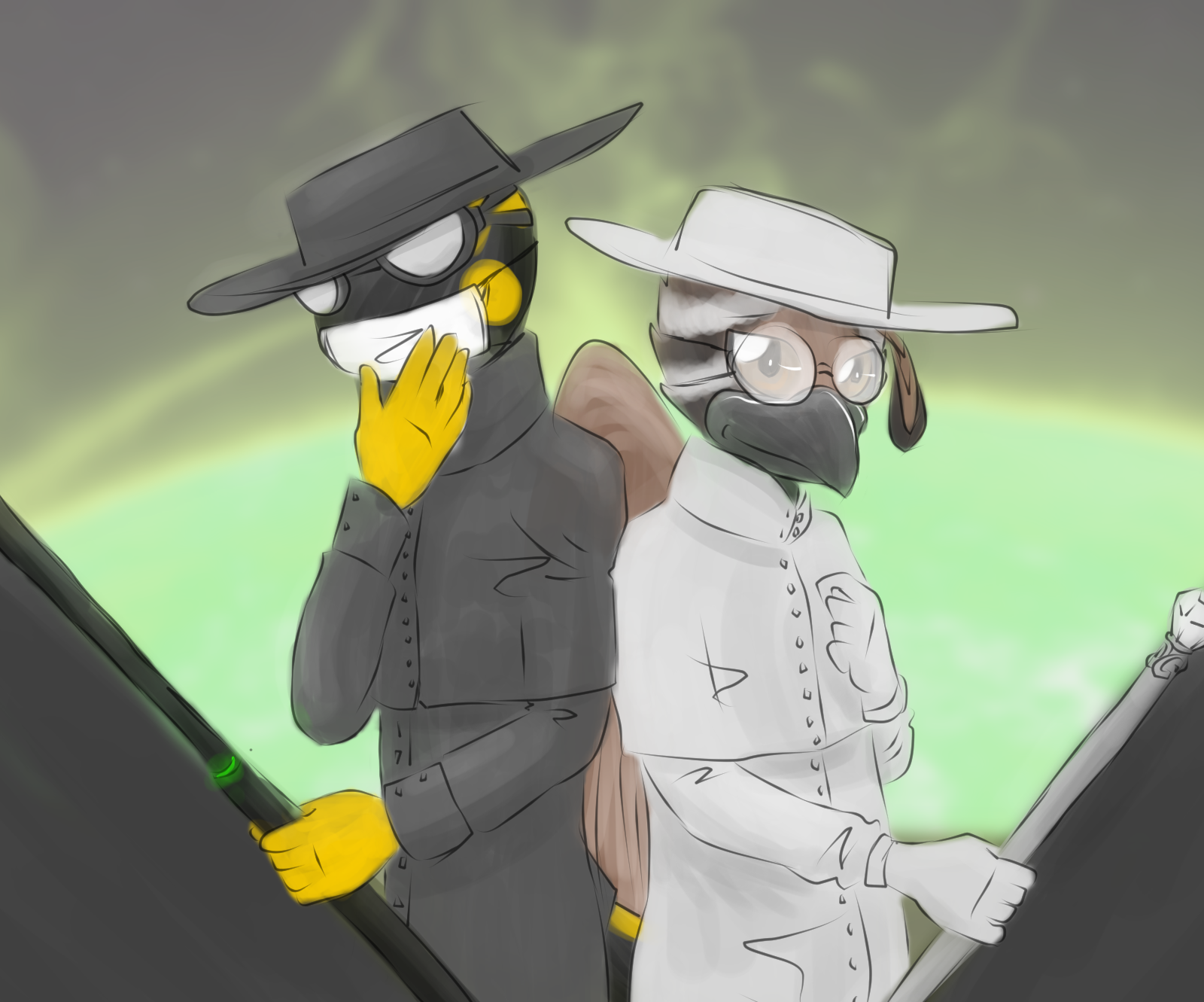 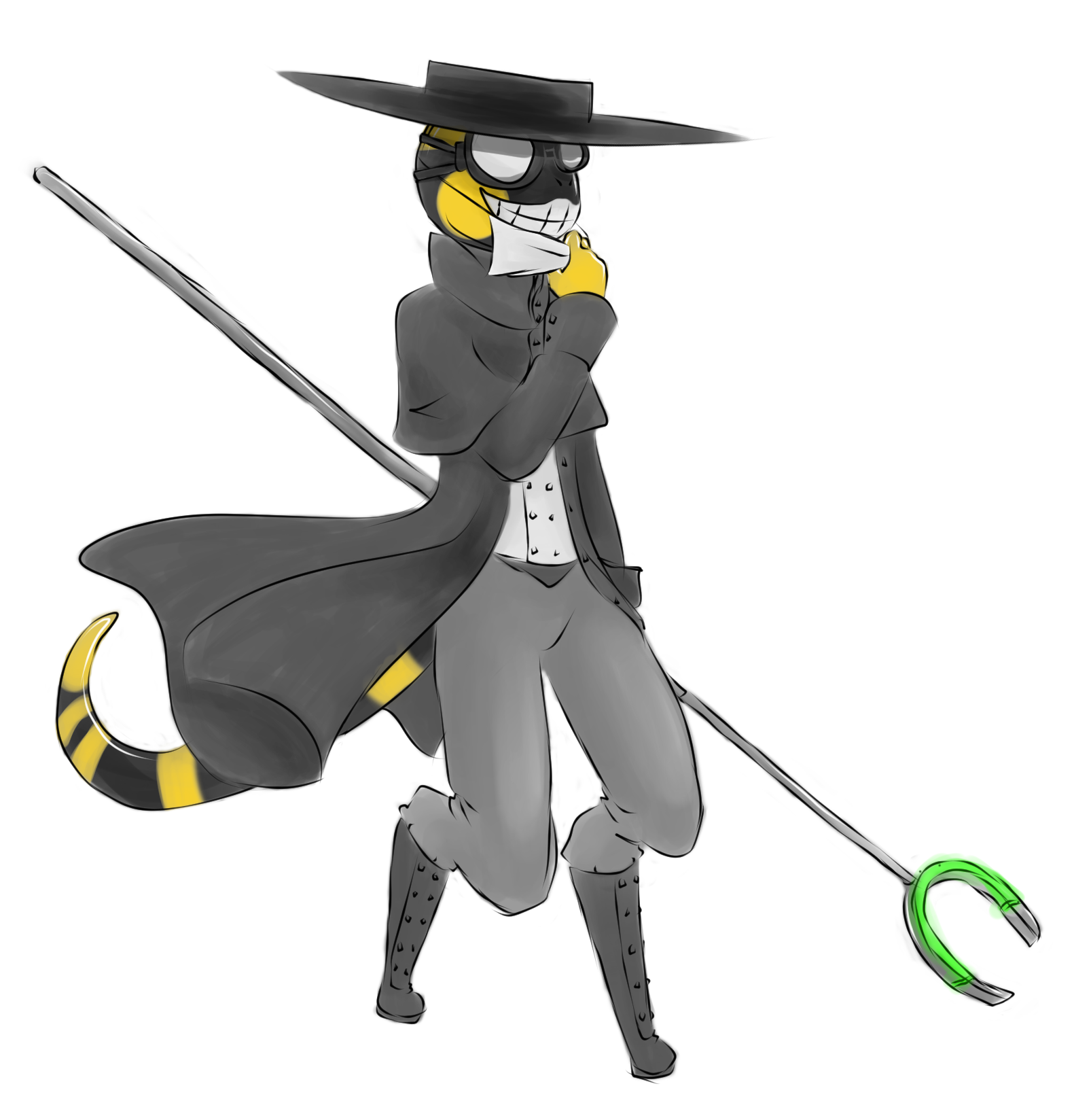 Show spoiler
Vear's theme.
Vear and Crizdal's relationship.
Seeds of doubt are spreading between Vear and Clarroy.
Something is happening to Vear...