The usual planar system of the universe is comprised of the Inner and Outer Spheres, and the Astral Plane that binds them together. Souls flow through one sphere to the other as part of the River of Souls, forever bound to the cycle of life and death that allegedly maintains the universe's continued existence. This much is known and understood. These facets of the fabric of reality are not incomprehensible.   The Dimension of Time is another story altogether.   Whilst most areas of the known universe can be reached through various forms of extraplanar travel - for example, spells such as Interplanetary Teleport - the Dimension of Time seems to be locked to any conventional means of getting there. Planar tuning forks, often used to create gateways into other planes, have never been found attuned to the Dimension of Time. Beings of the Outer Sphere seem to be incapable of accessing it, supposedly due to their immortality. These factors have made many scholars suspect that the Dimension of Time is purely a work of theoretical fiction rather than an extant plane.   However, multiple beings of varying power have confirmed the plane's existence. Scholars of Shyka, the fey Eldest of chronomancy, have described vivid journeys into this plane after being requested to travel there by the Many, though they are vague on the specifics of how they arrived. Similarly, the Book of Serpents, Ash, and Acorns: Shadows of What Was and Will Be found originally on the Plane of Fire is the only known written record of techniques to transport the reader to the Dimension and is thus the most compelling argument to the plane's existence (as many find it hard to trust the word of fey creatures).

Experiencing the Dimension of Time

Initially, travellers to the Dimension might liken it to the Astral Plane. They remain tethered to reality through a translucent cord that extends from their midsection as they would on the Astral Plane, but are not exposed to the elements as they would be there. They instead remain secure in a bubble of breathable air that travels through a maelstrom of chaotic images. These represent windows into the traveller's past, present and future, and can be entered by the traveller if - and only if - they recall that moment properly and can concentrate on it. It is extremely inadvisable for a traveller to use this method to change their past, as doing so may result in them being forever trapped in a time loop or being completely erased from reality.   Cultists of Yog-Sothoth believe their elder deity to be a physical manifestation of the Dimension of Time. Should his followers grow strong, they will steadily become afflicted with the need to travel to the Dimension to witness His greatness themselves. Very few have succeeded, and even they only managed it due to the bartered aid of Tawil at'Umr, a Great Old One that possesses the secret to travelling uninhibited to the Dimension. It is said that the cost of this information is incredibly high, even for those with the knowledge and power to seek it out.

Whilst the Dimension of Time is near boundless in size, its geography is not varied. At the plane's centre lies the mysterious city of Stethalos, usually only visible in the far distance. Surrounding it are vibrant green meadows and ominous forests, each bordered by an endless expanse of ocean that almost fills one's vision with its gleaming cerulean waters. Exploring far enough around the edges of the ocean can reveal that the Dimension is entirely flat - its edges fall dramatically off into bottomless cataracts shrouded in a haze of oceanic mist.

The Dimension of Time is host to many creatures that serve to protect the timelines from paradoxes and severe alteration, such as the Hounds of Tindalos, the time dimensionals, and the legendary time dragons. Very few of these creatures are ever willing to discuss the true nature of the alien plane. The few that are tend to be those who were expelled from the plane for violating time in some way, such as by researching into the creation of temporal fractures - these creatures often have their memories altered or wiped to protect the plane's secrets, and in some cases, can be regressed in time to the point where their transgressions would not yet have begun. If either of these things occur, the creature will also be banished from the dimension for all eternity.   The iriis, both in Fate and Fortune guise, will occasionally venture out of the plane to investigate mortal affairs peacefully and offer mind-boggling patronage, but most other dimensional natives only leave to involve themselves in attempts to break the timestream in some manner. This usually results in the death of whichever entity was attempting to break causality unless in extreme situations, at which point elder time dragons may intervene to debate the correct way forward (which may involve time travel). 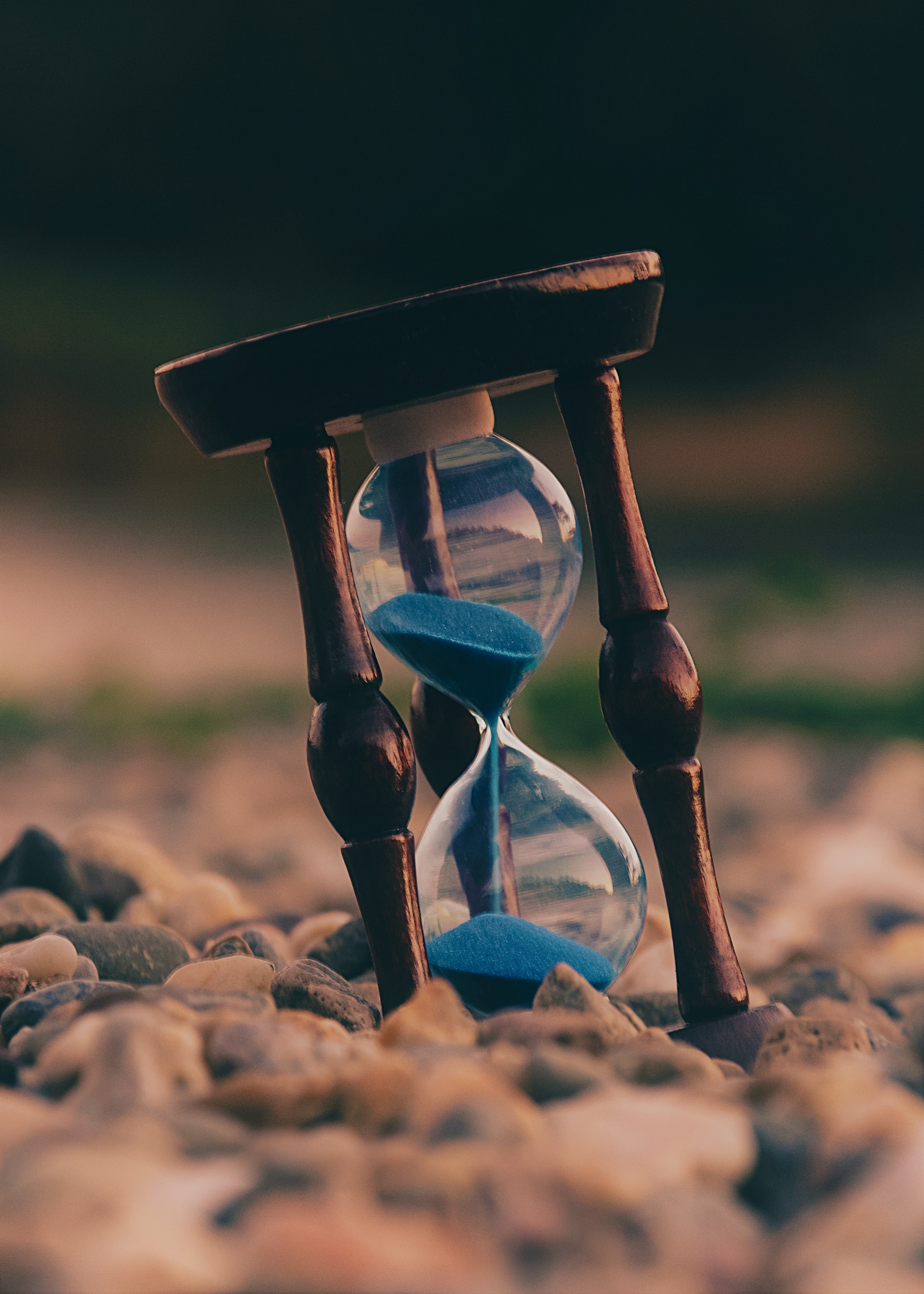 Eventually everything hits the bottom... by Aron Visuals

Those fleeing the Sands of Time may one day find themselves upon a distant shore...