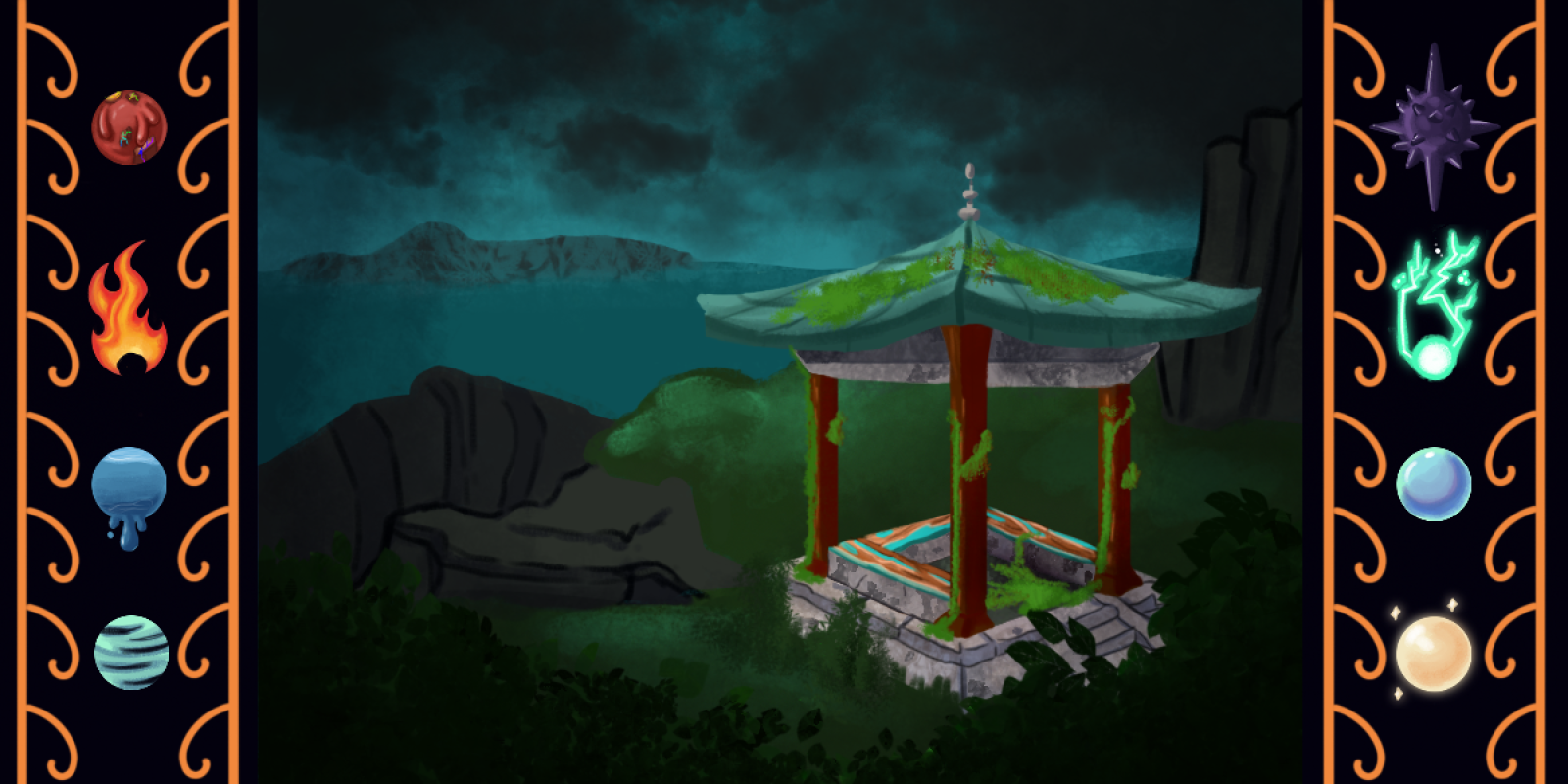 Terra's Peak Shrine is located in Mitzure, on one of the smaller islands where a mountain intersects with a Ley Line. This location was chosen for its energy, and as a result, the island saw a boom of activity due to its construction. Many came far and wide on pilgrimages to see the shrine and pray to Devterra.   However, that dawn of religious prosperity eventually came to an end, and soon fewer and fewer people seemed to show up on their doorstep.

While the shrine and attendants stayed solid and grounded in their purpose, society began to move around them. Society evolved, and as needs began to present themselves, many of the islands few inhabitants at the foot of the mountain began to move from their homes to find more economically stable locations.   What used to be a small, peaceful inhabited island, started to become a ghost town. Fewer inhabitants meant less pull toward the island, and as society moved on guests became more and more sparse.

Most of the staff abandoned the temple, praying for forgiveness as they moved to other temples in more populated areas. They often begged forgiveness from the Main Priestess of Terra's Peak, but she bared them no ill-will, wishing them well.

No one has been up to the shrine in ages, and there are rumors among the few inhabitants of the island that if one makes their way up to the peak, and waits until dusk, one may see the spirit of the Priestess, bound by her dedication. Some say she haunts the shrine, yet others say that her dedication was rewarded by Devterra herself, and that the Priestess has become a semi-divine being, an elemental spirit.

A Humble Shrine for a Greater Purpose

The Terra's Peak Shrine was created as a worshiping temple for the goddess Devterra. There are two main parts of the building: a smaller simple shine facing the sea, and a larger temple meant for hosting sermons and housing attendants that would keep the grounds clean and presentable.   While the main shrine doesn't appear to be much, back in its heyday it was always in pristine condition, surrounded by offerings and hanging baskets of flowers.
Location
Mitzure
Ruined Structure
Alternative Names
Devterra's Shrine
Type
Gazebo / Bandstand

"I don't blame you if you want to leave," said the Main Priestess, standing in the small shrine and facing the rising sun. "We haven't had guests in over four months. There is little keeping the villagers here...I wouldn't be surprised if soon we were the only ones left here." Sun framed her, catching the glass beads draped around her head and pulled into braids in her hair. She turned her head, brown eyes meeting the senior attendant's gaze. "But I will stay."


Remove these ads. Join the Worldbuilders Guild
Points of Interest