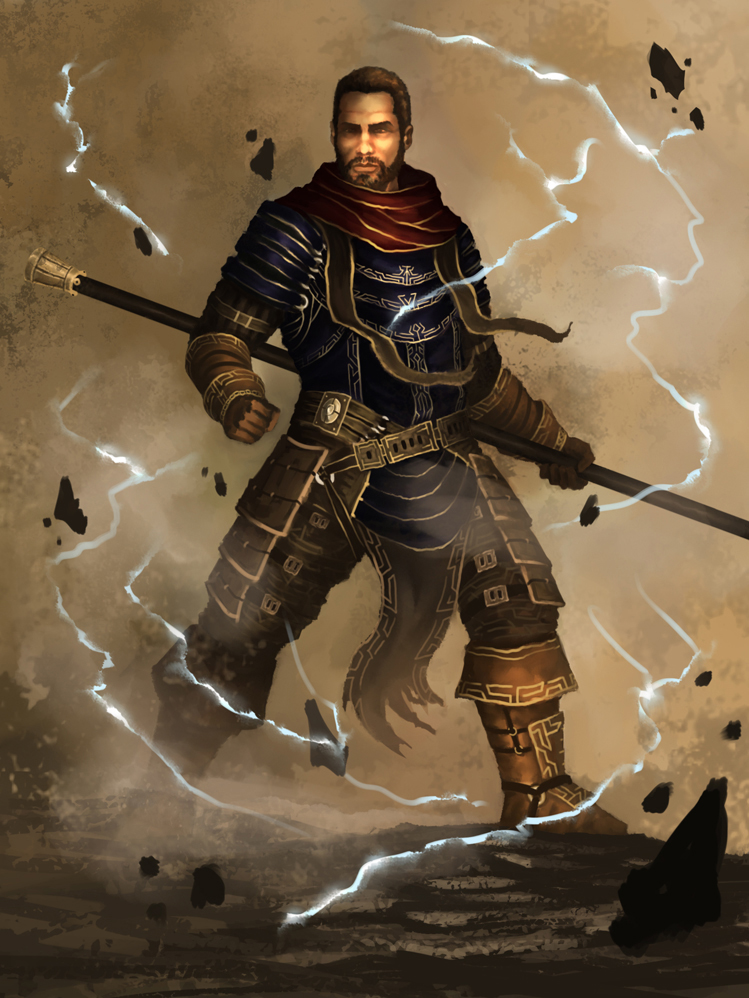 Benefit: As long as you are maintaining psionic focus, as an immediate action, you can minimize the da
Cushion the Blow [Mythic] You are able to block damage to multiple targets at once.
Expansive Understanding (Vitalist) (Ex) Add one new power known from any power list per mythic tier. If your tier goes up, add a new power. Expend one use of mythic power to change one of these powers.
Hard to Kill (Ex) Automatically stabilize when dying, and only die at neg Con x 2.
Health Sense Beginning at 2nd level, a vitalist may take a swift action to gauge the relative health level of collective members, determining the amount of damage, in hit points, that an ally has taken. In addition, the vitalist may make a Heal check as a standar
Naturally Focused (Su) You do not lose your psionic focus when you sleep, lose consciousness, or enter a meditative trance, and you are always treated as having your focus for effects that require maintaining psionic focus. In addition, you can expend one use of mythic pow
Overchannel Take 3d8 to gain +2 manifester level.
Overchannel [Mythic] Take 3d8 to gain +2 manifester level.
Psicrystal Affinity You have created a psicrystal
Psicrystal Containment Your psicrystal has advanced enough that it can hold a psionic focus that you store within it.
Psionic Meditation You can take a move action to become psionically focused.
Recuperation (Ex) Fully heal after 8 hrs rest, use 1 power and 1 hr to heal half and restore all non-mythic abilities.
Request Aid (Su) Starting at 5th level, members of a vitalist's collective are able to request aid from the vitalist, should he not realize such aid is needed. As a standard action, any member of the collective can request healing from the vitalist. The vitalist can
Soulthief Method A soulthief vitalist develops techniques that focus on harnessing the energy of enemies, siphoning it off and using it to heal himself and his allies.

Soulthief Power: A soulthief vitalist adds collapse to his list of powers know
Soulthief's Pulse As a free action, a soulthief of 6th level may project a pulse to all members of his collective by spending one power point, which empowers the attacks of the members of the collective for one round. Any successful damaging attack made with an attack
Soulthief's Touch A soulthief vitalist of 2nd level who utilizes transfer wounds can choose to instead deal the amount of damage that transfer wounds would normally heal plus the soulthief's class level to the target, healing himself a number of hit points equal to th
Spirit of Many (Su) A vitalist of 2nd level gains special abilities when manifesting powers with the Network descriptor. He can manifest these powers on any member of his collective, even if they are out of the power's range or would normally be immune to the power. Whe
Steal Health (Su) At 3rd level, a vitalist has learned to siphon the health of a creature and use it for his own needs or the needs of his collective. As a touch attack, the vitalist may deal a number of hit points in damage to the target equal to his vitalist level +
Surge (1d8) (Su) Use 1 power to increase any d20 roll by the listed amount.
Surging Psionics As a standard action, you can expend one use of mythic power to manifest any one psionic power without spending any power points. The power must be on your class power list and one of your powers known. When manifesting a power in this way, you treat
Swap Power Known (Ex) As a full round action, you can spend one use of mythic power to replace one of your powers known with another power known. The new power must be on your class list and must be of a power level equal to or lower than the power being replaced.
Swift Aid (DC 24) A soulthief of 8th level may, as an immediate action and by expending his psionic focus, transfer the wounds of a member of his collective to an enemy within 15 ft. of the ally for an amount of damage equal to the soulthief's transfer wounds ability.
Telepathy (Su) When a vitalist reaches 3rd level, all willing members of his collective (including the vitalist himself) can communicate with each other telepathically, even if they do not share a common language. Psionic creatures who are willing members in a vita
Transfer Wounds (3d6, 13/day) (Su) All vitalists learn how to transfer wounds with but a touch. As a standard action that does not provoke attacks of opportunity, a vitalist may touch a target and heal it for 1d6 points of damage.

The vitalist suffers the same number of points.