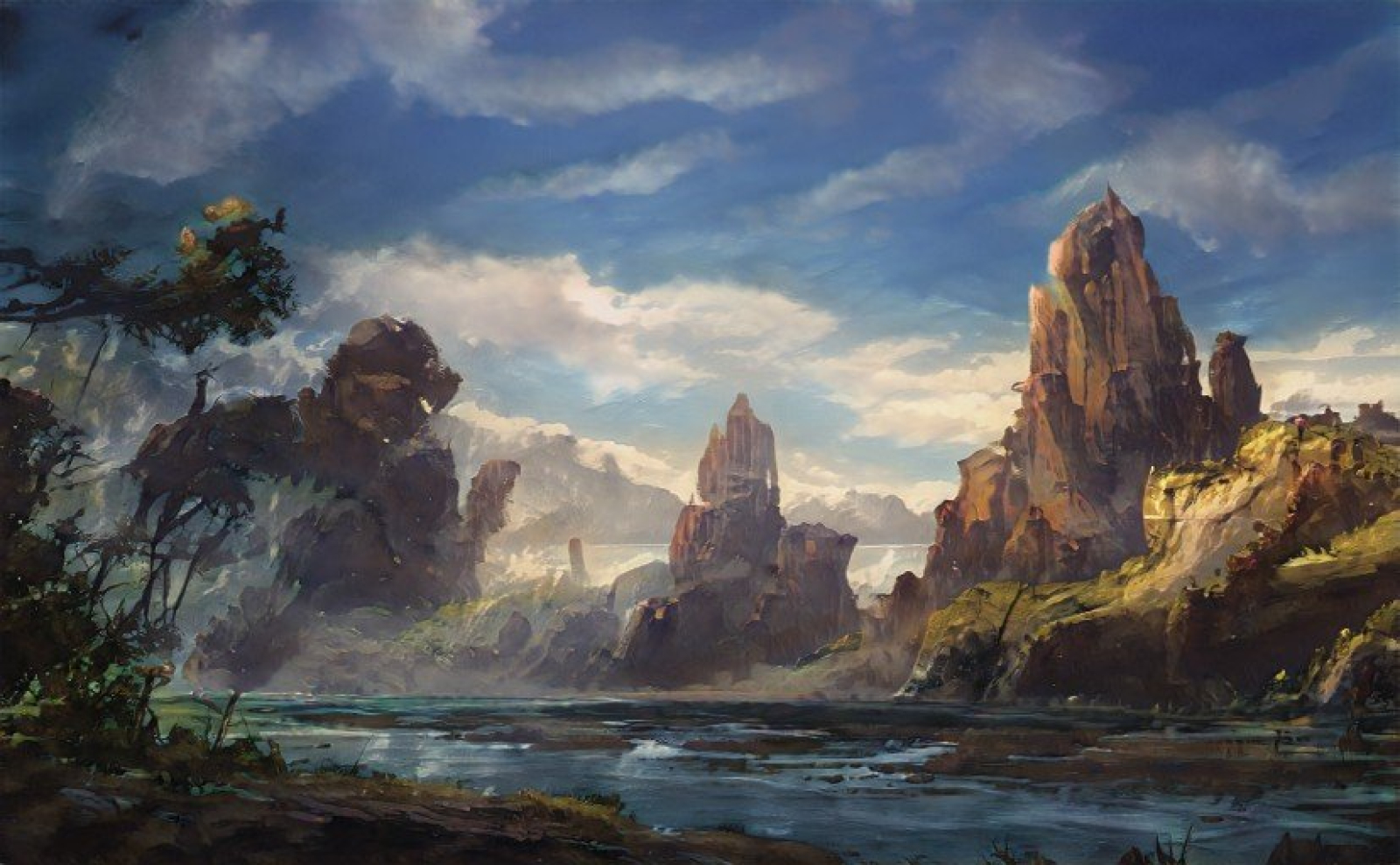 Telshia is the largest, most unpleasant city on Imnnacon. It is a dirty, cramped amalgamation of the best and worst that the world has to offer. Walking through the streets, you can smell its chaos and corruption in the air and see its brutality in its inhabitants. It has existed as Telshia for over a thousand years. And in all that time, it has never slept.

I love this city! I love its stench, its crowded streets, its hustle and bustle. Always something going on to keep me interested. It never sleeps, and neither do I. My kinda place.
— Balve Nie


In complete disregard of reality, sapiens glorify the city as a place of opportunity and wealth. It is considered the most advanced city on Imnnacon with sewers, irrigation, community gardens and greenspaces, temples, bathhouses, a university, and a large market area. However, inequity is rife, and very few experience its benefits.   Wealth does exist. The elite who have it hold onto it with a death grip that rivals the toughest Orx. Everyone else scrambles for what's left like starving pigs in a pigsty after last night's dinner.
Royal Proclamation
on this day
Onfa, the 5th of Jelvikii 1134 ME
Doki Wexel has decreed that the borders of Telshia shall remain open. Immigrants must register with the Immigration Office to begin the introduction process. Squatters will not be tolerated.

What? Half this city ain't nothing but squatters. And we was born here!
— Telshian reading proclamation

The Birth of a City

Telshia was not born of hard labor and hope by sapiens looking to carve a life for themselves. Nor was it was forged on the battlefield in blood and sinew. It can't even claim being the discovery of a great wonder to behold. Nothing so bold describes her birth.   The truth of it, Telshia was just a place a group of wandering, lazy Ogres and Halflings decided to settle, because it had enough resources to support them with minimal effort. It wasn't called Telshia then. For the first 223 years of its life, it was called Aagrok - and was a better place for it.   To even the Ogres's and Haflings's astonishment, Aagrok thrived and grew. Situated in the center of Fulira, it became a trade outpost, then a village, then a small town. Then it attracted notice.   A group of mercenaries heard about the city. Their leader was Waite Ketchum. He decided that the small town needed him to rule it. So, he marched into the town and decapitated the current leader, Gorn. To be honest, the rest of Aagrok didn't seem to care. They simply accepted the new ruler without question. Solidarity has never been Telshia's strongest asset.   At the time, Waite Ketchum was in love with a gnome, Telshia Manglyeong. He installed her as Queen but ruled as her Chancellor. However, she wasn't too keen on being a figurehead. Within the year, she murdered her lover, established herself as the supreme ruler, renamed the city in her name, established a new era in her honor, and made sure by Royal Proclamation that the city would always be a matriarchical monarchy.

"So I guess you heard, huh? Seems we have a new "ruler". She's got awful big aspirations for such a small town."   "Yeah, I miss Gorn. He left us alone as long as we paid him."   "Agreed. By the way, do you know what an 'era' is anyway?"
— Aagrok townsfolk

The city is located on the continent of Fulira in the caldera of a volcano. The tall vertical cliffs that rim the caldera naturally limit the city's horizontal growth. As a result, the city has grown vertically. It's center exists in several layers. The closer you get to the center, the more layers are apparent.   Directly within its center is the castle. It is on an island surrounded by a lake. Access to the castle is provided by two bridges. One connecting the Business district, and the other connecting the Temple district.   Teshia is broken into districts, or chyaachi reki. Each reki is run by a nyiroyii and has their own District Guard, or Reki Deja. The only exception is Trajet Toa. Not an actual reki, it is the poorest part of the city. No nyiroyii will claim it, so it does not receive any help from the @Doki.

The Ruling of a City

The government is a matriarchical monarchy. The ruler is called the Doki. The current Doki, Shora Wexel, can trace her lineage back to Doki Sha'ut. The line before traces itself all the way back to Doki Manglyeong.   The Doki has a council of advisors called Nyii Vitaayiiba, or The Advisors. An advisor is called a Vitaayii. There are five seats on the council. All are appointed by the Doki and serve at her pleasure. A sixth seat is elected by the citizens to represent their interests.

"Who do you think is going to be the sixth seat this year?"   "I do not know. I heard however, that Laga was throwing his name in."   "That whore? Who does he think he is?"   "He thinks he is rich, that's who."   "Doesn't mean he is qualified to make decisions for this city."   "You think so, eh? Just don't tell him that - especially when you are in his bedroom."   "I...hrmpfh"
— Godsworn priests over coffee

Largest breeder and seller of pork in Telshia

The Agriculture District of Telshia

An illegal brutal event in Telshia