It is downright eerie that we know nothing of a species that influenced our history to such a degree. The only thing we have is a name.
— Anara Derosa, Director for Confederate Xenobiology

Even after centuries of exploration and research, the Andromeda Galaxy still holds many a mystery. From Anomalies that defy explanation to technologies that appear to be magic, there is no shortage of quandaries for the curious to tackle. One of the more unnerving ones is the existence of the Infernals, a species that left a burning mark on the Galaxy, only to vanish.

The species later known as Infernals made itself known in th late 24th century AD. Throughout the Pleijaden Arm, minor civilizations were attacked and destroyed. Their fate would only be discovered centuries later, when Humans returned to the region. Evidence shows that the earliest attack occurred near the edge of the galactic plane in 2399 AD. From there the Infernals would go on to destroy over a dozen species, carving a path straight toward Human space. Said species had barely moved out of its home system, records showing Human presence on about two dozen worlds at the time. In late 2407 the hammer fell. The conflict lasted less than a year and saw Eden burning. Humanity was dispersed across the stars, kickstarting a new age of galactic conflict.

Having crushed Humanity, the Infernals continued on their path. There is evidence for at least another seven attacks that move in a wide bow through the northern Pleijaden and southern Netinian Arm. It stopped short of Xsi-Shin space, the avians having no recordings of contact with another species around that time. The last attack, dated to 2413, happened in the Czinzis System near the edge of the galactic plane. Following this assault, the Infernals vanished. There has been no sighting or mention of them since. Any information on them outside their victims is mere speculation. If Humans had any records of their assailants they were surely lost in the collapse.
Possible Origins

The eastern Outer Rim is among the best explored parts of the galaxy and yet there is no trace of the Infernals. Based on the locations of their first and last attacks, a popular theory suggests that they hailed from the Great Void. However, there is no known way for any form of life to exist out there. Others suggest that the Infernals were an early form of the Arabate Consciousness. While possible, this theory clashes with the fact that the Arabate strive to consume and assimilate other life, unlike the Infernals which merely seemed intent on annihilation.
Insectoid Menace?

A perfect candidate for the position of perpetrator seems to find itself in the Krigan Empire. The insectoid race was known to destroy any civilization it viewed as a threat and was already active long before the Infernals appeared. Counter to this is the fact that the Krigan never reached the eastern Outer Rim. Even at their height in the 21st century, their borders and ships stopped long before reaching any of the systems targeted by the invaders. One theory suggests that it was a group of rouge Krigan, but the Empire fiercely denies that possibility.


We admit to our actions, no matter how abhorrent other species may find them. If the Krigan were behind these...Infernals as you call them then we would state it with pride.
— Kain, Krigan Primarch

by Jaime Jasso
A Final Warning   One less known part of history is that Humanity did indeed receive warning of the coming invasion. A few weeks before the assault, a small probe crashed in an outlying system of Human controlled space. The probe contained a single piece of date, a video that showed a strange alien creature shouting.   Only in 2712 AD, with the aid of the Kasken-Translation Algorithm, did scientists discover that it had been a warning. The last echo of the Alked Imperium spoken by its leader Malek Bor. Ruins uncovered in the region show that the Alked were the last civilization to come under attack by the Infernals before said beings reached Humanity.

There is a shadow among the stars. It moves from region to region and devours anything it can. Our weapons were useless, our race is doomed. Heed this warning! Flee! Save your people! For the shadow is coming for you all!
— Malek Bor, Alked Emperor 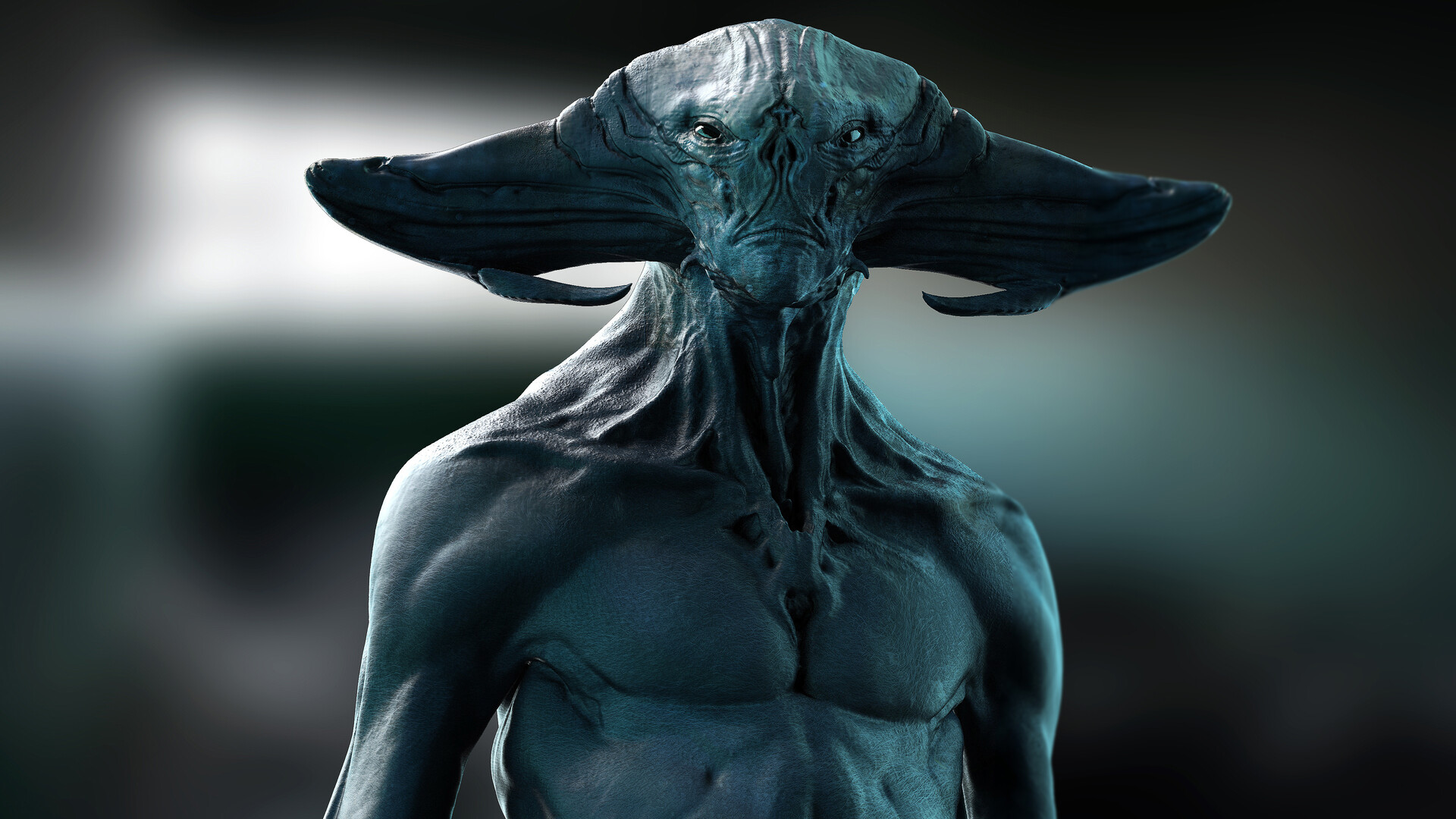