To survive the expedition just to be slaughtered back home... the enemies of Taisas shall pay for this crime. Kotis Ulum was a hero and deserved better!
— Kaupos Belaris, Mengāusas of Upēsis

Kt. Freidiks Ulum was a soldier in the Taisari Army who had survived a trip through the unforgiving frozen environment on the search for a hostile tribe. He had gone with a small team, but only he returned to tell the tale. Upon his return, the people of Upēsis had hailed him as a national hero, but all he wanted was to return home to his family in the capital of the Republic of Taisas, Gale. He was however denied his wishes for just a week after his heroic return, he was found dead next to the Hesi watchtower near the river.

At the crack of dawn, when the colony's nighttime guards were switching places with the well-rested soldiers, one of them had passed what she at first assumed had been a pile of discarded clothes. As she investigated, Ng. Anna Cēlmensis quickly realized that it was the body of Freidiks Ulum. He had been assigned to guard duty after his return, to watch over the river from the safety of the Hesi watchtower, but something had gone wrong. After the other nearby guards were alerted, Ulum's body was recovered from the snow and hauled to the barracks in the settlement's ruined library. Before the release of the official statement, the body was sent to Gale for an autopsy.


Kt. Freidiks Ulum was murdered last night while watching over us at Watchtower - Hesi. The body of the victim has been sent off to Gale for an autopsy and cremation. A full criminal investigation has been launched into their murder.   Rest assured, those responsible shall be brought to justice. If you know anything about the incident, then please contact your local authorities.
Colonial Congress
Prisās 4, Upēsis, Republic of Taisas

The Autopsy had revealed that Ulum had been recovered swiftly after his death. Prolonged exposure to the cold snow would have otherwise damaged his face. Those responsible might have still been around or in the process of escaping as the body was found.   There was a deep gash on the back of his inner left thigh that had slashed through his thick clothes. An irregularly shaped implement had penetrated through his uniform and combat vest, leaving a rough 4 cm hole just below the left shoulderblade 2 cm from the spine.   A blunt force impact had cracked open the left side of Freidiks Ulum's skull. His right arm was fractured below the shoulder.


There's no way that some tribesmen or one of our own could or would murder a man like Ulums. He must have seen too much. Uncovered something that the government doesn't want us to know about. A hero of the republic had to be silenced for what I presume the state considers the greater good.
— Kārlis Velks, Upēsis fisherman

There are multiple theories that try to explain what had happened and who had murdered Freidiks Ulum. Two of these theories are the most detailed and try to explain important details such as what caused all the wounds, who did it, and what their motivation was. Other theories exist, but they are either unknown to the general public or far too extreme to be accepted by anyone other than a small fringe minority.   Many of the minor theories place the blame on some of the colonists, the quiet people who people know little about, but some also blame the influential fisheries. One of the least known-about theories is by the person who found Ulum's body, Anna Cēlmensis. She and a few of the other soldiers in the barracks believed that the unknown creature that he had encountered during the Expedition had killed him. Supporters of the theory aren't allowed to share the theory with the public as they would be revealing classified information. Cēlmensis herself committed suicide soon after the autopsy results had been revealed to everyone. Supporters of the cover-up theory have claimed that her suicide was proof of her guilt while others say that she had been mentally vulnerable and the accusations and hate had driven her to take her own life.


The government theorizes that the murderers were from the Sei Tribe. According to their theory, the tribesmen retaliated after Freidiks Ulum tried to scout out their main settlement. The wounds that the victim had suffered from suggest that he had been attacked with primitive melee weapons.   There were likely at least two attackers who had snuck into Upēsis under the cover of darkness. One had carried a sharp weapon for stabbing and the other, a blunt weapon that they used to crack Ulum's skull with.   Freidiks Ulum had been pushed off the watchtower. The fall into the tense snow had been enough to fracture his arm. The attackers hid as they heard the approaching guards, and while the locals were busy recovering the body from the snow, the tribesmen fled back home. The guards had reported seeing fresh footprints in the snow.


Many of those sceptical of the government's theory claim that the military assassinated Freidiks Ulum in order to keep whatever he had discovered out on the Expedition a secret. The theory gained a large amount of additional support and popularity after the autopsy reports had reached Upēsis.   Because the body had been recovered so quickly after Ulum had died, there are many who think that Anna Cēlmensis, the woman who found him in the snow, was one of those guilty.   The local garrison has been attempting to suppress the theory, arresting those who initially had come up with it and calling for additional reinforcements from the military. Protests calling for the release of the theorists have been put down forcefully, making the colonists more fervent in their belief of the theory.
Date of Setting
23 AA
Related Locations

When the Mengāusas of Upēsis, Kaupos Belaris, announced that the lone survivor of the Sei Expedition had been murdered, the colonists were in disbelief. The cosy settlement of under a thousand people had seemed like a safe place for everyone, especially as direct attacks on the colony had become rare, but that comforting reality had turned out to be a lie.   Soon after the announcement, groups of colonists started organizing, calling for more protection. Dozens of signs calling for the creation of a military base in the region were seen during the demonstrations. A few smaller groups called for the opposite. They believed that the government had killed Freidiks Ulum in order to cover up something he had discovered during the Expedition. 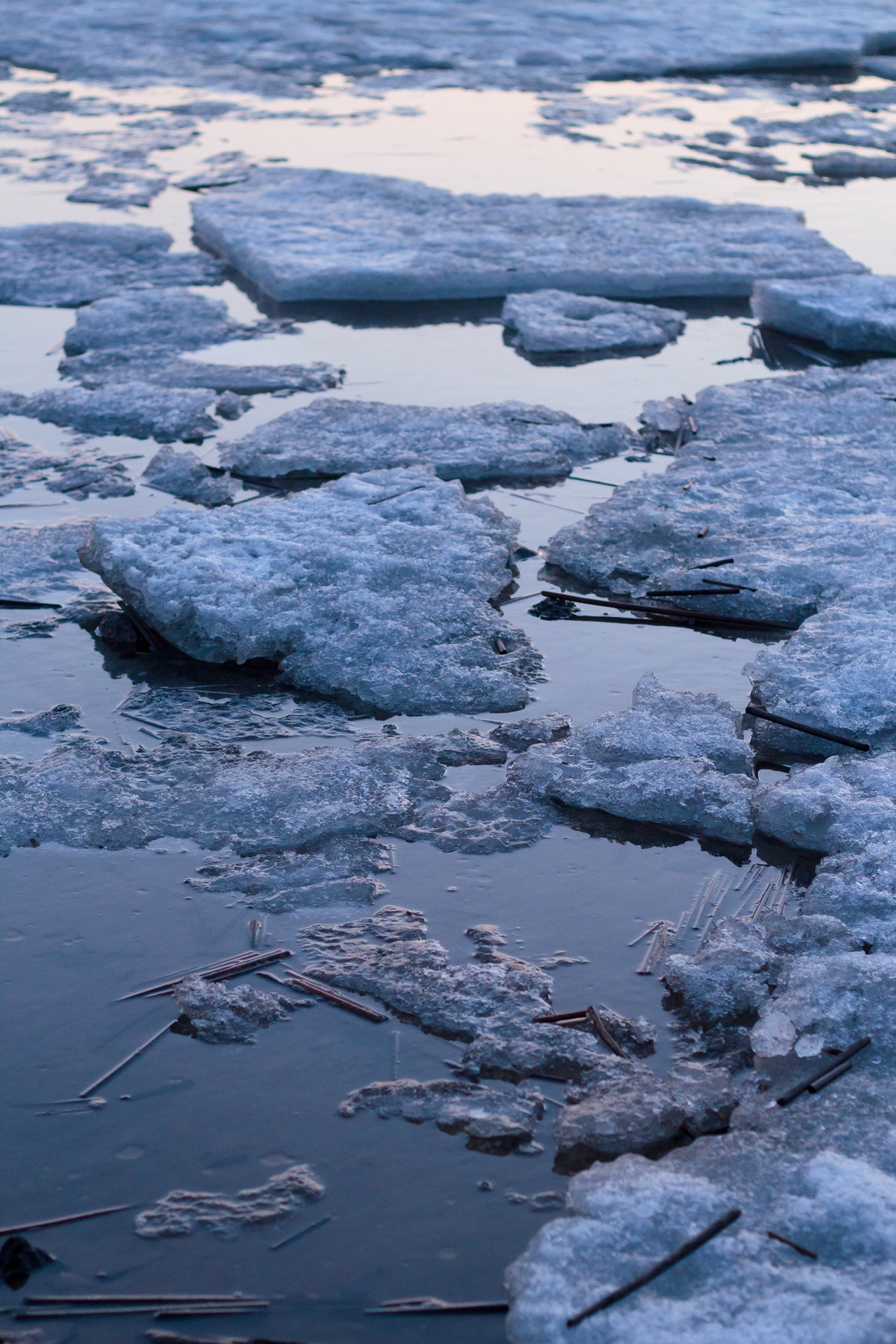 The reports that were written by the Taisari explorers who were tasked with finding the home of the Sei tribe.

Upésis is a fishing colony that provides the Republic of Taisas with food and defends itself from raids.

The Republic of Taisas is a space-fairing country built upon the ruins of an ancient frozen city.

Who did the deed? Leave your conspiracies down in the comments. I hopefully left enough clues for someone to figure it out. For more information about the victim, check out Expedition Report - Sei.

An interesting mystery, to me it seems fairly clear that is was indeed the government covering their tracks from one who could reveal them.


...but that comfoting reality had turned out to be a lie.

I caught a typo you may want to nab!
The only question I have to ask is, why was Ulum considered a hero? Even reading the expedition article this isn't clear to me. Sure, one could become the talk of the town after such an incident— but hero? Had misinformation spread? Did someone overstate the success of the expedition?
Check out my worlds: Qet | APRA: Anomalous Parks & Recreation Areas | Heliox Stardust | Umqwam | My website

Thanks for catching that error. I'm going to add extra stuff to the Expedition article soon that will explain why he was considered a hero. Since a lot of the report had to be kept a secret, the military made up their own story that made his journey sound a lot more epic.

Thanks for the context! That would make sense as to why he was considered such.

I too believe that the government might be the guilty party. The monster seems unlikely since he was high up in a guard tower. And the Sei seemed to be keeping themselves safe from the creature with high walls. So I assume it can't climb walls. Also after returning as the only survivor he is not allowed to go home but is put on guard duty. That seems awkward. So yeah, my theory is that the government wanted him dead.