Member of the Pathfinder Society.

Psychic (Rebirth): “Your mind is forged from the most powerful memories of a multitude of lifetimes. You have fragmentary knowledge of your prior lives and can leverage the experience gained during these lifetimes into raw psychic power.” On top of that, he still has memories of being under the control of the Helm of Suffering, which took his eyes but helped amplify the powers he shared with Khaylin. He still has nightmares of how he mangled and killed so many people, including the fifty of so crewmen below the deck of the drow ship that he crushed like grapes. 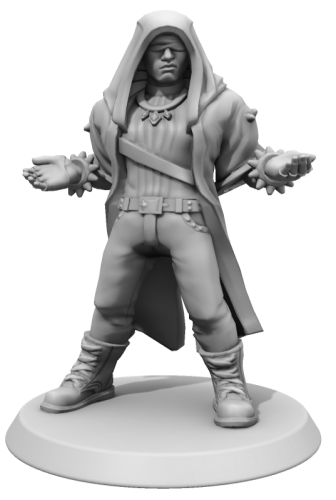