Fritz Himmelswander was born a twin, emerging from his mother Olgana seconds after his sister Corinna Himmelswander. Or at least, that was the plan. In truth, he only knows what his nannies told him growing up: his parents, Olgana and Samuel, perished in a terrible accident that occurred in that birthing room. Neither of his nannies, Mun or Lupa (nor their grandfather Tschüs) would tell the twins any more than that.   All in all, Fritz enjoyed his youth. He loved wandering around the manse with his sister and poking into all the places they shouldn't be. Getting caught only excited young Fritz more, especially since he and his sister had an uncanny knack for getting away and avoiding consequences. Sure, grandpa might yell every once in awhile, but Corinna was always there to calm him down and set things right. All Fritz had to do was go in other room and play with his collection and everything would work out.   Fritz collected what could only really be described as detritus. Rocks, sticks, leaves, dead bugs, a bone or two. Each was carefully selected for its inclusion in the collection and each held a special place in Fritz's heart. He remembered every instance of finding the object, the sudden and immediate need to pick it up, treasure it, and feel its constant humming resonance that brought comfort to the young Fritz.   One night, his sister woke him and pulled him from bed. Fritz was never one to question his sister and immediately acquiesced to her hushed demands. When he realized they were leaving the manse, he began to giggle with excitement and had to hold his hand over his mouth the entire way out.   The nighttime streets of Gatt were a rare sight for Fritz and he marveled at the lights and sounds of the ever-present buzz of commerce in Gatt, no matter the hour. Corinna was much more focused on moving and she yanked him by his arm all the way down to the docks.   There, she made him wait behind a barrel for what could have been 2 minutes or 2 hours; Fritz didn't worry about it and busied himself with counting the number of ridges around the edge of this strange coin he found a week or so ago. Eventually, Corinna came back and they snuck aboard a ship that eventually came to the Free Cities of Marlock.   Fritz and his sister wandered from town to town for 3 years. Eventually, Fritz came to realize that they weren't going home and likely never would again. Fritz took this news as he did most: with a shrug and a grin. He knew that whatever happened, as long as he had Corinna, he would be happy.   Eventually, Corinna found steady work in New Carydam  and secured lodgings and steady meals for her and Fritz in Tronksburg. One day, while she was out, Fritz took out his huge collection of detritus and began pawing through it, admiring his pieces. The resonance bleeding off them sounded like a symphony and felt like a blanket. Amid his revelry, one voice began to pull itself from the resonance and sing a lone melody. The mournful tone intrigued Fritz and he blindly reached out to grab the singing piece. 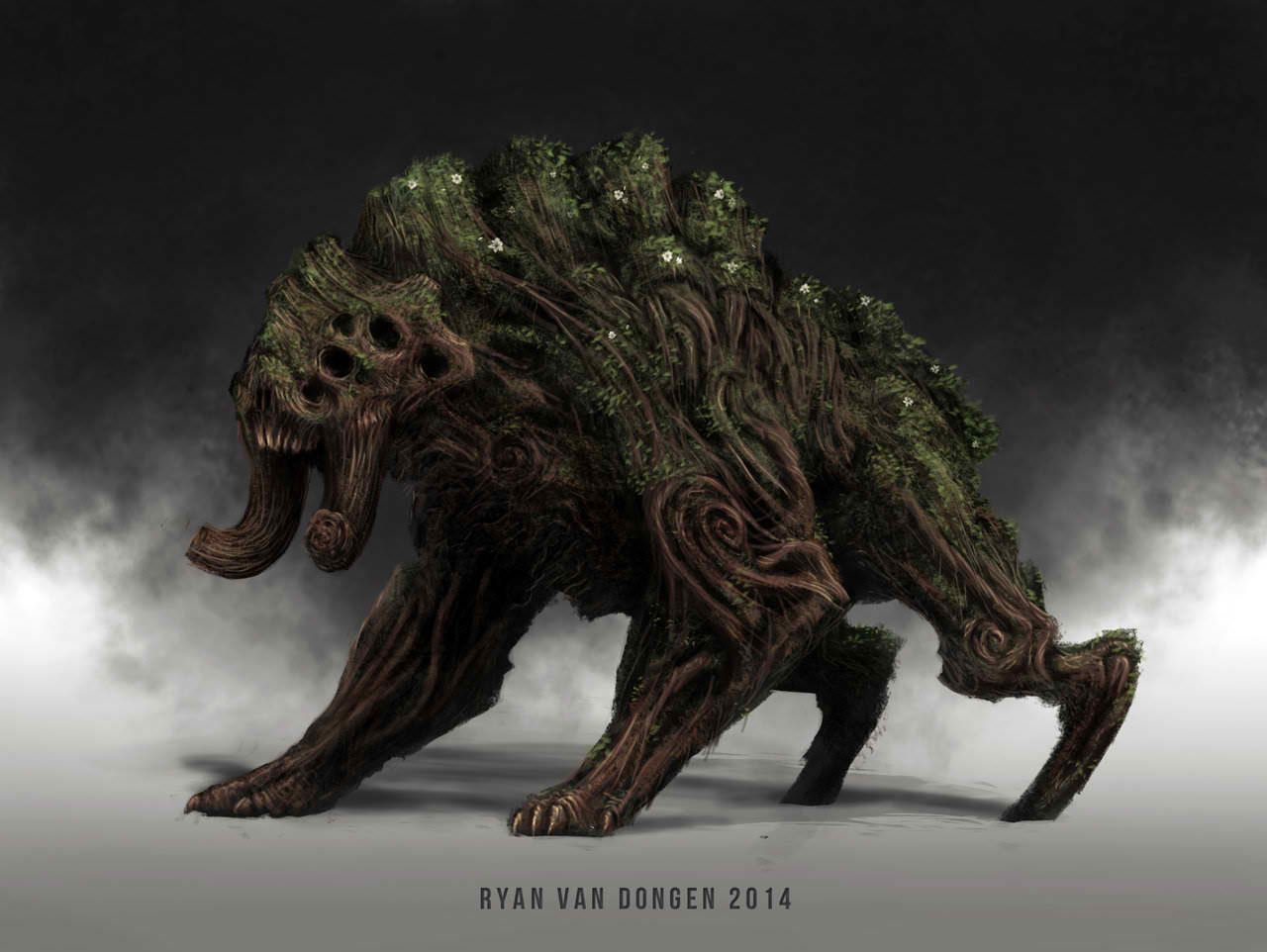 He looked down in his palm at a small bit of brown bone he had found in Halfpeach, stuck in the bottom of a rainpipe clogged with moss and slime. Its resonance was similar to when he first found it, a melancholy throb, but now pulsed with more urgency, more need. Fritz realized that something was asking for help.   The room and Fritz's collection disappeared. He was in the middle of a dark forest under a pale yellow moon. Rusting came from every direction around him as creatures moved through the brush. Fritz felt he was in danger. He meekly squeaked out his sister's name and closed his eyes, as a violent bark signaled the attack.   The sound of fighting beasts raged around him. Squeals of pain accompanied the thump of blows and the cracking of bones. A bestial roar filled Fritz's ears with the familiar resonance of the bone. This thing had called him.   When silence finally returned, Fritz opened his eyes to see a huge bone and moss covered beast hunched over on all fours. Huge empty eyeholes dotted either side of its fanged and horned head as it breathed heavily in the aftermath of its battle. The ripped apart corpses of slain hyena creatures lay scattered about. This thing had saved him.   Fritz stood and looked the terrifying creature right in its empty dead eyes and said, "Hi! I'm Fritz. Who are you?" 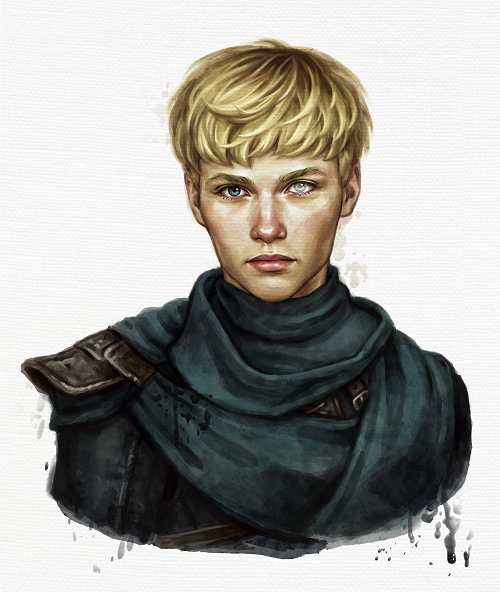