Cornnia Himmselwander was born just a few seconds before her twin brother, Fritz Himmelswander, and from that moment on, she has been protecting him. You see, tragedy struck early for the Himmeslwander twins; some horrible accident during their birth caused the deaths of both their parents, the good Olgana and Samuel.   Since then, the twins were in the care of the two midwives present for their births, Mun and Lupa. The two did their best to corral the rambunctious youths, but they had a knack for slipping away undetected. In fact, the two ended up in completely inexplicable places: inside a locked-from-the-outside root cellar during hide-and-seek; on the roof when avoiding bath time; and even once getting lost in Gatt for an entire tenday after they had been firmly strapped into and locked in a carriage.   These instances of escape were only exacerbated by their grandfather's dedication to Gattish traditions. Revealing personal details about one's family was frowned upon in Gattish commerce, and Tschüs Himmelswander was not one to break with tradition. In reality, Gatt's richest merchants and nobles were incredibly paranoid of their competition (or partners) learning anything that may be used as leverage against them. The incident with Tschüs's third daughter Olgana and her husband Samuel, as well as their two orphaned children, was completely covered up until no one ever mentioned them again.   Corinna and Fritz were treated poorly by their grandfather and rarely permitted to ever leave the manse. When he was around, which was rarely, he never showed them anything but base resentment. This mistreatment largely informed Corinna's attitude toward the world and her devotion to Fritz. Corinna shielded her brother from the worst of Tschüs's wrath and fought back far too many times for her own good. She formed an aggressively protective attitude over Fritz, which eventually inspired her to run away from Tschüs and Gattland altogether.   It was not difficult, what with the twins' supernatural knack for getting wherever they needed to be. One foggy evening when they were 15, Corinna led her brother down through the bustling midnight of Gatt and to the waiting docks. There, they snuck aboard a The Long March, a vessel bound for the Free Cities of Marlock. Once there, Corinna led her brother to where safety could be found. For the next 3 years, they wandered between the Free Cities, chasing whatever small comforts could be found.   Eventually, Corinna made contact with some people who traded a lot of cash for some of the trinkets they had collected along the way. Her ability to get the job done, and without anyone knowing anything had happened, made her quite popular. She never asked more questions than was necessary, but through this position, she was able to provide small lodgings and steady meals for her and her brother in the busting city of New Carydam.   Safety would not ever be achievable for Corinna and Fritz however. No matter how hard she tried, she ended up unable to protect Fritz. Returning from a job one evening, Corinna found her brother to be missing. Fritz never left the house without her. What's more, his strange collection of sticks, moss, bones, and rocks was spread out across the floor. He did this when reorganizing or admiring his collection, but he always cleaned up afterwards and would never abandon it. The hairs on the back of her neck stood on end and a current of energy ran down her spine. She could feel it: The Displacement.   No, Fritz was not missing. He was gone. 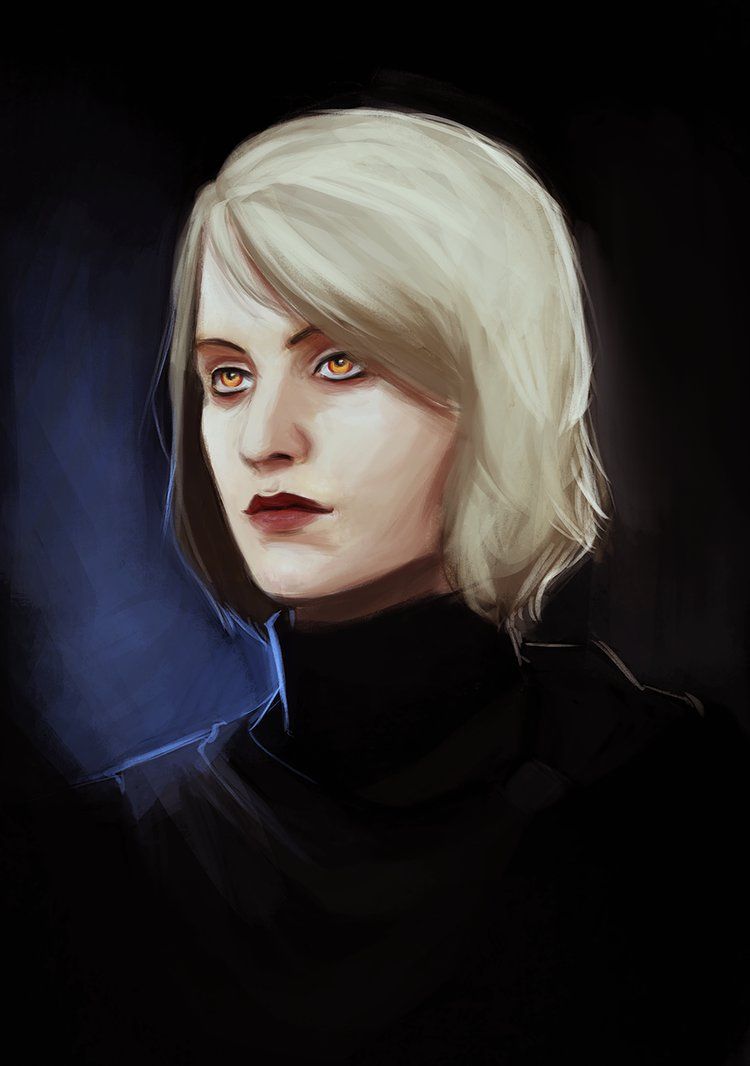