Game of Tomes    Lore    Organizations    Bodyguard Units      Brocktrees
Article written by Shyredfox with assistance from House Meles. In the Game of Tomes, an important personage, such as a House Leader or a charity-supporting mercenary, is allowed to have up to four "body guards". If their charge is selected by the Wheel of Misfortune to join the Undead Horde, one of those bodyguards, chosen randomly, can take their place instead. This is strictly voluntary, both on the part of the Tome Knight being protected, and the Tome Knights who offer to volunteer as tribute in their place.
Welcome to the home of the elite House Meles royal body guard! Here you can learn about the members and the unit. Note that trading cards for each of the members aren't available quite yet.

Captain Purpleheart
Leader of the Brocktrees. She carries a finely honed, double-edged, blood crescent axe. Her literomancy is as sharp as her blades.

First Lieutenant ZoeTheWriter
Zoe carries an ultra-keen, battle-worn atgeir. Her trusty polearm has seen as many battles as her literomantic skills.

(If asked why she is a Chief Master Sergeant instead of an officer, Fox will tell you—she felt enlistment suited her better. Despite being a veteran from House Apis, she serves best by carrying out orders. Her Self Care Mafia leadership role is enough command for her.)

General Galakrond
A most excellent leader, and we thank him for his leadership and service. Our king, Darth Nikolas—in his wisdom, felt that having his heir as a guard conflicted with the royal line of ascension.   The General parades the grounds occasionally and every Brocktree stands at perfect attention, hoping to hear a stirring word from our beloved General. He enjoys checking in on the troops and tending the arcane wards that are in development. Further details on the wards are unavailable, as they are top secret.   General Galakrond mainly uses literomantic spells and conjured monsters for battle. Occasionally, we see him wielding conjured bo-staves, knives, and swords. Although it's not disciplined fighting, the potential for it to be is extremely vast.

Besides the weapons each of the Brocktrees wields, we are highly proficient in literomancy.   **The Brocktree every day carry includes a magically enhanced journal with infinite pages and pens that never run out of ink. We often choose to fight with our words.

Words are mightier than the sword, and with them we can create what we need for battle.

They exercise a variety of skills in this capacity, and may be called upon to serve the function of bodyguards, special forces, security, policing, military command, and intelligence.   Every Brocktree is trained to understand and work with the band of young honey badgers. Though they appear wild and rowdy to the rest of the GoTverse, we know them to be smart and loyal and capable of much more than they seem. They often assist in ███████████.

We're actively recruiting! His Majesty's guard is full. But the Royal Consort and Prince have spots open for guards.
This article is a work in progress, and may be subject to changes. 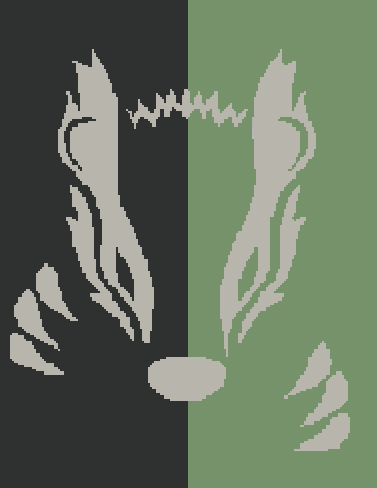 This elite unit is named after the honorable and brave Lord Brocktree from the Red Wall books.

Join Game of Tomes Discord!
All content not otherwise specified is copyright (c) 2023 by Aradia Publishing. All rights reserved.   All public Game of Tomes videos are released under a Creative Commons, Attribution, Non-Commercial, No-Derivatives license