This is intended as an introduction to either:   EXT - Exterior
INT - Interior

Background, cloudy sky with some blue patches. Foreground, the Tower of Babel. It appears to be wider at the bottom than the top.   We start at the bottom of the tower. It looks primitive and appears to represent a time period, the Stone Age.   A few people sit around a campfire. They are wearing furs.   The camera zooms in on the tower and appears to go up the tower. While doing so, the architectural style changes with each age.

The Iron Age looks particularly Roman. We hear and see marching Roman soldiers upon a Roman road.   Pan one Level up.   The Middle Ages looks distinctly English with its castle type battlements. The sky turns dark as a storm is about rage. We hear a blacksmith's hammer clang on the anvil and the hiss of the quench as we see the blacksmith quenching a sword.   Before we pass all parts of the medieval period we hear a rat squeak and see the storm rage.

The next is the Renaissance. We hear paintbrushes on canvas, and ships creaking in the breeze.   The clouds in the background have miraculously dissipated. While the storm is over there is some cloud, but they are white and wispy.   We see a typical trading port with period ships being docked, and wares being unloaded.   The screen dims out but does not cut to black.

We hear and see industrial machines driven by steam and hear repetitive piston sounds. It must be the industrial period. ( https://www.wikiwand.com/en/Stationary_steam_engine )   The camera pans out to focus on this section of the tower. This part of the tower is creating a large amount of pollution and looks Victorian.

As we reach the next part we hear rapid gunfire. As we hear this, a Spitfire comes from behind the tower, files towards the camera, and fires. The Spitfire flies out of shot as the viewer assumes humanity has reached the Second World War.

As we reach the next part, the tower is now made of concrete in rough brutist architecture. It looks like an eyesore.

We hear a dot matrix printer. Then we hear and see a page being torn off the printer.

Next, we see a server bank, with its green lights flickering. Here, the Tower of Babel looks like it is made out of glass and steel.

We see a person typing on a CRT computer and order food. They hear a doorbell and get up. Once they return with their pizza, the computer monitor has been replaced with an LCD flat-screen.

Next, our screen changes and the light dims, as we see a (biological) virus revolving on the LCD screen. The camera pans right and out of the window.

The scene is glum as every generic person is wearing a mask. The sky is overcast and depressing. It looks like the storm has returned.

As the blue sky breaks through the clouds, we see people wearing more stylish clothing and no masks. It appears to be further in the future.   The camera looks over someone’s shoulder, as we see a video of a rocket take off on their smartphone.

Cut to see the rocket leave Earth into the inky blackness.   Cut to a Manned Mars colony. This looks primitive for a Mars base and early in its infancy. Someone is reading an ebook that appears to be near the end. It is historical in nature, showing a picture of a smartphone displaying a globe with lines connecting to different locations. Once they put the device down they look pleased and proud.

We cut back to the Tower of Babel. The top looks futuristic; it is almost hard to tell how far into the future the tip of the tower is. The camera holds the frame as if to ponder this.   After a few seconds, we see the tower again. A section of the tower breaks and falls. The new top is back in the Industrial Age.

The camera pans above the tower and flies off at great speed.

When it finally slows to a gentle pace we see a city. Like the new top of the Tower of Babel, it looks Victorian.   The city is in a circle formation with four concentric rings. The middle hole has an Arena that is similar to the Colosseum, but is more victorian and completed. The area around the Arena has gardens and public squares with 12 cobbled roads stretching off from the centre. Some parts appear to have electric streetlights, although they are flickering. A section of the city at 7 O’clock has a blackout.   Pollution seems to be coming out of, Zone 3, one of the rings that is the Second from the centre.   The camera zooms at the city at the 4 o’clock position.   Seeing that, we are now looking at Zone 4, the Market Zone. The second to last Zone.   The camera moves to eye level.   We are now at the level atop of buildings. We can see people going about their business. They are wearing faded clothes. No whites or bright colours can be seen to be worn.   There are market stalls of two columns, and people walking in between. We see some passing of coinage and goods.   The market stalls are selling food items baked, canned (vegetable and fruit, not meat products), and bagged products.   The camera comes to eye line in front of the markets. With a joining street being seen on the left, however, we can't see much down that street. No general mood of the crowd is apparent.   A messenger comes in from the left of the screen wearing a red polo shirt and black cargo trousers, the uniform stands out among the crowd. He appears to be shouting for someone, although we can't hear them. The recipient, a stall owner, waves at them, getting the messenger's attention. The messenger hands them a folded piece of parchment-coloured paper that has a red wax seal. We do not see the reaction of the stall owner opening the message.   The screen darkens to black   FIN

An Inspiration for this Article was Civilization 3. 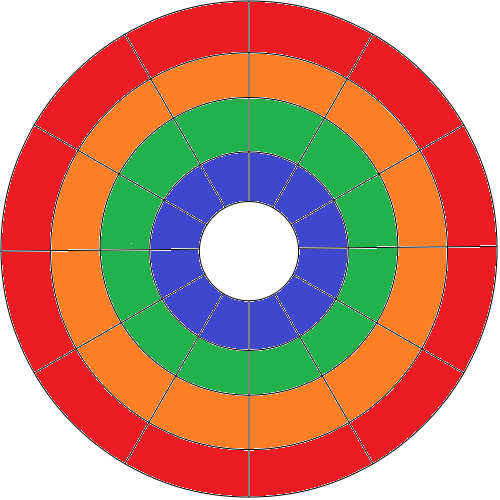 Thanks James as i never knew that the Tower of Babel was a thing, until Twitch chat (hi from chat) said so; here's the wiki link.