Frantumare is going through major renovation. Information will be moving about and changed throughout this time. Thank you for your concern! 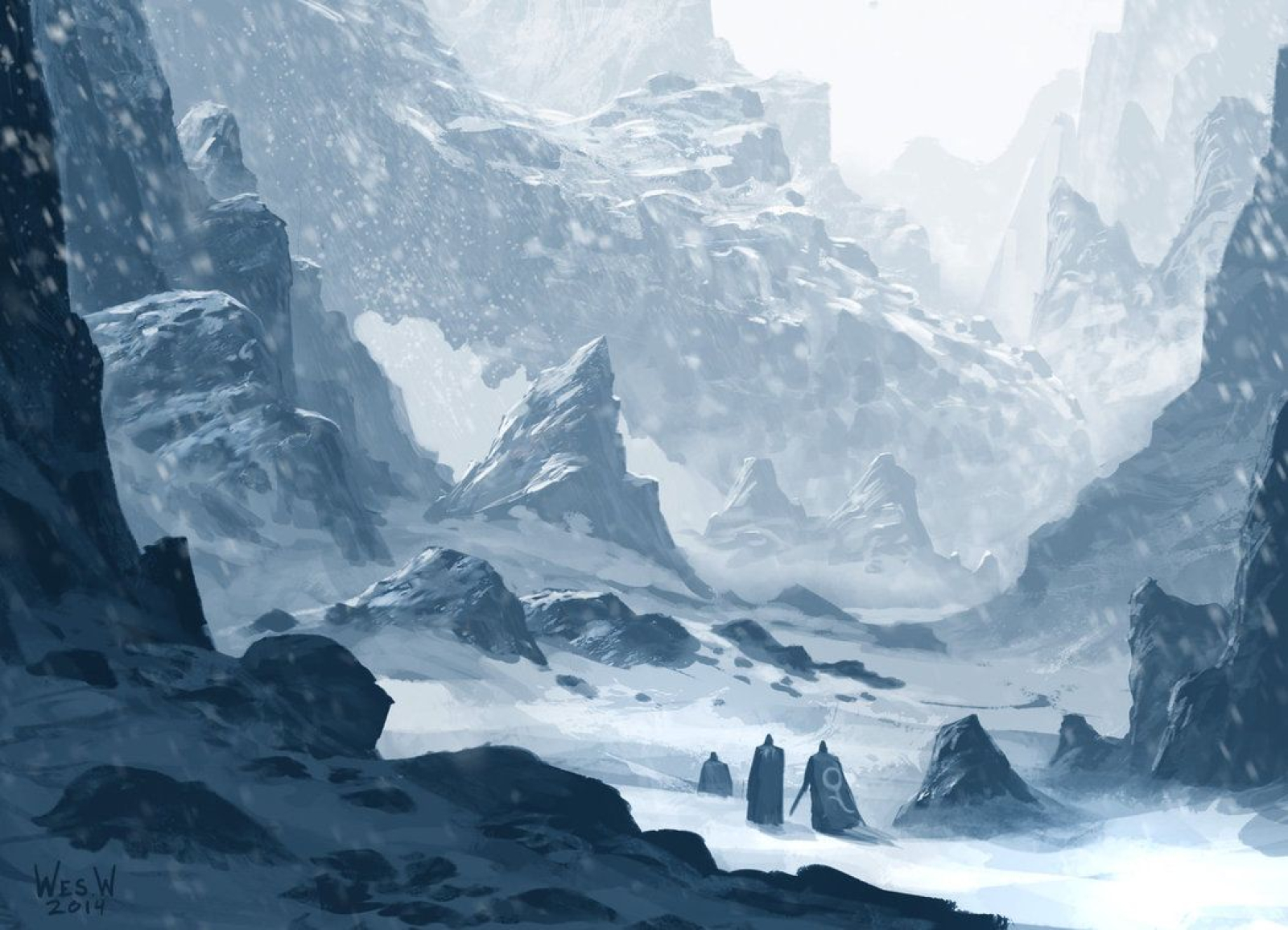 In the Northern part of Frantumare, lies the Land of the Snow christened as Soucriant. The region is covered in eternal snow, jagged with mountains and hills fit as a fortification from attacks. It becomes a home for a group of Feras establishing themselves in the caves, proclaiming the civilization as Kholodno and calling themselves as Kholodnese.

The terrain of Soucriant is jagged with mountains and hills, blanketed with snow and icicles. The waters are frozen and the trees are naked from leaves. In the base of the mountain, there are caves and grottos where the Kholodnese made their home.   Soucriant is surrounded by sea where the Kholodnese main source of sustenance comes from. The waters can be seen sparkling in the snow fall and the beach are rocky bluffs that prevent corrosion of the land by the waves.

Hard to find much life in Soucriant as everything is covered in snow. There are some spots of tundra where life can be found underneath the snow, trees bared from leaves and small animals hiding and hunting. This discovery is rather surprising as there were no signs of life prior to the establishment of Kholodno, but with the help of an artifact, life is able to sustain in Soucriant, albeit just a little.   Kholodnese lives in caves, where the ecosystem consists of fungi and ice stalactites that provides water sources for the residents. Their most prominent animals are the Snow Bitzer, the thick-furred canines that serves to pull on their sleighs and hunt for provisions. The Bitzers also serve as war canines and trained to take orders from their trainers to attack and reprimand.
Alternative Name(s)
Land of the Snow
Type
Sub-continent
Related Ethnicities
Inhabiting Species

Answering: "an inhospitable region or geographical landmark"
Visit Cryssalia's Competition Page Check all other answers to this prompt Competition Homepage