The Tree that Touches the Stars

A classic fairy tale from the Tauraise people of Arezh Forest, explaining the origin of the tallest tree in the forest.
In the days of old when the world was young, a woman named Tiphaine lived in the Arezh forest. Tiphaine was the daughter of a Lady, who took pride in her beauty. Her skin was warm and rich like honey and her hair so black and shiny, obsidian was embarrassed.

When Tiphaine came of age, a wealthy merchant asked for her hand. In exchange, he offered a crystal goblet that sparkled in the sun.

Tiphaine was distraught by this, because she already had a lover. Her lover was Perrette, a simple trapper who came to her at night smelling of pine and the wild. Perrette loved Tiphaine to excess, but she could not hope to match the gift promised by the merchant.

Knowing she would lose her beloved, Perrette set out into the forest to face her grief alone. She wandered far from the town, leaving the trail to walk over the spongey moss floor.

After several hours, she came across a tree, its trunk hollowed out by fire to leave a cave within. Within the cave sat an old woman.


When Perrette saw the stranger, she bowed. “Well met. I apologize for intruding.”

“It is no intrusion to me. What brings a maiden so far from home?”

Perrette explained her situation, and how she was going to lose her beloved to a wealthy man. After hearing the tale, the old woman asked, “What would you give me for a goblet even more fine?”

“I have nothing to give.” 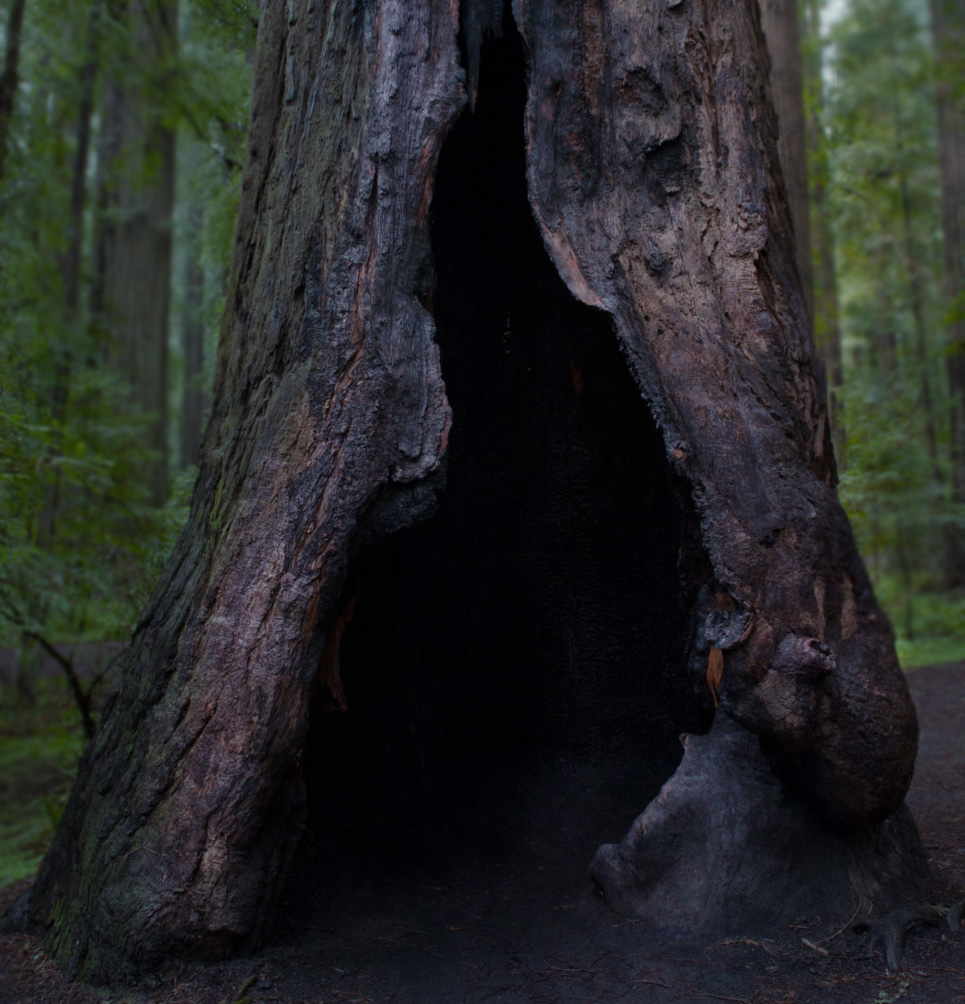 This seemed a fair price, so Perrette sang her favourite song for the woman. When she finished, the woman pulled out a goblet that shimmered like light frozen in the moment. “Take this and win your love.”

Perrette thanked the woman and hurried home. On the way, she tried to hum her favourite song again, but found she could no longer remember the tune.

Once home, she presented the goblet to Tiphaine’s mother and requested Tiphaine’s hand in marriage. Tiphaine’s mother considered the beautiful cup and agreed. The women were overjoyed, but the merchant would not be dissuaded. The next day, he came back with silver earrings worth more than half the town. Once again, Perrette lost Tiphaine.

But Perrette would not give up. She retraced her steps to the old woman in the charred cave. “Please! Allow me to purchase something that is finer than silver earrings.”

“What would you give me for earrings finer than the purest silver?”

“I have nothing to give – not even the song I gave you yesterday.”

“Will you give me your favourite food?”

Perrette agreed, planning to bring her a basket of honey pastries in payment the next day. The women handed her a pair of earrings made from drops of moonlight. “Take these and win your love.”

Perrette triumphantly presented the earrings to Tiphaine’s mother. They were very beautiful, her mother agreed, and for them, Perrette could wed Tiphaine.

The women celebrated that night with a feast. They enjoyed the meal while seated side by side, shoulders pressed close together. But at the end of the meal, when Perrette took a bite from a honey pastry, the flakey bread turned to ash in her mouth.

Their joy was short-lived. When the merchant heard of Perrette’s gift, he came back with a sculpture of a tree, each tiny leaf engraved from pure gold. Sunlight dazzled on its shimmering leaves. It was grander still than Perrette’s earrings, and Tiphaine’s mother changed her mind again.

Perrette was devastated. She realized that it didn’t matter how many times she went to the woods to bring back a gift; the merchant would just come back again and again. She told this to Tiphaine, who agreed. They would never be allowed to live in happiness together as long as they relied on permission from her mother, so the pair decided to flee.

They travelled deep into the woods, but still Tiphaine could not relax. “No matter how far we flee, my mother will find us.”

“There’s no need to fear.” Perrette clutched Tiphaine’s hands. “If your mother tries to take you away, I will come for you.”

“Even if she takes me far away?”

“There is nowhere she could take you that I won’t come for you.” With that, Perrette stood on her toes to kiss Tiphaine.

They spent the night between the roots of a tree, huddled in each other’s arms. But Tiphaine’s worries were correct. Just after the sun dawned, her mother arrived with her wildcats. Perrette could only watch as her beloved was taken away.

Perrette returned home, determined to sneak away with Tiphaine once more. But Tiphaine’s mother had not merely brought her home. Outraged at her defiance, Tiphaine’s mother banished her to the sky. Perrette gazed at the constellation, grieving Tiphaine’s fate.

She had spoken true, though. There was nowhere Tiphaine’s mother could send her that Perrette would not come for her. Perrette travelled to the old woman in the tree for a third time and explained what had happened.

“Please,” she begged. “I need to reach her in the sky. What can I give you to allow this?”

The old woman thought for a long time and then said, “Will you give me your humanity?”

Without question, Perrette replied, “If that’s what it would take.”

The woman stood and clasped Perrette’s hand. With a flash, Perrette exchanged her humanity with the tree spirit, for that is what the woman was. Perrette’s feet sank into the ground, her legs grew, and she reached her arms to the sky.

Below, the newly human woman headed to the town to sing songs and eat honey pastries, but Perrette paid her no mind. She had been transformed into a tree that stretched above all others in the forest. The tips of her boughs brushed the sky and there, high above the town and the forest and the mother, Perrette and Tiphaine held hands once more.