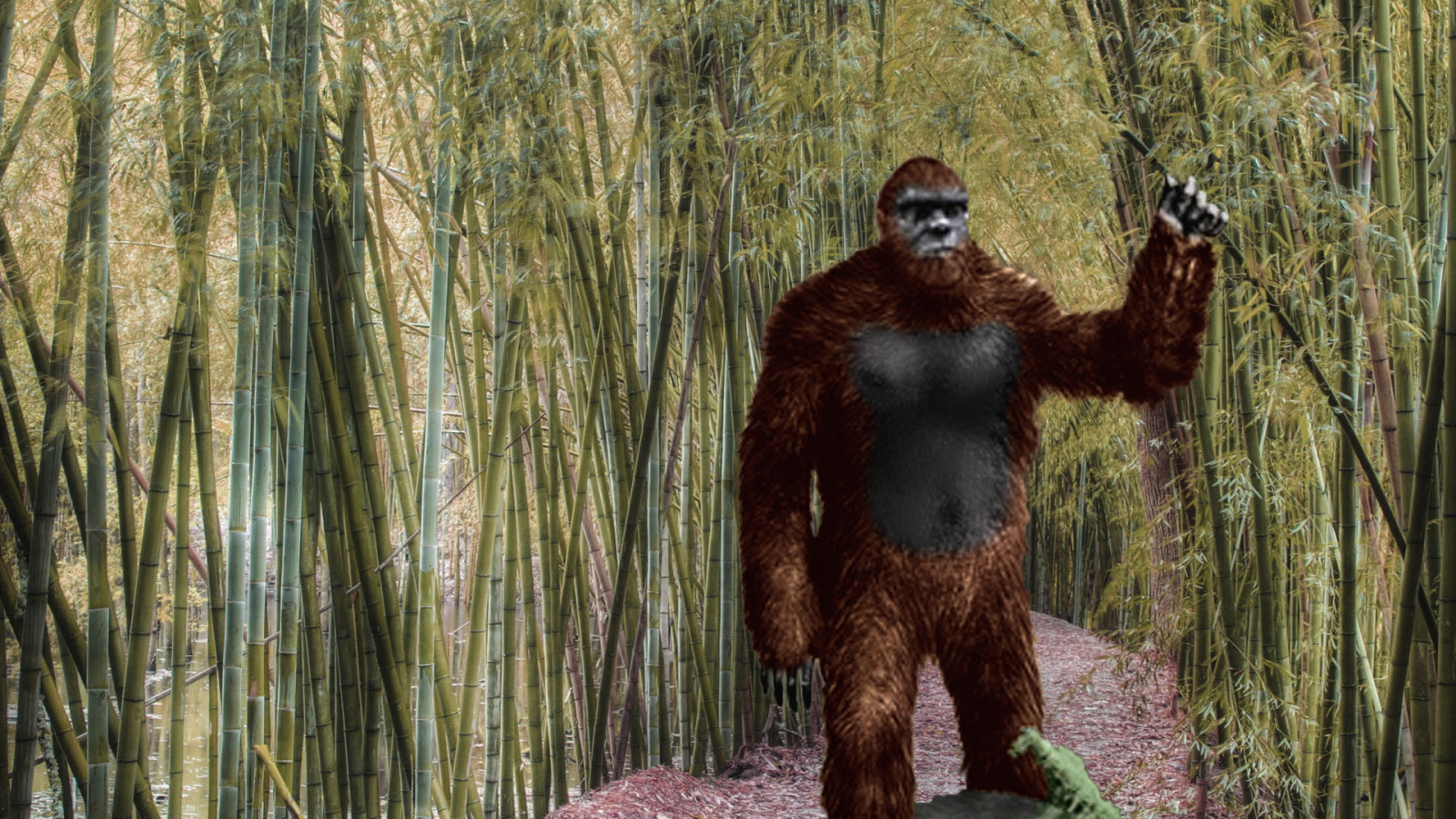 Nobody goes to the islands off the coast of western Pampia. Records going back centuries contain references to the frightening race of giants who make the islands their home. The giants are unsocial, warlike, and barbaric.

During the Third Age, an expedition set out for the islands to try to make contact with the barbarians. From the beach, they found a trail into the jungle. The trail had enormous, human-shaped footprints, which they followed with trepidation. After a long walk into the jungle, they came to an encampment surrounded by bamboo. Within the bamboo, they found the giants.

The giants were huge and naked, but covered in shaggy hair across their backs and limbs. Some of them worked to strip meat off a dear using sharpened stone. A crackling fire beside them waited to cook the meat.


The explorers stepped forward to make themselves known, but the giants did not take well to the intruders. They leapt to their feet, towering over the explorers, shouting and snarling. The explorers tried to communicate that they came in peace, but the giants weren't having it. They charged, and the explorers had no choice but to flee. They returned home, and wrote off the islands as still being the domain of unfriendly barbarians.

In the Fourth Age, another group of explorers once again tried to make contact with the giants. This time, they remained hidden while observing the giants for a few days in an attempt to learn their culture before barging in. After a week of observation, the leader of the expedition decided the giants were a lost cause, and that contact should not be made. He wrote this on the subject: 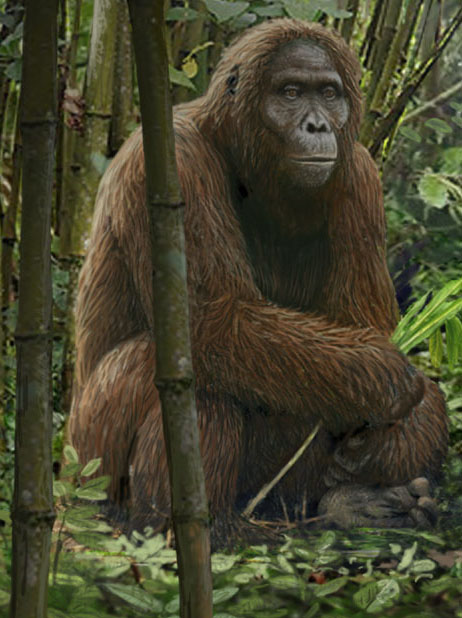 
For generations, the giants have lurked on the edge of the world. They were huge, strong, violent, and frightening. We always feared that they would one day grow tired of their islands and launch an invasion against us. I'm writing today to say that this is unlikely to happen.

For one, they do not have boats and I do not think they have the technology to creature them. I don't think they could reach the mainland even if they wanted to.

What is perhaps most surprising is that I witnessed giants help a fellow limp home after being injured on a hunt. They clearly cared for him, but, regrettably, he passed away in the night. The next morning, I expected his companions to bury him or memorialize him in some way, but there was nothing of the sort. They simply moved on, leaving his body abandoned and exposed without a thought.

These "people" have no art. They have no funerals, no clothing or concept of shame, and a language that sounds closer to the hoots of orangutans than our own words. It is my belief that giants are nothing more than exceptionally large apes that happen to share our upright posture. 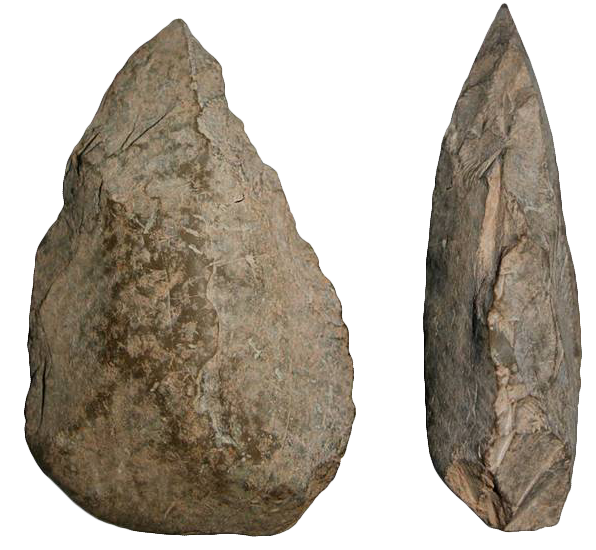 Hand Axe by Arqueologia Paleorama EnRed
They have two main technologies: fire and hand axes. They use fire to cook food, and for warmth on the rare occasion that it gets cold at night. They create fire by striking rocks together to get a spark. Once they have made a fire, they do not light torches or move it.

Their other industry is hand axes. They make these by take a rock and carefully smashing it against another rock to chip off pieces and make a sharp edge. The axes are made to fit comfortable in the palm, and are never attached to any sort of handle. These are used to cut meat off of bone.

Males are stronger and more dominant. They live in communities with mixed numbers of males and females, held together by common interest and friendship. The most dominant male is the leader of the band, and he takes the most dominant female as a mate.

Giants are typically monogamous, but a young male who displaces the old leader will take his mate, and shake up the order of the band. This also happens if a female challenges the alpha female's position as the leader's mate. Confrontations usually consist of shouting, snarling, and only preformative violence. It will lead to actual violence if one of them doesn't back down, but they don't like to risk an injury by actually fighting if they can avoid it.

They have generally humanoid faces, but the proportions are closer to an ape's, with broad, flat noses. They have pronounced brow-ridges and a small forehead (their brain case is smaller than a human's).

The intelligence of giants is a subject of debate, but it's understood that they do not have human-level intelligence. Giants are able to make stone tools and they know how to make and control fire. They have a basic language that lets them coordinate hunting, but they seem to be capable of expressing only rudimentary ideas.

The primary difference between a giant and a dim-witted human is that giants do not have imagination. They live purely in the present moment. They do not - they can not - plan beyond the next meal, and they have no concept of souls, afterlife, or commemorating the dead. They have no culture, no stories, and no civilization.

Although they walk like humans, use tools like humans, and appear to communicate with humans, they are not us. They are very intelligent apes, and will never communicate with humans on anything close to an equal level.
Lifespan
50 - 60 years
Average Height
10 feet
Average Weight
1,000 lbs
Body Tint, Colouring and Marking
Their skin is dark grey with red to brown hair covering their bodies
Mammals